Fowl Play: How to Hit the “Gimme” Mallard Every Time

Missing this shot hurts—especially in front of a crowd. Follow these tips to make sure you never whiff a decoying green head again 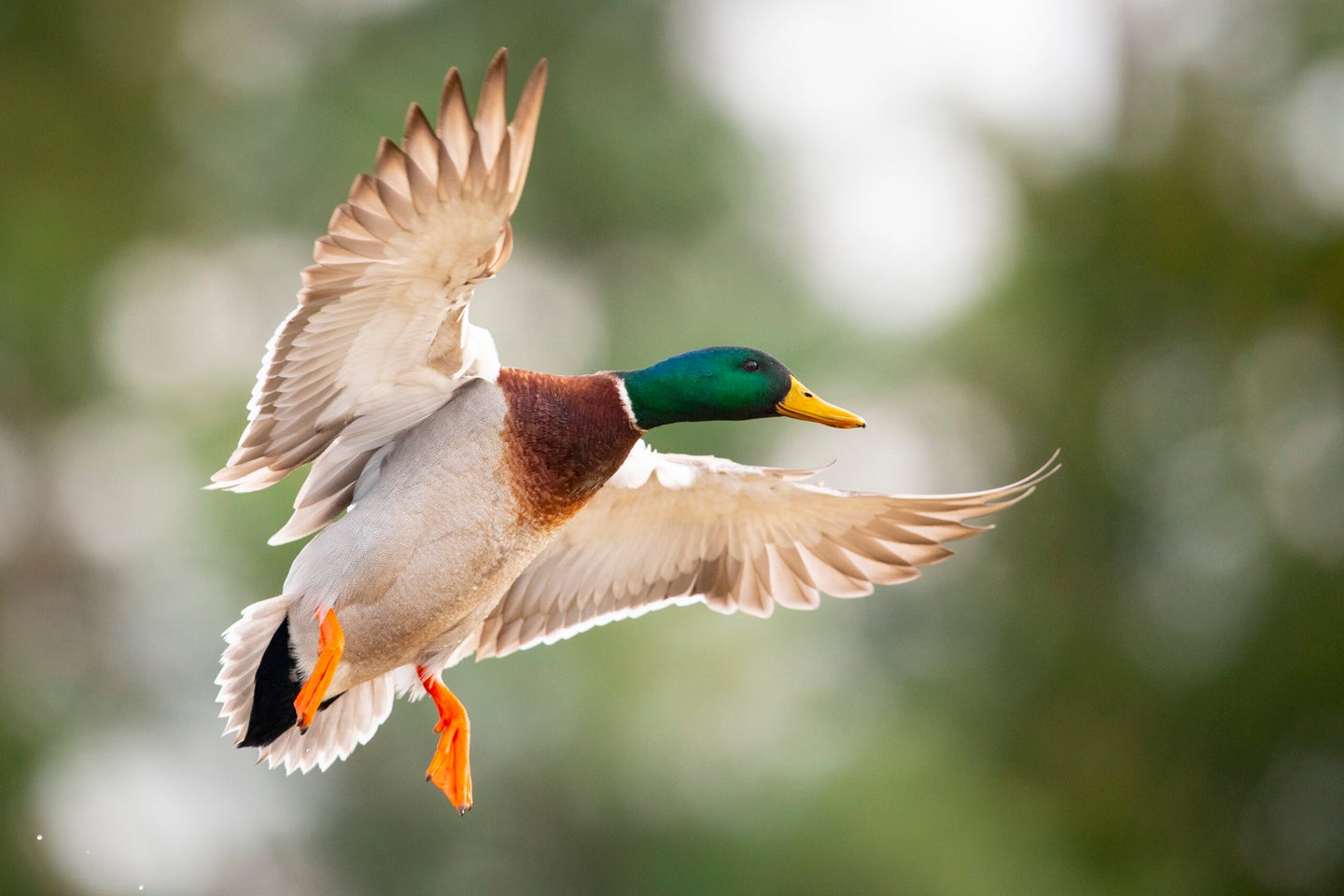 The 25,000 mallards sitting in the refuge left in waves every afternoon to feed in the cornfields nearby. Tim and I didn’t have permission in the fields, but we did have what we hoped was the next-best thing: the go-ahead to hunt a shallow lake on the flight line between the fields and the refuge where we hoped to pull in a few birds as they traded back and forth.

First, though, there was ice to break. We cracked the ice into the biggest sheets we could and slid them under the standing ice. Once we had enough open water for a couple dozen decoys and room left over for ducks to land, we threw out our dekes and hid in the weeds. We saw mallards trade overhead by the thousands that afternoon, oblivious to our spread. But, there really is one in every crowd. A single drake took us up on our invitation, dropping on cupped wings from on high. “This one’s all yours,” said Tim.

I stood up and ran my gun to the plug. The duck flew off.

Missing a gimme shot like that one hurts, especially after the hardship of breaking ice and shivering in the bushes. Missing in front of an audience makes it worse, and so does going home empty handed after blowing the only chance of the day. No one should miss a decoying duck, but we all do. Trapshooters have an applicable saying about their targets: “They’re all easy, and they’re all easy to miss.” The same is true in spades about ducks in the decoys. Here’s how to make that shot.

How to Nail Decoying Green Heads

We get excited when ducks come into the decoys. We should. It’s why we duck hunt. Making the shot starts with managing that excitement. As you watch the bird come in, use that time to prepare with a pep-talk. Keep it positive, and focused on what you need to do to make the shot. If there are more than one duck coming, tell yourself to pick one, and when you pick one, tell yourself to look at the head, or the bill.

Mallards are big ducks. At 40 yards, they look like they’re in range. At 20 yards, they look huge. Wait for huge. (I didn’t wait long enough when that green head came to the hole in the ice. Shooting too soon doomed me from the jump.) Now when birds come in, I tell myself over and over, “Let them come close,” and hold off until they are backpedaling over the hole or hanging 10 feet over the water.

Move slowly. You’ve got time. The duck doesn’t know you’re there. A rushed mount risks a bad shot or tangling your gun up in your parka. Push the muzzle out at the bird to clear your coat, mount, and shoot at the head. The bird is close enough, and moving slowly enough, that you don’t have to lead it. Shoot right at it, and keep your cheek on the stock of the gun until after the bird falls. Lifting your head off the stock makes the gun shoot high, and since your target is hanging or even dropping a little, that’s a bad thing. The world is full of ducks that survived a wrong turn into a decoy spread because someone lifted their head.

Ammo Tip: The Right Load (and Choke) for Decoying Mallards

I once spent a morning in a blind watching three experienced duck hunters on a day when flock after flock of mallards decoyed perfectly, offering 15 yard shots. They eventually killed limits, but only after a lot of missing. As we picked up empties after the hunt, I noticed all three of them were shooting extra-tight-patterning tungsten-iron loads, and they all had tight aftermarket chokes in their guns, too. It’s not easy to put a pattern that snug on a close-range duck. Steel shot is more than enough for close-in mallards. If you shoot only close-range ducks, say, in the flooded woods or other close quarters, shoot the 1 ¼-ounce BXD load of 4 shot, which should open more quickly than a load of 2s will. Of course, you’ll have to pattern your gun to be sure.

Personally, I’d stick with 2s in the (sometimes mistaken) belief that I can shoot well enough to put a tight pattern on a close-in duck’s head on days birds decoy well. With the bigger shot, I am ready for them if they don’t finish all the way, or on days when the wind is blowing hard enough that a flaring duck can get out of the hole in a hurry if I miss with the first shot. Also, with 2s I’m ready if a goose wanders by, which happens fairly frequently where I hunt.