Be a Deadeye: How Vision Affects Your Shooting 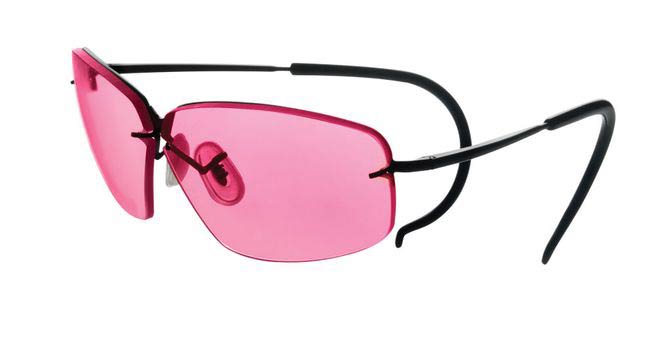 Granted, Ahab was not the best-adjusted guy, but he did have a point. Eyes are highly useful to shooters, and it’s even better to have two than one. I learned about this officially when I was inducted into the Army.

“How many eyes you got?” said the Sergeant First Class, who was on TDY (temporary duty) awaiting reassignment from the 101st Airborne Division and would much rather have been jumping out of airplanes and shooting people than processing recruits.

“Can you see out of both them?”

Good vision is helpful to shooters, but not absolutely necessary. In the 1980s there was a benchrest competitor named Gerry Masker whose vision was so poor that he was legally blind. He was, however, highly successful in printing very small groups, courtesy of spectacular glasses and a much-cobbled-on scope.

Where most people run afoul of their eyes is in the matter of handedness versus master eye. Warren Page, whose nickname was Lefty because he pitched left-handed for Harvard, and was in fact a southpaw, shot right-handed thanks to a dominant right eye. I, who did not attend Harvard and pitched for no one and am right-handed, shoot left-handed because of a dominant left eye.

As I understand it, your brain is programmed to favor one eye over the other almost regardless of the acuity in your ocular equipment. From what I’ve observed this impulse is much stronger than handedness. I’ve seen new shooters who were right-handed go through the damndest contortions to get their dominant left eye behind the sights, and vice-versa. (If you’re not sure which is your dominant eye, the test is all over the Internet, so I won’t weary you by describing it here.) And, for what it’s worth, mixed dominance, such as in Page and myself, is more common in women than in men.

The solution to all this is simple: You go with the stronger eye regardless of which hand you favor. Some people close their dominant eye or wear glasses with a hunk of tape on one lens to block the eye, but all they’re doing is handicapping themselves.

And some other notes: Previously I mentioned the need to protect your hearing at all times, including when you hunt. Add your eyes to the list. Wear glasses whenever you pick up a firearm. Many ranges now require you to do this.

When you hunt, you also need to wear glasses, not because your gun may blow up, but because you stand an excellent chance of being seriously poked in the eye. This has happened to me four times. If you’d really like to take the fun out of a hunt, get stabbed in the eyeball by a branch, or lashed across it.

And while on the subject of eyes, and glasses, I’d like to say a few kind words about Decot Hy-Wyd Sport Glasses, with whom I’ve been dealing since 1974. The Hy-Wyd part refers to the fact that the glasses are made for shooting, not driving or sailing or fishing, and have wider than normal lenses that ride high on your face so you’re not looking over them when you put your head down on a stock.

Decot has been around for more than 60 years. They don’t screw up orders and they do what they say they’re going to do when they promised it—or sooner. A couple of days ago I called to order a whole set of new lenses as the result of cataract surgery. The nice lady with whom I spoke was familiar with cataract surgery, and all its lunatic ramifications for shooters, and when I told her I needed lenses for competing in F-Class matches, she knew exactly what F-Class was, and what I should get.

Decot is a pillar of the industry, like Brownell’s. I don’t know what I would do without them, nor do I like to think about it.