There are different kinds of hearing loss. The proper name for nerve deafness, which is the classic shooter’s deafness, is... 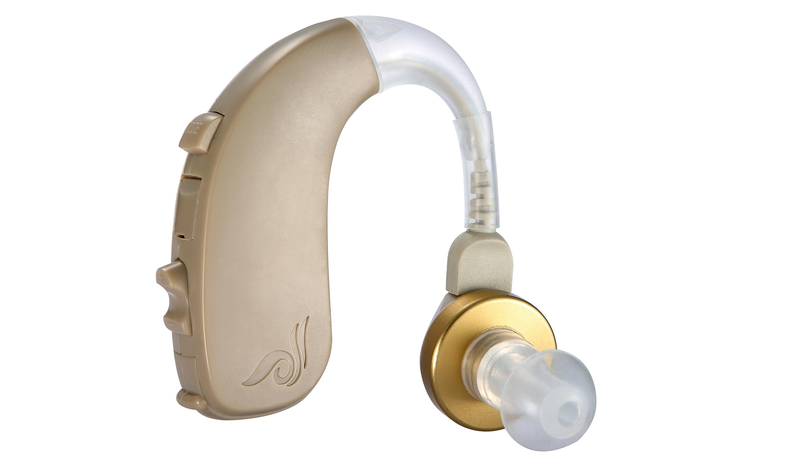 There are different kinds of hearing loss. The proper name for nerve deafness, which is the classic shooter’s deafness, is sensoineural hearing loss. Most often, this results from the destruction of the ciliae, or nerve fibers, in the inner ear. They can be wrecked by either repeated loud noise, or by a single really big blast. In the case of shooters, hearing loss is almost always accompanied by tinnitus, or nonstop ringing in the ears. (See part one here).

As deafness progresses, all sounds become muffled and indistinct. Some you are unable to hear altogether. You can hear voices, but you’re unable to understand what the voices say. If a person speaks softly, or quickly, or turns their head away from you, or speaks from another room, or with an accent, or clenches their jaw or their lips as they speak, or any combination of these, you are s.o.l.

Since it’s deprived of sound, your brain loses the ability to process sound. People with normal hearing receive a constant stream of small sounds and are used to categorizing them on a subconscious level. Deaf people rarely hear sounds, small or medium sized. Only the really big ones make it through, like the mountain-lion screech of Hillary, or the bellow of the enraged Trump.

Sound, rather than being a natural part of your life, becomes an annoyance and a distraction. The people I know who wear hearing aids, including myself, can’t wait to take them out and get some peace and quiet. I know of a man who became so depressed by this that he moved to a farm in North Dakota where he hears nothing but the wind. He is much happier now.

As small sounds become inaudible, loud noises become absolutely unbearable. This is because of a phenomenon known as “recruitment.” Since your ears are working as hard as they can to pull in sound, when something really loud comes along, it arrives at an astonishing level. When I worked in New York City and a fire engine drove by, siren blasting, I would clap my hands over my hears as people with normal hearing stared. Gunfire, to unprotected deaf ears, is like having nails driven into your skull.

Tasks that don’t merit a second thought from people with normal hearing become major obstacles. Airports are what hell is like. When you check in, the person behind the counter will have her/his/its head down reading your information, and you won’t understand a word that’s said to you. The sound systems invariably suck, and the people chosen to read announcements are those with the most incomprehensible accents.

On board a plane, your hearing aids will pick up engine roar, and nothing else, so you take them out and watch the other passengers to see what you should be doing, such as bracing for a crash. The bright side to this is that if you take out the hearing aid batteries, the devices will block out the screeching of the brat in the row ahead of you.

In a car, hearing aids pick up the tires and the wind noise. This cancels out both music and conversation.

A couple of months ago I made a reservation with Holiday Inn and found myself speaking with a young man whose English was almost incomprehensible. After we finally got the job done I asked him where he was located in the world. Bombay? Calcutta?

No, he said, Manilla.

And what’s your native language, I asked? Tagalog? Turned out I was right.

As far as your social life goes, you need to develop a vacuous smile and an agreeable nod, because if there are more than two people in the room you’re not going to understand anything, and you have to pretend that you can.

When you go to a movie, you’ll be unable to understand the dialog, so afterward you Google it and find out what happened.

The deaf get no help. If you turn your head to the side so that people can clearly see what’s in your ears and say, “Excuse me, but I’m deaf. Would you mind speaking slower and louder?”, they’ll hesitate and then go on exactly as before. If by some miracle they do slow down and turn up the volume, it will last for one sentence.

I’ve found that, in order to get any results, you often have to be impolite. When this happens, the mumblers, the whisperers, and the jabberers sometimes take offense. Your response should be, “Get your manager over here.”

In the next installment, what you can do about deafness.