The Whiner of the Year

I didn’t know how good I had it 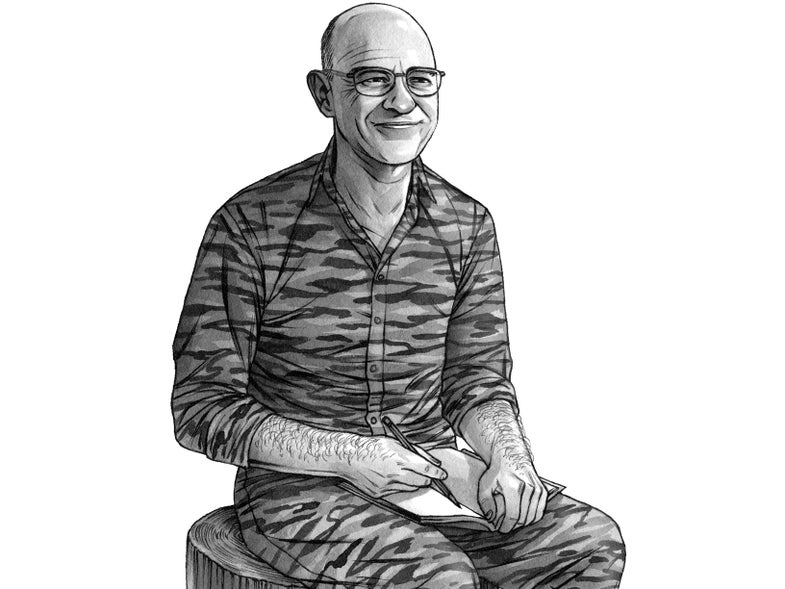 Between the ages of 40 and 60, men age steadily but slowly, like the wine stain from a glass you didn’t realize you’d knocked over. True, you lose a step, but you are—for the most part—still in the game. You cease to register on the radar of young women you pass on the street, except when they hold doors open for you. And, no longer immortal, you count the life preservers on the boat before you leave the dock and check your treestand harness twice before ascending. But if you work out, you can still manage most of what you’ve always done. Just not as much of it.

I’ll be 62 next month. Those AARP invitations—death’s way of asking if we can be pen pals—keep arriving but have no more impact than the flyers for Gutter Helmet or for asphalt sealing our gravel driveway. Not long ago, my foot clocked out early after a walk. It went numb. The associated calf muscle stiffened up. I developed a fairly debilitating limp. The doctor, suspecting a pinched nerve, said half of such injuries heal themselves in two months. Mine was not in this half. There followed X‑rays, an MRI, consultations. It was my old physical trainer, Terry, who set me straight. She had me walk on my toes, and my right leg folded like a soda straw. Perusing the MRI, she shook her head.

“I’m not even gonna work on you, honey. When you lose muscle control like that, it means surgery. Don’t put it off.” I stood there in my shorts, staring at the gray wall of the examination room. I’d just crossed into Injun country. I’d always assumed that my body and I were in this thing together. My body had just said that it wanted to see other people.

Ever the optimist, I went straight to worst-case outcomes. What if the surgery didn’t work? What if I’d already waded my last river, climbed up to my last treestand, shouldered my last canoe?

Michelle tried to reassure me by quoting her grandmother: “If you and everyone you know sat around a table and put their problems in the center, you couldn’t grab yours back fast enough.” I pointed out that her grandmother was dead. This was not well received.

I did tell one old friend, Marcos, who has always met life’s challenges with admirable grace. An independent IT consultant, he has endured the stints between contracts confident that another will come along. He has had bone cancer for so long that most of his friends take it no more seriously than he seems to. Marcos said he understood my anxiety about surgery. It was normal. Then he told me that he was having a stem cell transplant. They’d already harvested the cells. They’d installed the catheter in his chest. He was about to head into the hospital for chemo to kill everything in his body. Then they’d introduce the harvested stem cells and—since the least infection could be lethal in his weakened state—keep him for another couple of weeks. Then he’d be discharged and either get better or get worse. I’ve since looked up the survival stats for this procedure. If you last seven years, you’re beating the odds.

I was dumbstruck at his composure. Somewhere, I knew, my name was already being etched onto a Whiner of the Year trophy. Somewhere Michelle’s grandmother cackled. Worrying about whether I could carry a canoe, I realized, was a luxury.

“Dude, I can’t even imagine what you’re going through,” I said. I asked how he dealt with fear. He smiled. “Like you, man. I struggled. A lot. And realized I had to face it. So I let myself feel it. It’s weird. When you let the fear in, let it pass over you, it also passes through you. Not like it’s gone. Just…different. Like, ‘I see you, fear.’ But you’re not stuck on it anymore. I’m focused on the future now. I see it as a journey. I know you, Billy. You think that’s New Age b.s. But that’s what I’m doing.”

I sat at the restaurant table, staring at my hands. I knew if I looked up, I’d cry. Maybe at the sheer bravery of my friend, at my fear of losing him, or out of shame at my own self-indulgence. Maybe all three.

“You’re a real jerk, you know that?” I finally said. “Here I am enjoying feeling sorry for myself and now I feel like a pussy.”

“More like 35. You remember? I was living in that group house on 19th Street. Your dog was taking a dump on the lawn. I was giving you the evil eye, making sure you picked up its crap. I think we were about 25 at the time.”

“That’s right!” he said, slapping the table. “How could I forget? See, you’re still that same dumbass.”

It’s true. I was. But I was seeing more courage in my friend than I’d ever imagined. I had no idea where it came from. But if I could show half as much, I knew I’d be all right.

I got the tab, drove him to his apartment, and told him I’d piss on his grave if he died. He got out, shut the door, and leaned in through the window. “I love you, too, bro,” he said. And as I drove away, it occurred to me that however long I do have, there’ll come a day when I’ll look back and wish I was a boy of 62 again.