An Oregon hunter is in the hospital after being impaled by an elk his buddy killed. According to KOIN, Gary... 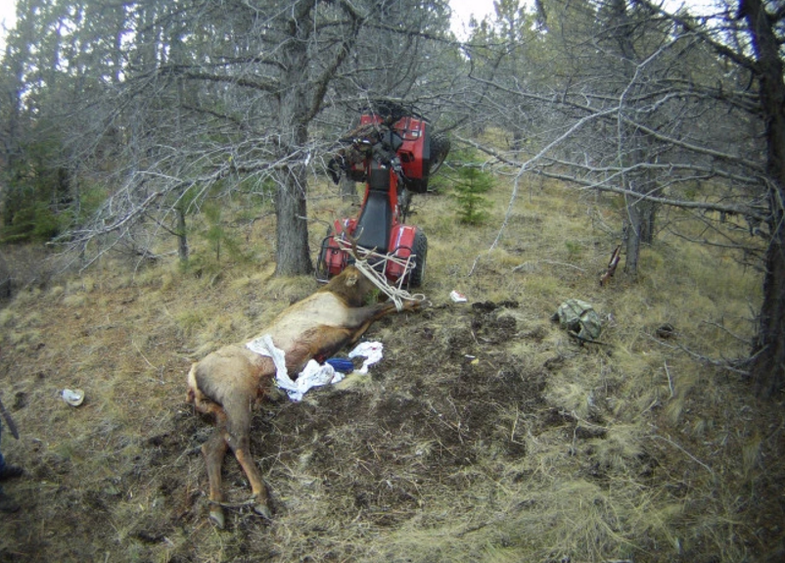 The hunter was impaled by the elk after flipping his ATV.. Crook County Sheriff’s Office
SHARE

An Oregon hunter is in the hospital after being impaled by an elk his buddy killed.

According to KOIN, Gary Heeter of Bend rolled his ATV in the Maury Mountains of central Oregon. Heeter had tied the recently killed bull to the back of his rig so that he could drag it. But when he hit a steep incline, the ATV flipped backward, causing him to fall on the elk’s rack.

Heeter’s hunting party called for help while they tried to control his bleeding. Rescuers reached the scene as Heeter was going into shock, but the helicopter overhead had trouble landing in the remote area. The injured hunter was hauled out a half mile on a backboard to a clearing, then flown by chopper to the hospital.