Since life is random and chaotic, the progression of equipment through my greedy and clutching hands is also disorderly. Therefore,... 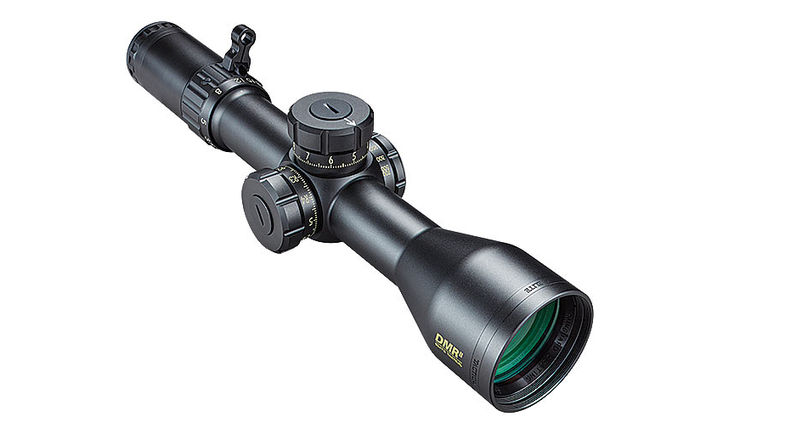 Since life is random and chaotic, the progression of equipment through my greedy and clutching hands is also disorderly. Therefore, let us begin in no particular order:

A few weeks ago, I got a shipment of Federal match and tactical ammo for testing a Savage rifle, including several boxes of a new item that Federal calls Federal Premium Law Enforcement Tactical Rifle Urban. It’s designed to function through powerful assault rifles such as AR-10s, and is made with crimped primers, low-flash powder, and 168-grain Tactical Tip Sierra MatchKing bullets. For those of you who live in Outer Darkness, the 168-grain Sierra MatchKing is the gold standard of match bullets. In its original form it’s a hollow point, and the newer versions have polycarbonate tips to cut down on air resistance.

However, these bullets are for punching paper, while tactical ammo is for putting holes in windshields, and people, and things like that, so Federal worked with Sierra to develop a stronger tip and bullet. The reason I bring all this up here is not in case you’re planning to shoot windshields or people (you will get in trouble) but because this ammo shoots like the Wrath to Come. I tried it out in four tactical rifles, three bolt guns and a SIG 716, and the worst five-shot group I got was 1.21-inch. The best was .150. This is the kind of accuracy you usually see only in handloads.

Despite the fact that this is match-grade ammo loaded with premium bullets, the MSRP is only $27.95 per box. This means that cash-strapped police departments can now practice more, while still staying on budget. When I tested this ammo, a few benches down was one of the geezers who shoots F-Class with me, and who is well acquainted with hyper accuracy. When I brought the targets back to the line and showed him, he simply shook his head, because there was nothing he could say. Those targets spoke for themselves.

Speaking of F-Class, and F-TR, which is the tactical division thereof, if you get involved with it one of the lessons you’ll learn quickly is that you need very little equipment, but what you have better be up to snuff or you’ll drive yourself to barking madness.

Most especially you need a good scope, and for the last several weeks I’ve had my hands on a very good one, a Bushnell Elite Tactical DMR II 3.5X-21X-50mm with Bushnell’s new G3 reticle. It has a 34mm tube and its reticle is in the first focal plane, which means that it changes size as you go up and down the power scale, and you can use it for ranging at any magnification instead of just one.

I will spare you most of the specs because you can get these online, but I will add a couple of things that are not on the Bushnell website. The first thing that leaps out at you about the DMR II is, it is robust. It’s short (just a shade over 13 inches), and stocky (34 ounces) and there’s not a fragile part on it. The power selector ring turns with considerable resistance, but there is a real, honest-to-God lever on the ring that lets you move it, not some useless stud or button.

The windage and elevation knobs can be locked down for Bushnell’s return-to-zero feature which they call Rev-Limiter. However, unlike some other tactical scopes, the system does not rely on itty-bitty set screws that have to be turned with a teeny-tiny Allen wrench. The screws here are massive things, and can be turned with a penny or a dime. You will not lose them on the garage floor.

The other thing that leaped out at me (in fact, I had to duck pretty quickly) was that whoever designed this scope was either a shooter himself or listened to experienced shooters. Most scopes are designed to be operated from the side and above, as one does at a benchrest. Tactical scopes, however, are operated from behind and at the same level, from the prone position, and the designers of the DMR II built it with this in mind. It turns out that Bushnell has its own shooting team (who are not Bushnell employees) and burn powder out there in the real world, and tell the engineers what is what. It shows.

One other note: Bushnell makes a variant of the DMR II called the HDMR. “H” stands for Horus reticle. Horus was the Egyptian god of the sky and of kingship, and is depicted with a falcon’s head, so it makes a nice name for a reticle. I suggest that you Google “Horus reticle,” and after you recover from shock, keep in mind that it works. I did some shooting with one at what I believe was 1,000 yards, and it’s astonishing.

I don’t think there’s another company in another state that is held in the same reverence as L.L. Bean is in Maine. It’s not only a throbbing, pulsing engine for selling outdoor gear, but a major educational institution as well. I don’t think there’s a week of the year (or maybe a day) when Bean isn’t doing something to promote the outdoors.

What they sell is carefully tested and usually lasts forever. Moreover, none of it will break your wallet. Chief among the things Bean sells is backpacks. They carry innumerable packs, but the one that caught my eye at the 2017 SHOT Show is the Maine Warden Day Pack.

This is about as nice a blend of features as I’ve seen in a small pack. It was designed in consultation with the Maine Department of Inland Fisheries and Wildlife, and by now is standard issue to all Maine game wardens. It’s small enough to fit easily in the overhead bin or under the seat on an airplane just before you get in a fistfight with the person next to you who has been picking at what is obviously a syphilitic sore.

It’s water resistant, has plenty of pockets of all shapes and sizes but not enough to get ridiculous, has a 1,526 cubic inch capacity, and is made of ripstop polyester. The color is what Bean calls “dark olive,” but which looks like the old Army OD (olive drab) to me. There’s an official Maine F&G patch on the back, so you can represent yourself as a warden when you make bogus arrests, if you’re into that sort of thing.

One feature that I don’t like is the small rubber pull tabs on the zippers. They’re not a hell of a lot of help. Cut them off (The little bastards are set in the tabs solid; I’ll give them that) and replace them with nice long pull-loops which you can make yourself from parachute cord. I end up doing this with a lot of my gear, and on main compartments that I use often, I use orange p-cord so these loops are easy to spot.

It’s $99 even, and again, I feel very badly about putting affordable gear in here, but what can I do? llbean.com.