Roughly a year ago, I told you about the Hell’s Canyon line of hunting clothes from Browning, and that my... 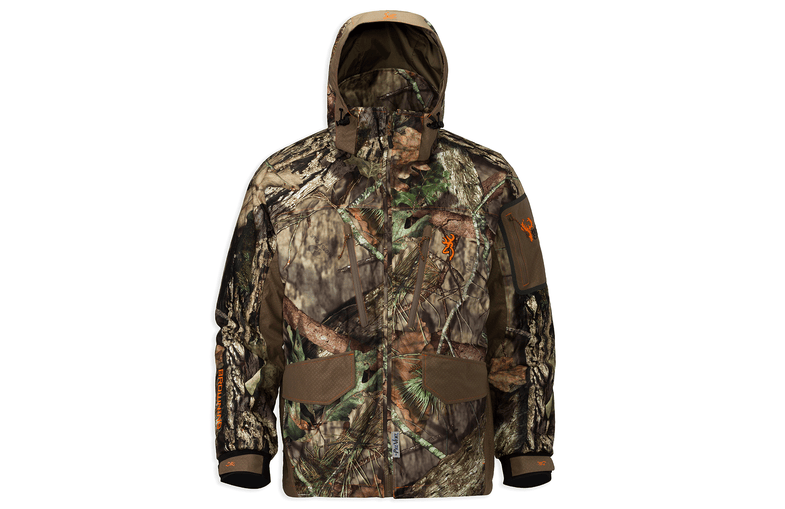 Roughly a year ago, I told you about the Hell’s Canyon line of hunting clothes from Browning, and that my initial impression was very favorable, but that I had not had a chance to use the gear under a wide enough range of conditions to pronounce it the bee’s knees or the cat’s meow. Now I have, and it is.

There are, I believe, 23 items in the Hell’s Canyon line, and I’ve used three of them very extensively, because these three will cover nearly anything you get yourself into. They are: The 4 in 1 Primaloft Parka, the Primaloft Bib, and the Soft Shell Pant.

I was especially interested in the Hell’s Canyon stuff because it came along when, due to advancing age, I felt I had to get out from under my load of wool. I like wool. Wool has served me very well indeed, but wind goes through it, water soaks it, and even when dry, if you wear enough of it to keep you warm despite old age and blood thinners, it weighs a ton.

Much of the new generation of hunting clothes employs Gore-Tex, and is as quiet as the average mechanized infantry brigade. Hell’s Canyon is genuinely quiet; not quite as silent as wool, but quiet enough. It is also joltingly lacking both in weight and bulk. This can take some getting used to. Like all the Browning clothing I’ve used, the attention to detail is remarkable. The trouser pockets are reinforced with Kevlar; the big flap pockets on the parka have magnets on them and shut tight without your having to fool with snaps or zippers. Little things, perhaps, but there are a lot of them, and they are much appreciated.

The Primaloft Parka can be worn in four configurations, and will take you from moderate temperatures to truly cold. I wore it one morning, sitting still, when it was 0 degrees. After an hour, it was colder than I could take, but if I had been moving and generating heat I would have been fine. (The temperatures that people can handle are highly subjective and, as I said, my ability to tolerate cold is not what it once was.)

The Primaloft Bib is extremely warm. Wear an expedition-weight longjohn under it and you are going to have to be in truly awful weather before you get cold. The back comes up high so that your kidneys won’t freeze, and it comes equipped with its own integral suspenders, which are very good.

For conditions that are less than Arctic, the Soft Shell Pant is just about ideal. It’s wind and water resistant, not proof, and with a pair of regular longjohns underneath, it will handle all sorts of weather. I’ve worn mine in considerable wind and a fair amount of rain and not had anything come inside. The Parka and the Bib are water- and wind-proof, not resistant, and you can sit out all day in them if you’re crazy enough. I wore both in a true, toad-strangling downpour in West Virginia, and while the shells felt saturated, the insides were dry.

I can take or leave the camo pattern and the Advanced Scent Control; I’ve never seen any evidence that these make much difference one way or the other. But everything else about the Hell’s Canyon line I like, and like a lot. If you’re an old-line wool user like myself it takes some getting used to, but when you no longer hear your knees creaking under the weight of what you’re wearing, that helps a great deal.