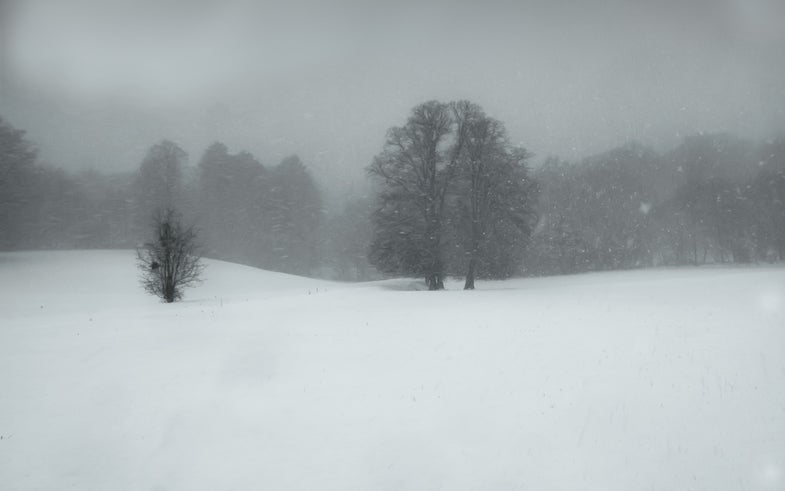 Hunting seasons are just about all done with by now, but since cold is much in the news, it’s worth reviewing some of the basics.

The first step for hunting in extreme cold is to read Jack London’s short story “To Build a Fire,” which is fiction, but is still the best account I know of on how to die in low temperatures. It takes place in Alaska during a stretch when the mercury hits 50 below. A cheechako, which is Alaskan for greenhorn, decides to have brunch with his friends a few miles away, and sets out on foot accompanied by his husky-wolf crossbreed.

The dog has a lot more sense than the man, because the dog knows that it’s too cold to be traveling while the man doesn’t. He steps through the ice, tries to build a fire, fails, and dies, in very short order. It’s the classic “cascade of errors,” in which one stupid mistake is followed in quick succession by a bunch of others, with terminal results.

Here’s a list of things that can go wrong when you hunt in very cold weather:

If you have anything that uses batteries, it will probably die on you or work erratically.

If you have oil or grease on your trigger or on your firing pin, you may find that your rifle does not go bang. Or that when you slam the bolt closed, it does go bang because the sear can’t pivot and won’t hold the firing pin. Get all the oil out before you hunt. If you have trouble in the field, you can de-grease your rifle by taking it apart and flushing it out with white gas, or Coleman lantern fuel, or lighter fluid, or boiling water.

Speaking of water, the Army says that you need more water in cold weather than in hot weather, not less. Two to three gallons a day is what they recommend for heavy exercise. This sounds like a hell of a lot of water, but you get the point. It applies especially at high altitude. If you’re on horseback, let your nags drink when you come to a stream. They need it.

Don’t breathe on your scope or binocular lenses. The newest ones will not fog, but the older ones will. If you wear eyeglasses, you can apply an anti-fog coating.

If it’s cold enough, you can become frostbitten in 5 minutes and hypothermic in 15 minutes. If the latter happens, you’re really in trouble, because you won’t be able to figure out what’s wrong or do anything about it.

Four things will make you hypothermic: wind, falling through the ice, sweating, and cotton. It doesn’t matter how many layers of clothing you have on, if you can’t keep the wind off, you’ll freeze. Stay off the ice if you possibly can, and if you have to cross it, do so with extreme caution. If you know you’re going to be working hard, take off your hat, and your scarf if you have one, and open your coat. If you get sweaty, you’ll never get warm unless you build a fire and dry off. And if you want to wear a cotton T-shirt or blue jeans when it’s really cold, get right with God first, because you’re likely to be meeting him.

If you do have to build a fire to dry off, build a big one. The Forest Service may come and whip you with chainsaw chains, but you have to be alive to get a chain-whipping.

Even if your rifle goes bang, it still may not perform in its accustomed manner. Extreme cold can affect the rate at which gunpowder burns, which will change the velocity of the bullet. In addition, cold air is dense air, and dense air fights the forward motion of the bullet, so you may be shooting much lower than you think, and you are advised to check this in advance.

Your muzzle can get plugged with snow. If you get snow down the barrel, you’re done hunting until you can clear it out. So put a piece of electrical tape or bowhunter’s camo tape over the muzzle. If you have a flash hider or a muzzle brake, you can tape that, too. The pressure of the air compressed ahead of the bullet will blast the tape to smithereens, and it will vanish. Do not put anything in the muzzle or down the bore. If you do, the cold will be the least of your problems.

Or you might want to stay in the cabin and play whist or pinochle or cribbage. They are all fine games, I am told.