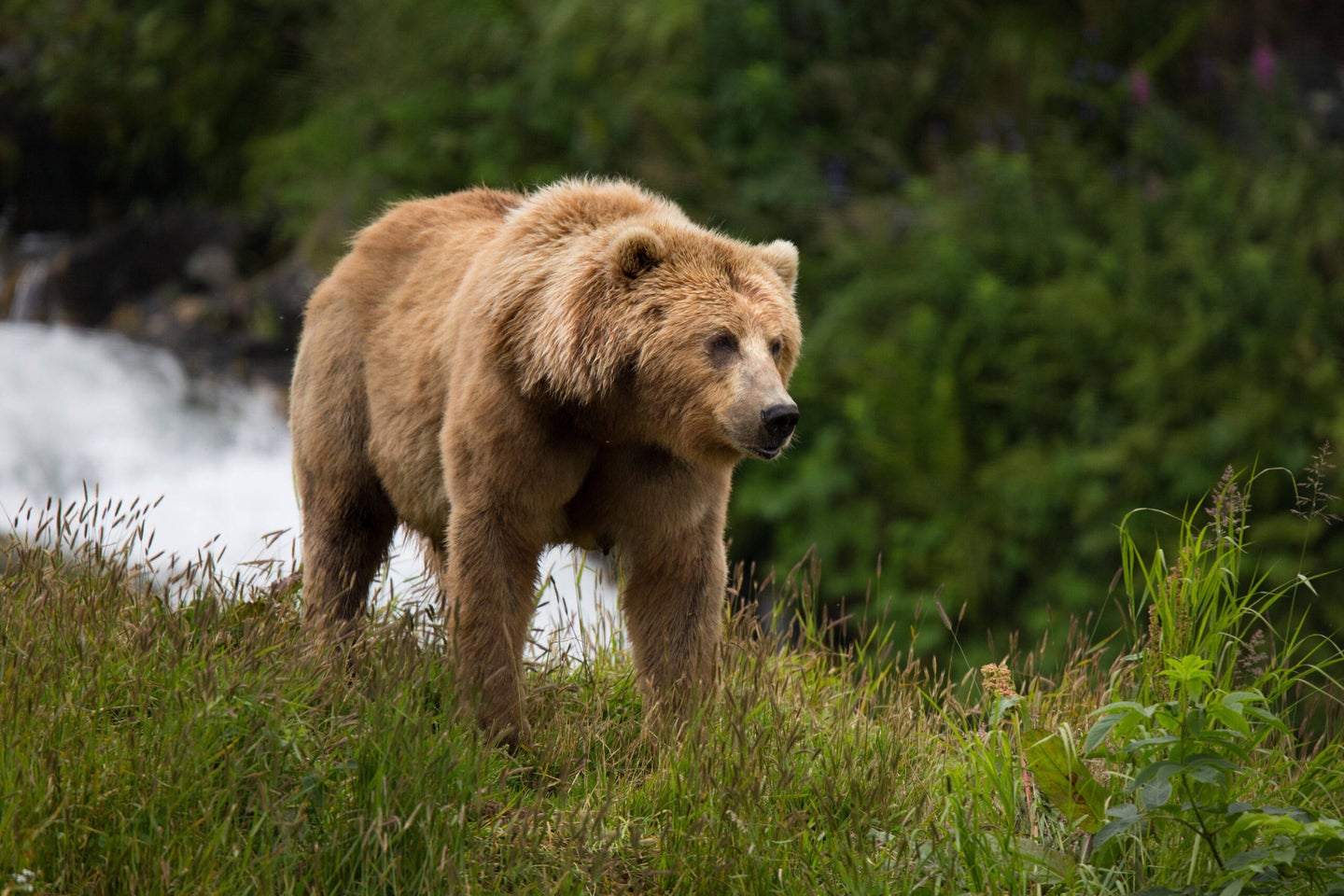 Alaska is home to roughly 30,000 brown bears, according the Alaska Department of Fish & Game. USFWS
SHARE

Late last month, the state of Alaska filed a petition with the U.S. Supreme Court challenging a federal ban on brown bear baiting. The 2016 ban prohibited the use of bait when hunting brown bears within the Kenai National Wildlife Refuge—a nearly two million-acre wildlife refuge situated in the southeastern part of the state. In its October 27 petition, the state argued that the Obama-era baiting ban unjustly overrides Alaska’s authority to set hunting regulations on federal lands within its borders.

The petition is part of a prolonged tug-of-war between Alaskan officials and federal agencies over wildlife management decisions on federal lands. Unlike other states, Alaska has long enjoyed the ability to set hunting and fishing regulations on federally-owned lands like the Kenai National Wildlife Refuge—a right granted to the state when it was admitted into the Union in 1959. Those rights to govern all wildlife and the harvest thereof—even on federally-owned property—were reinforced in 1980 with the passage of the Alaska Interest Lands Conservation Act, more commonly known as ANILCA. While ANILCA set aside more than 100 million acres of federal land in Alaska, it also allowed the state to retain authority its over the management of huntable wildlife populations on those lands, the petition states.

But that paradigm was challenged in 2015, when the United States Fish & Wildlife Service (USFWS) moved to prohibit the hunting of brown bears over bait within the Kenai National Wildlife Refuge. At the time, the federal agency said that harvesting brown bears over bait would cause population declines through “significantly increased harvest rates.” The state objected, citing robust brown bear numbers on the Kenai Peninsula, but the prohibition was implemented anyway. And in 2016, the USFWS took it a step further by banning brown bear hunting over bait on all national wildlife refuges throughout the state of Alaska.

The statewide baiting ban was overturned by an act of Congress in 2017, but the Kenai ban on brown bear baiting remains in effect to this day. The state’s recent petition asks the Supreme Court to review a 9th U.S. Circuit Court of Appeals decision that upheld the Kenai baiting ban back in 2019. If the petition is accepted, the state of Alaska could have the opportunity to make its case for brown bear baiting before the highest court in the land.

“Congress did not intend for federal agencies to have unlimited authority over how we access our wildlife,” said Alaska Governor Mike Dunleavy in a statement provided by the Alaska Department of Law. “We will continue to fight to ensure that Alaskans manage how we use our own resources.”

Alaska Department of Fish and Game Commissioner Doug Vincent-Lang echoed Dunleavy’s sentiments. “The federal government is trying to circumvent our hard-fought statehood rights to manage our resources and replace it with theirs, including a new claim that they have a property right to our fish and game resources,” he said. “This is federal overreach, unchecked by the Ninth Circuit Court.”

Read Next: Alaska Hunter Attacked by Brown Bear He Shot

The case is listed as State of Alaska v. Deb Halaand et al. Halaand is the Secretary of the U.S. Department of the Interior, which oversees the USFWS along with several other federal land agencies. As of now, it is unclear whether the case will be accepted, but the Supreme Court only grants a handful of the petitions that it receives each year.

According to the Alaska Department of Game and Fish, the state is home to roughly 30,000 brown bears. In areas of abundant food sources, such as the coastal southeast, densities as high as one bear per square mile have been documented. In the Kenai National Wildlife Refuge, hunting for brown bears is open from September 1 through May 31. Licensed hunters are permitted to take one bear per season, and non-resident hunters must be accompanied by a guide.