Get out this weekend if your state is open, and if the roost hunt goes sideways, stick with a vocal tom until you put a tag on him 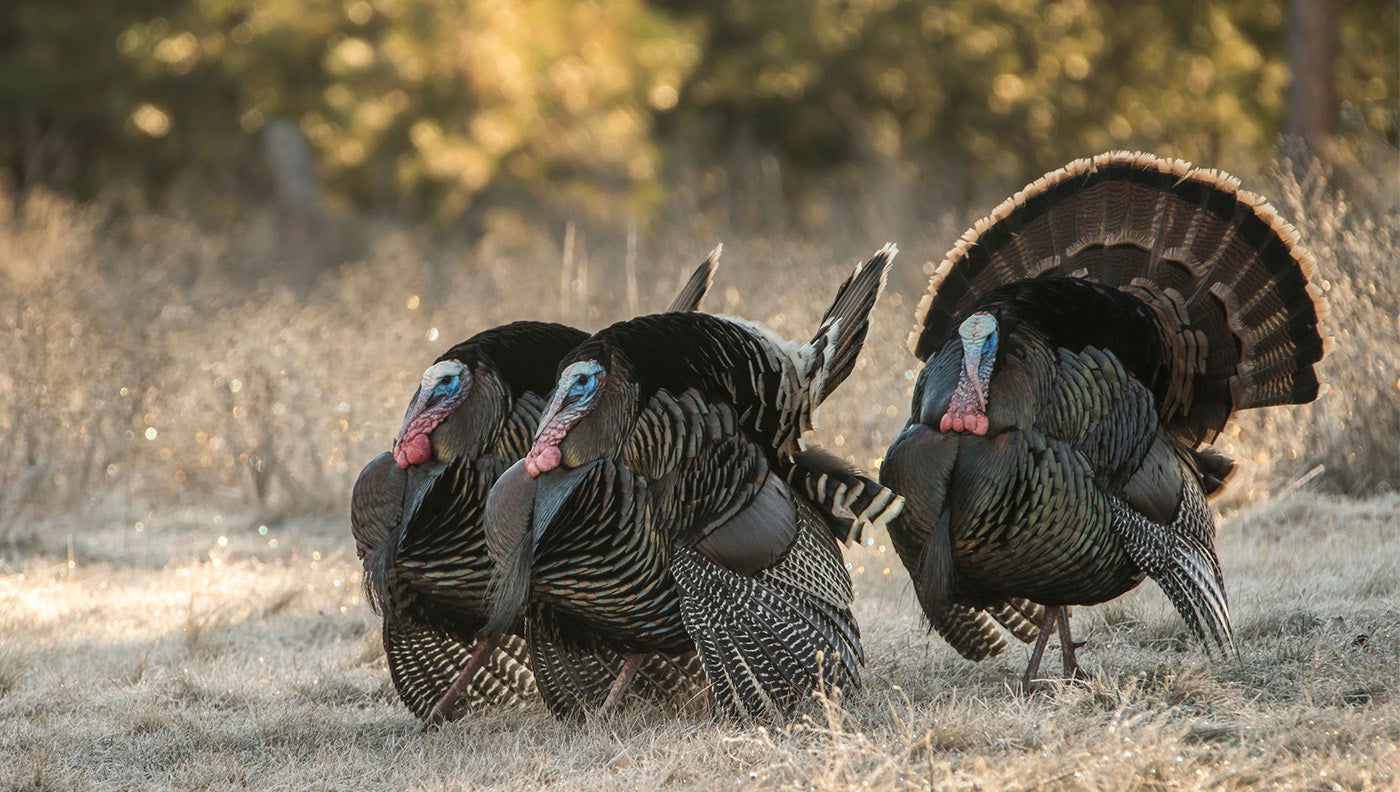 A trio of toms strut along the edge of a meadow. John Hafner Photography
SHARE

We revealed the seven Best Days of the Strut late last month and discussed the best tactic for the first day last week. Best day No. 2, April 10, is this coming Sunday, so now’s the time to make a plan. It should be easy, because we’ve reached out to a California-based champion caller and full-blown turkey nut to pick his brain for the best way to fool a bird this weekend.

What if you don’t live in California and/or your season hasn’t even opened yet? Well, first off, there’s a good chance your season will be open by Sunday, as states as far north as Delaware and South Dakota have general season openers starting tomorrow and many others have youth-season openers. Birds from the mid-South and down should be in a similar phase of the breeding season. But even if they aren’t, or if your opener is a week or more away, take note of the strut stage described below, and apply our pro’s tactic when the timing is right in your part of the country.

Joe Slaton tagged his first gobbler in 1983 and took his 100th more than a decade ago. He has chased turkeys all across their range, guided friends to more birds than he has taken himself, and especially likes to hunt the flocks of Rios and hybrids close to home. Slaton has won 15 calling championships, including the Grand National gobbling championship in 2015. Those titles, combined with his successes in the field, led Slaton to begin his own call company several years ago.

“We’re at that peak of what you’d ideally want as a spring turkey hunter, in my opinion,” Slaton says. “Toms are gobbling hard and some hens have been bred and are starting to nest. So those hens are ready to run to gobblers, eager to get bred and lay that next egg. Other hens, meanwhile, will lead toms all over the place for the better part of the morning. So what happens after fly-down often depends on an individual hen and her influence on the toms around her.”

Mobility is the key during this phase, says Slaton. “Around here most turkeys are pretty faithful to a handful of roosting areas, if not individual trees. That means the day for most birds will start at about the same place, but where they go after that is a bit of a crapshoot.” The key, then, is to put in your scouting just ahead of your hunt, and be ready to put yourself where birds already want to be.

Expert Tactic for April 10: Find a Hard-Gobbling Bird and Stay With Him

“Of all the gobblers I’ve killed over the years, I’ve taken exactly one from a blind,” Slaton laughs. “I try to get tight to a roost for the fly-down hunt, which works sometimes. But once the birds start moving, I stick with the hardest gobbling turkey and just keep making moves whenever I can to stay tight to him. I hunt with my ears as much as anything right now. Fortunately the country here is pretty hilly, and I can usually use the terrain to hide myself as I reposition. If I can stay with them for a while, usually I can get that hard-gobbling bird to come check me out. I’ll use a decoy if my setup is fairly open and if I think the tom will need visual confirmation of the bird. But for the most part, I like to set up so that when I first see the turkey, he’s already in gun range and I can take him.”