Video: Texas Neighbors Use a Chair to Free a Deer Stuck on Their Backyard Fence 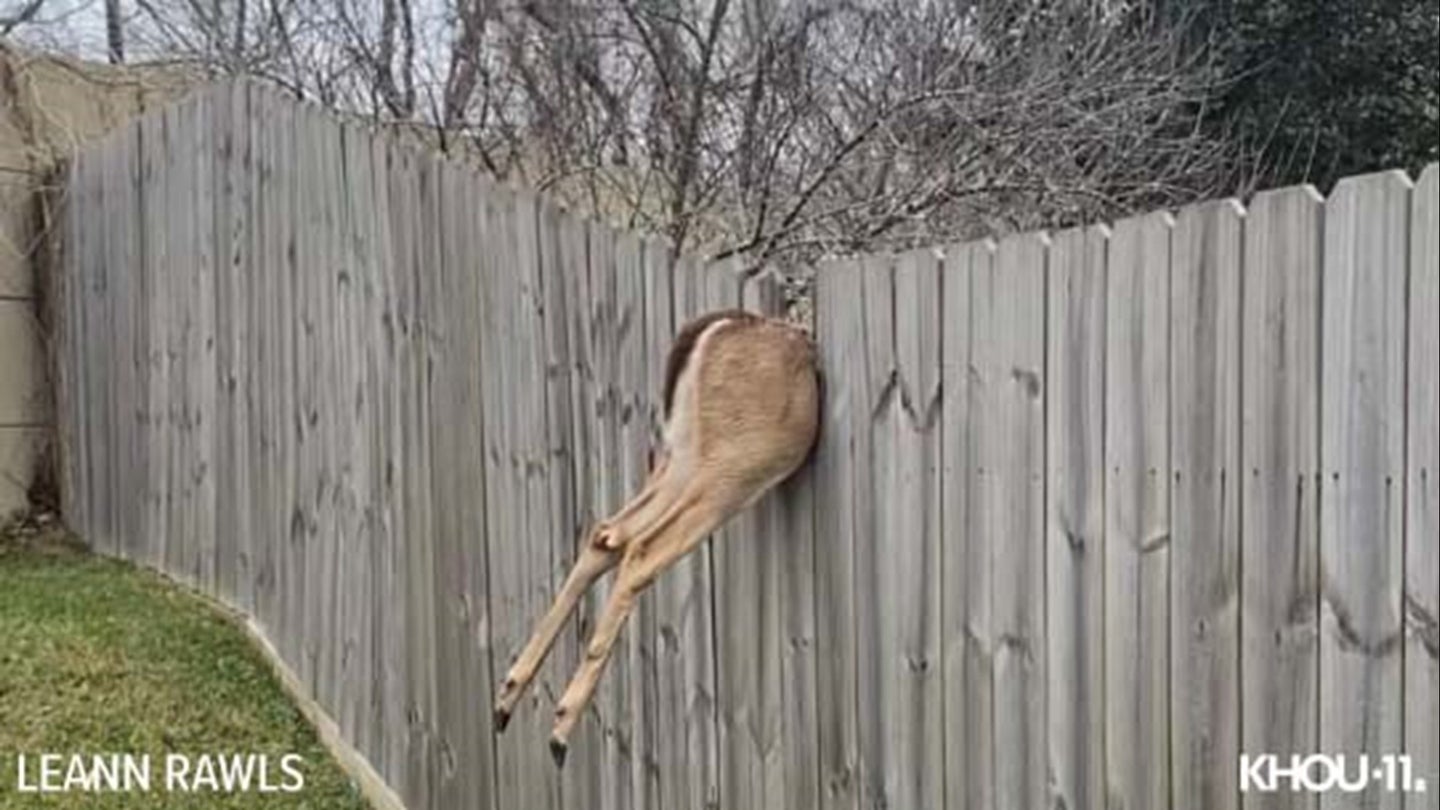 The suburbs are prime real estate for deer. After all, they host fewer predators and have ample supplies of shrubbery, garden fare, grass, and birdseed. One whitetail, captured on video in LeAnn Rawls’s yard, however, did recently experience a suburban hang up. Literally.

When Marco Rangel ventured into Rawls’s backyard last Thursday in the Houston suburb of Sienna, he encountered the back end of a deer. Rawls’s neighbor, Ruthie Linsenbardt, on the other hand, encountered the front end. Oddly, despite the specter of approaching humans, the alert animal did not budge. It just hung there.

The deer seems to have attempted to bound over the fence between the neighbors’ yards, but got stuck mid-leap on a cross-beam. That’s when Rangel took action. As Linsenbardt’s video featured on KHOU-11 news shows, he used a folding chair to elevate the tail end of the stuck deer so it could flip over and reach its original destination. Freed from the hang up, the whitetail dashed across Linsenbardt’s property and disappeared into the suburb from which it came.

KHOU-11 shared a longer version of the video on its Facebook page, showing how Rangel made some preliminary attempts to free the deer. Ultimately, after carefully assessing the situation, he reemerged with the proper tool for the job. And, on Rawls’s Facebook page, as deer hunters themselves might occasionally do, Rawls and Rangel jokingly discussed who deserved the credit.