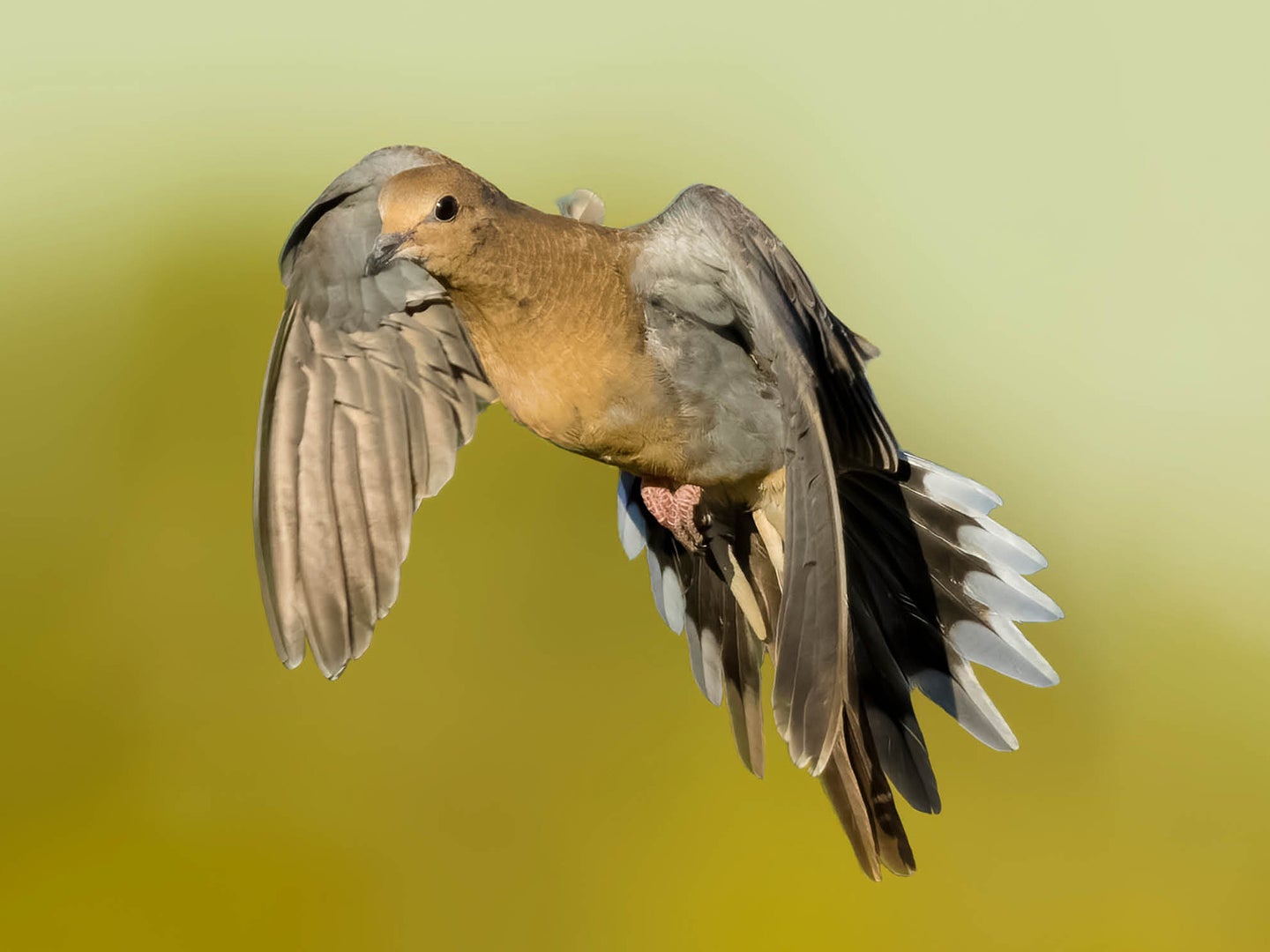 An incoming dove on a September opener is a welcome sight for hunters. Lon Lauber

THEY COULD’VE BEEN carrier pigeons, flying through the smoke and pops of gunfire on a century-ago battlefield to relay a secret message. But they were just doves, hellbent on eating popcorn. My buddy Ryan and I knelt in the shadow of a tobacco barn that had wisps of smoke curling from its rafters as we waited for birds to sail over the roof and into sight. Most of them had already set their wings and were gliding into the picked field by the time we saw them. As doves go, it was easy shooting.

Tobacco barns, where “dark-fire” tobacco leaves are cured by smoke prior to being sold, are still common in western Kentucky, if few other places. Every year, people from town driving through the countryside call fire departments to report barns that are apparently on fire. The calls happen so frequently that local news outlets run PSAs, starting in August, to remind folks that barns billowing smoke are part of a perfectly normal regional farming practice.

For a few glorious weeks in early fall, the barns make the countryside smell like a smoking pipe. My wife says the smell reminds her of her grandfather, who grew a few acres of his own tobacco and was known to pluck leaves from the rafters as it was curing to make his own twists, which he kept in a shirt pocket. When she was a little girl, the old man would hire Michelle to weed his 3-acre garden and pay her a full dollar wage at the end of the day. Afterward, they’d sit on the porch in the evenings, and he’d hand her his twist, so she could bite off a plug and have a little chew. To this day she can spit tobacco juice halfway across the yard and hit a stray dog if so inclined, but she would be embarrassed if anyone knew that.

For me, the dark-fire smell is one of squirrel season and teal season and dove fields, at a time of year when fall is about to begin, guaranteed. At the same time that farmers are curing tobacco in the barns, they’re broadcasting wheat on the dirt fields where it was cut. Silage is being chopped, and the first cornfields are being shelled. Strips are mowed in plots of sunflowers and millet. The harvest creates a smorgasbord for mourning doves, and the birds arrive here by the thousands on the heels of the tiniest cold fronts. Scouting for teal takes some know-how, but anyone with sense enough to walk outside and look up at a power line can tell if a push of doves has come through.

Of course, there’s a difference between seeing scattered birds on the power lines and having permission to hunt a field where a thousand of them have been feeding every day. That’s the other reality of this time of year. You’ll know if you’ve been a good friend for the past 11 months—or at least if you’re owed favors—because formal dove shoots are happening, and either the phone will ring with your invitation or it won’t. It’s poor form to call and invite yourself to a shoot (or really even hint about it). But the truth is, even the mediocre corners of dove fields are filled every fall in just such a shameless way. This time of year is so sacred, so short-lived, that sometimes you do what’s required to get out there.

Having an affable buddy like Ryan helps. I don’t think I’ve gone without a spot to shoot at doves in the 20-plus years I’ve known him. A few years ago, we set up in a 20-acre field of marijuana—or at least, that’s what the industrial hemp plants looked and smelled like to me, and apparently to others too, since there were PSAs that fall reminding folks that the plants in the hemp fields didn’t have enough THC to make stealing and smoking them worthwhile. But the doves liked the seeds, and we made a lot of “high flier” jokes about the spot. The hemp craze, at least around here, was short-lived compared to tobacco’s long run.

To this day, that popcorn field next to the tobacco farm that we hunted back in college ranks near the top of my list for all-time favorite dove shoots. I was a journalism major then and didn’t know anyone useful as far as hunting spots were concerned. But Ryan was an ag major, and also good at fixing things. As I remember the story, he was oil-stained and knuckle-busted after working on a local farmer’s ailing tractor. When he got done, he said to the man, “If you don’t mind, me and my buddy are going to come back in the morning and kill those doves lighting in your popcorn field across the road, next to the tobacco barn.”

This would not be a formal shoot. Most of those begin around noon, partly to allow for socializing and eating, and partly because most of those shoots are on opening day, when legal hours don’t begin till 11 a.m. Ryan and I have never been overwhelmed with invitations to anything formal, dove shoot or otherwise. But that was OK, because we actually preferred hunting later in the season, when you could start shooting 30 minutes before sunrise.

The best hunting is right at daybreak, especially if you’re set up on a good food source.

We began that morning hiding in a fencerow on the far side of the popcorn field. We fired a shot or two but noticed several waves of doves roll over the top of the tobacco barn and then spill out into the popcorn stubble, like droplets of water thrown from a bucket. “I think we might ought to move over there,” Ryan said, and so we did, flushing the birds out of the field as we walked but knowing they’d come right back. And they did.

Neither of us shot a limit that day, but we did get plenty to put on a charcoal grill outside the dormitory that night. It was a damn fine meal, especially at that time of year, when tobacco is in the air and you know fall is guaranteed.