5 Turkey Calls You’re Not Making, But Should Be

What do you do when hen yelps and clucks don’t work? You bust out these seldom-used turkey sounds to call more gobblers into your lap 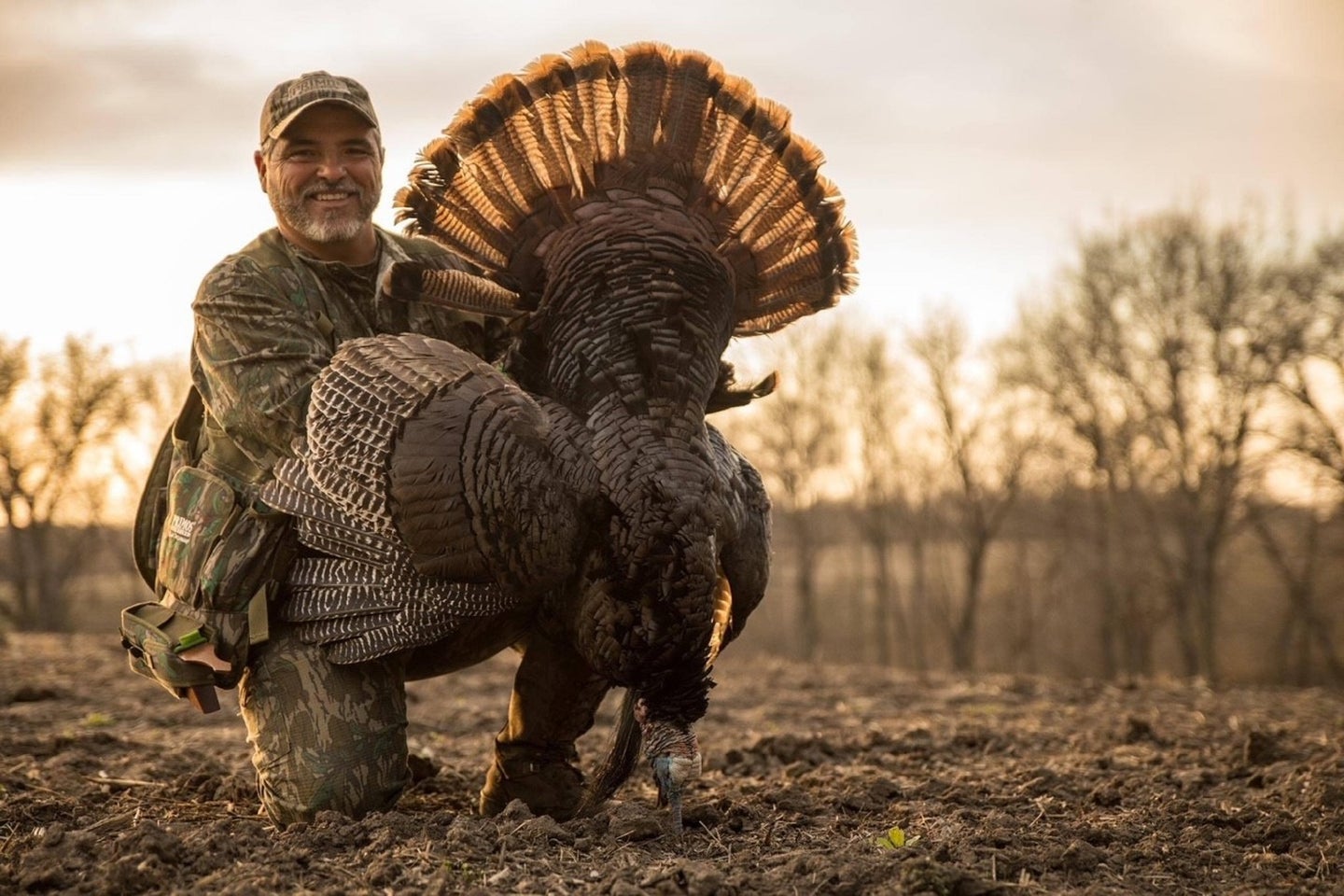 Scraping out a series of yelps on a box call, I thought I sounded just like a lonely hen, but the tom heard the low, slow sounds as challenging gobbler yelps and came running in to fight, purring angrily, his head bright red. I wasn’t ready to get charged by a turkey and ended up spooking the bird, but I learned that morning that there’s more than one way to call a gobbler.

Most of us yelp and cluck our way through spring, maybe mixing in a cutt or a purr here and there. And it works a good deal of the time. But when they don’t work, adding a few little-used sounds to your repertoire might be just what you need to bring that stubborn gobbler to you.

Troy Ruiz of Primos Game Calls has hunted turkeys and filmed hunts for 35 years. In that time, he has seen and heard turkeys do almost everything. Here are five unusual calls he uses in the spring that you should be using, too.

Gobblers have a low, slow, almost croaking, yelp. Here’s how Ruiz describes making it on his favorite tube call, the Primos Foggy Bottom Snuff Tube, or on Primo’s triple-reed “The Deborah” mouth call: “I draw out the yelps into a longer, deeper, slurred-out yelp. On the tube call, I use more air and less pressure to get those deep yelps,” he says. On the mouth call, he drops his jaw more, which lets more air escape to vibrate the reeds for a deeper, barking sound.

Ruiz uses gobbler yelps most often early in the season when toms are still bunched and sorting out the pecking order. If he can’t provoke a reaction with yelps, he’ll escalate to a loud, shrill, raspy “challenge gobble” on the tube.

Gobbler yelps also come in handy if you accidentally bust a bachelor group of gobblers off the roost or in a field, as you can gobbler-yelp to reassemble the birds, just as you do with a scattered flock in the fall.

There’s a fine line between a jake yelp and a gobbler yelp, according to Ruiz. Jake yelps are slightly higher-pitched than gobbler yelps, but still slower and more slurred than a hen’s yelp. Add a little more pressure to make the higher sound.

One distinctive jake sound is what Ruiz calls a “cawlk” yelp, which sounds to me like a jake with peanut butter stuck to the roof of its mouth. Ruiz says jakes will cawlk when they are with a stutting gobbler, and you might hear it when the tom is drumming or just after it gobbles.

Anytime you’re dealing with a dominant gobbler or multiple gobblers, a jake yelp can bring them in to confront the upstart. Mix jake yelps with hen yelps to make a bird jealous. “You want to make that old boy think he is missing out on the party,” says Ruiz.

Although we think of the kee-kee lost call as a sound made by poults, turkeys kee-kee all year long, says Ruiz, and it’s not only the young birds that make the sound. In the spring he will sometimes make the kee-kee yelp of a hen. He likes the Primos Original Bottomland yelper with a ghost cut for a kee-kee yelp. “I push air across the middle of the ghost cut to make a couple of short, high-pitched whistles, then drop my jaw and use less tongue pressure to add some raspy yelps,” he says.

Real hens will use this call if they have wandered away from their gobblers and are trying to get back together. Ruiz says a kee-kee yelp is a good call for making birds gobble. It’s a sound you can use anytime in the spring, or if you break up a mixed flock of toms and hens and want to bring them back together.

Content turkeys purr quietly. Aggressive turkeys purr with intensity.  The Fighting Purr dual-push-button-call fad faded a while ago, but turkeys haven’t changed, and Ruiz will sometimes stage a fight.

“The fighting purr is aggressive purring and cackling and cutting all in the breath,” he says, “You’re trying to sound like multiple turkeys in a fight for dominance. You can add in a wing flapping if you have an old turkey wing from hunts past to add in realism.” Ruiz doesn’t hold back when he stages a fight.  “Have you ever heard a turkey fight in the woods? It’s brutal. It sounds like someone hitting two sheets of plywood together,” he says. Ruiz mixes fighting puts in with other sounds on a mouth call; it’s just like a regular purr but louder and more aggressive sounding. A pot call also produces sharp, realistic fighting purrs.

When to use It

Any time you think you’re dealing with a dominant gobbler and can get into his comfort zone, a simulated fight can bring him in. “Do your scouting; read the signs and get into his bedroom or living room,” says Ruiz. “Then a fight can get him mad and make him come running.” Staging a fight works best during the early to mid-season when the turkeys are fighting to establish dominance, he says.

Turkeys are big birds, and they make a lot of noise walking and feeding the woods. Sometimes the best call is a non-vocal call. “Turkeys will scratch leaves or pine straw out of the way with their left leg, then their right leg, then they drag the leaf litter underneath with their left leg to clear the forest floor so they can look for grubs, crickets, spiders, or worms.”

Ruiz imitates that rhythm. “It’s scratch, scratch, drag, and at times I will thump the ground with my finger to sound like a hen’s beak hitting the ground picking up a bug or acorn. I know it sounds crazy, but if you’re going to be a turkey, you should sound like one!”

Ruiz also adds a few wingbeats into his scratching. “I bring an old wing with me, and when I am close to a gobbler and scratching in the leaves, I make the sound of wings stretching. It’s a simple little two flap beat. Popping a nearby sapling with the wing tips adds to the realism, too,” he says.

Ruiz uses scratching throughout turkey season. “I like to use scratches and wingbeats as close-quarters sounds. A gobbler might be able to tell the difference between my call and a real yelp, but he can’t tell that my scratching isn’t the real thing,” he says.