How to Pick the Perfect Name for Your Hunting Dog

You only get one chance to name your pup. You've got to get this right 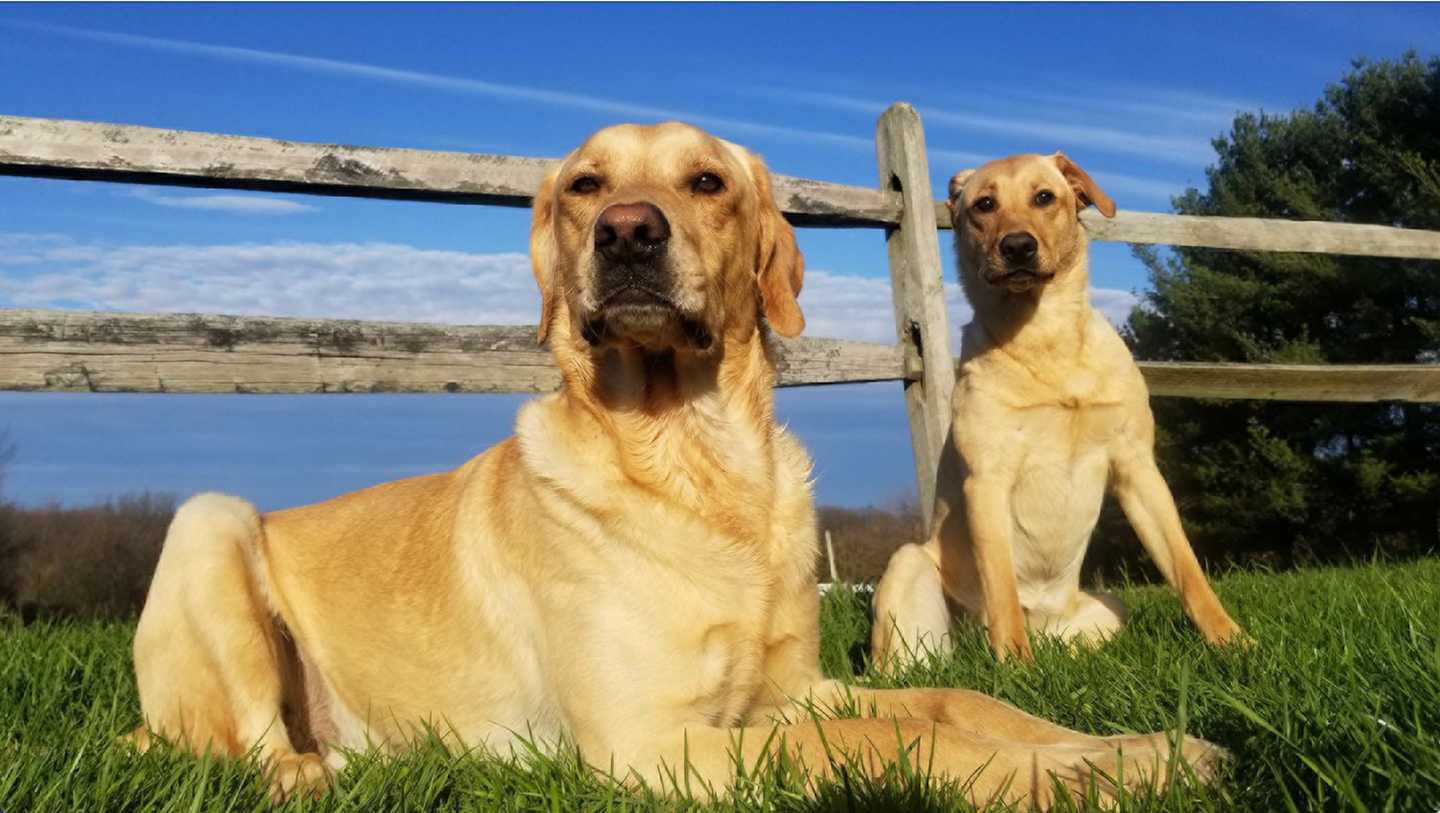 Zugunruhe is a German term that denotes migratory restlessness, the feeling that prompts birds to take wing en masse and journey to breeding or wintering locations. It’s also a sweet name for a duck dog. My friend Michael Schummer studies waterfowl migration as head of the State University of New York’s Schummer Lab for Waterfowl and Wetlands, which goes a long way to explaining why he calls his retriever Zoog, for short.

You can name your dog Rover or Duke, but somewhere down the line (and apologies to any Rovers and Dukes out there), you’ll probably wish you’d given it a little more thought. Well, better now than later. You want to get this right.

A Few Dog Names to Avoid

Dogs hailing from elite kennels have long names denoting their bloodlines. For example, I know a dog named Forrest View Thor of Corrib. These elaborate designations typically include the breeder, the individual name of the dog, and sometimes even the sire and dame. The governing bodies that stand guard over certain breeds require this naming convention, and as necessary as it may be, it’s a bit stodgy. You can stand on ceremony if you want, but your pup might appreciate something pithier.

Naming a dog after something you regularly encounter in the field probably isn’t the best idea. Deke and Suzy are popular, but if a dog hears its name repeatedly without actually being summoned, she’ll start to ignore it. The same can be said about naming dogs after the species you’re pursuing, as you don’t want your pup leaping into action every time you announce approaching ducks. Folks with a biological background have a way to get around this by naming their dogs after the scientific nomenclature for their favorite creatures.

Histrionicus, and Other Smart Dog Names

Chris Nicolai, a senior scientist with Delta Waterfowl, has never met a duck he didn’t love, but he shows a particular affinity for the saltier ones. One of his favorite Labrador retrievers is officially registered as “Nicolai’s Somateria mollissima,” a reference to the scientific name of common eiders. That’s a bit a mouthful, so he just calls her Molli in the field. He’s had nine dogs that were named in a similar manner, using the genus and species names of various waterfowl. Branta bernicla, the Pacific black brant is one of his favorite species, and is there a better name for a pooch than Berni? He has a dog named Histrionicus histrionicus for harlequin duck, and Polysticta stelleri for Steller’s eider. Harli and Steller.

My former classmate and New York State Waterfowl Biologist Josh Stiller has been enamored with the Mergini tribe of ducks (think sea ducks, including mergansers) for as long as I’ve known him. His love for sawbills is so great that his master’s thesis involved studying the effects that common mergansers had on stocked trout in a prominent New York river. He named his lab Mergus merganser after his favorite duck, though he calls her Mergie when they’re in the field.

I’ve also heard some comical names out in the duck marsh. If you have a bulldog named Meatball, you’re probably not inclined to give your retriever a pretentious name. A local hunter has complemented his couch dog by naming his retriever Lasagna, as it’s hard to imagine a more perfect pairing than lasagna and meatballs. I’m not sure why, but I always get a kick out of dogs with human names. My friend Arliss Reed’s pup is seven years old, but thanks to his gig at Habitat Flats he already has more retrieves under his belt than most dogs will have in a lifetime. I know it’s not that funny, but I can’t help giggling when I think of Arliss yelling “Jake” across the marsh. I’m sure it would be the same for “Pete” or “Fred” or “Stanley.”

Everyone loves music, and that has made for some interesting dog names. Breeder John Sempowski of Iwan Kennels has given one of his champion pudelpointers the moniker of Elvis, a nod to his love of Rockabilly. Musical names have continued down that lineage, and I’ve had the pleasure of taking chukar and pheasants put up by Cash with owner Chris Dickey. I’ve heard of dogs named after Waylon and Hank, proving that good musicians may be gone but are never forgotten. I’ve encountered both a retriever and pointer named after Will Rogers, probably owing to his love of dogs. Maybe I’ll name my next pup Lefty Frizzell.

By the same token, lots of folks enjoy a beer after a hunt, and some of those people have named their dogs after their favorite brew. The barley pop produced by the Genesee Brewery may never win any awards, but it has been the college-years go-to brew for generations of western New Yorkers. My friend Garrett is among them, and he has taken to calling his wirehair griffon Genny. Though she’s often referred to as the “Trout Sniffer,” thanks to her habit of pointing fish.

Beer isn’t the only beverage to become a namesake. I’ve run into several pointers named Bourbon, including one named Bulleit after the owner’s favorite brown elixir. I know a sea duck dog nearing retirement that goes by the name of Jack Daniels, and I’m certain she is not the only one. I know a German wirehaired pointer called Scotch who loves to point woodcock. Moonshine is a great name for a coon dog, too, and I’m aware of at least one treeing trash pandas in northern New York.

Is Your Dog a Master Hunter?

Naming a dog by using a foreign language is a good way to ensure that no one blurts out the name unintentionally. Jagermeister is probably best known here in the States as a blend of 56 herbs and spices in a 70-proof suspension that can usually be found in frat house freezers. But translated literally from German, the term means “Master Hunter.” This is probably the meaning Michael Schummer had in mind when he named his younger lab, Jager.

To paraphrase Supreme Court Justice Potter Stewart, I can’t define what makes a good dog name, but I know it when I see it.