Immediately following a liver transplant, Zak Avery set his sights on getting out in the field on opening day of archery season 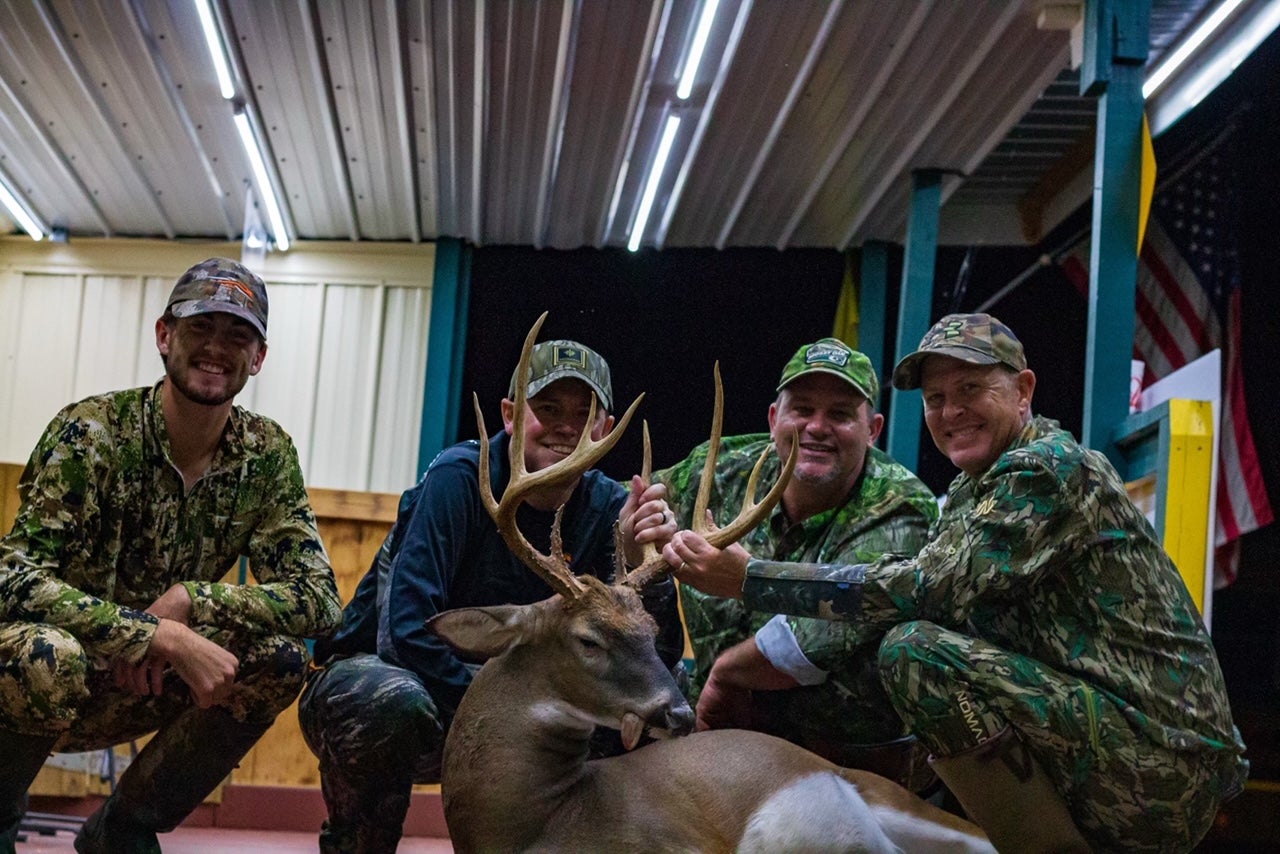 While most of us were hanging tree stands, studying trail cams, and shooting targets to prepare for deer season this summer, Georgia whitetail hunter Zak Avery was fighting for his life. This April, Avery, 39, a financial advisor in Pine Ridge, Georgia, learned that he had extensive liver damage after a hernia repair surgery. By June, further testing revealed a rare genetic disorder, called AAT deficiency, that can lead to liver failure. Avery was in and out of the hospital until August 10 when he was admitted to the ICU at Emory University Hospital in Atlanta.

“I was put on a regional list for transplant that Friday, and by Sunday I was on the national list,” Avery says. “My liver was failing so quickly that a transplant was pretty much the only option.”

The wait for a donated liver can range from days to several years, depending on factors such as blood type, body size, the severity of illness, and the distance between the donor and transplant hospital. Avery, whose blood type makes him a universal recipient, matched with a donor quickly, and the transplant was completed on Tuesday, August 17. The next day, he says his thoughts turned to September 11—the opening day of the archery deer season in Georgia.

Avery Has a Lifelong Passion for Hunting—And Some Good Friends

Avery grew up hunting on a large farm that has been in his family since the 1930s with a group of buddies who also love to hunt. He started out with a rifle, switched to a bow in high school, and “really got into it” in college. Knowing he was too weak to draw a bow this year, he bought a crossbow over the summer before his declining health put his very survival, not just his hunting season, in jeopardy.

Laid up in the ICU immediately following the transplant, he vowed to recover as quickly as possible. The thought of hunting the opening weekend of Georgia’s deer season in three weeks kept him fighting through the post-surgery pain to get back on his feet. “You’ve got to have a goal,” Avery says. “My immediate goal was to get out of bed, to take a step. But then I needed another goal, something to work for, and I said, ‘I’m going to hunt opening day.’ That was the driver I had to get up and walk every single morning, every day at noon, and every evening, even when it hurt like hell.”

His friends pitched in to help. They patterned bucks and sent Avery scouting reports and trail cam pics. They set up a ground blind in an area that offered good cover and long sight-lines. Avery was released from the hospital one week after his surgery which was “pretty much the minimum time” for recovery, according to Avery. Transplant protocol required that he remain near Atlanta and his medical team, instead of returning home to Pine Mountain. He continued rehabbing with a physical therapist and hired a personal trainer in order to convince his doctors to let him hunt on opening day.

“Deer hunting, in general, is really important to us,” Avery says. “It’s not a just-during-the-season kinda deal—it’s a year-round deal. From feeding deer, to running cameras and doing surveys in the summer, we’re pretty committed. And just being out in the woods is relaxing and peaceful.”

The Plan Came Together On the Evening of Opening Day

Because of the scouting efforts of his friends, Avery knew he might be able to get a good shot at a couple of bruisers that were locked into predictable bed-to-feed summer patterns. One of those bucks was a tall 10-pointer they called “High Top” that Avery had watched for years. High Top sported a rack with long tines but not much mass, and he loved to fight. By Mid-October each year, his rack was usually missing a tine or two. “We actually had shot opportunities on him before and passed because his rack was so broken,” Avery says. “It was ‘yeah, I saw High Top. He’s all busted up again.’ So I knew I needed to get it done opening weekend.”

On September 11, Avery and his family drove from Atlanta to the farm, where he was met by several friends, including Clay Johnson, who joined him in the blind to film the afternoon hunt. They settled in around 4:00 p.m., and by 5:30 p.m., deer were moving. At 5:45 p.m. High Top came out and approached within 60 yards. But then a young buck got within 10 feet of the blind and spooked. High Top disappeared.

When he returned around 6:30 p.m., the buck frustrated Avery again. It skirted the edge of a food plot 60 yards off while surrounded by smaller deer, then left again, before returning for the last time at 7:00 p.m. Avery watched for 35 minutes as the buck hung out nearby without presenting any high percentage shot opportunities. Finally, just as the sun was setting, High Top crossed in front of the blind and Avery dropped him in his tracks at 30 yards.

Read Next: No Time To Hunt? Here’s How To Make The Most Of Deer Season

“I was really fired up and excited at first, and then it all kind of started sinking in,” Avery says. “It had been a lot to deal with. It was kind of emotional, sending everyone pictures and telling them I’d got him because a lot of people had put effort into getting the setup right and putting it all together.”

Along with a sense of accomplishment and a feeling of relief that he was able to close the deal, Avery says he also felt a little disbelief that it really happened. “Anybody who hunts knows you put these plans together and no matter how good you have it laid out, it almost never works,” he says. “To have a plan come together almost perfectly is really rare when you’re hunting, and this one did.”