Be ready to cover some ground and tote a fan for these tough birds. And don't forget your binocular 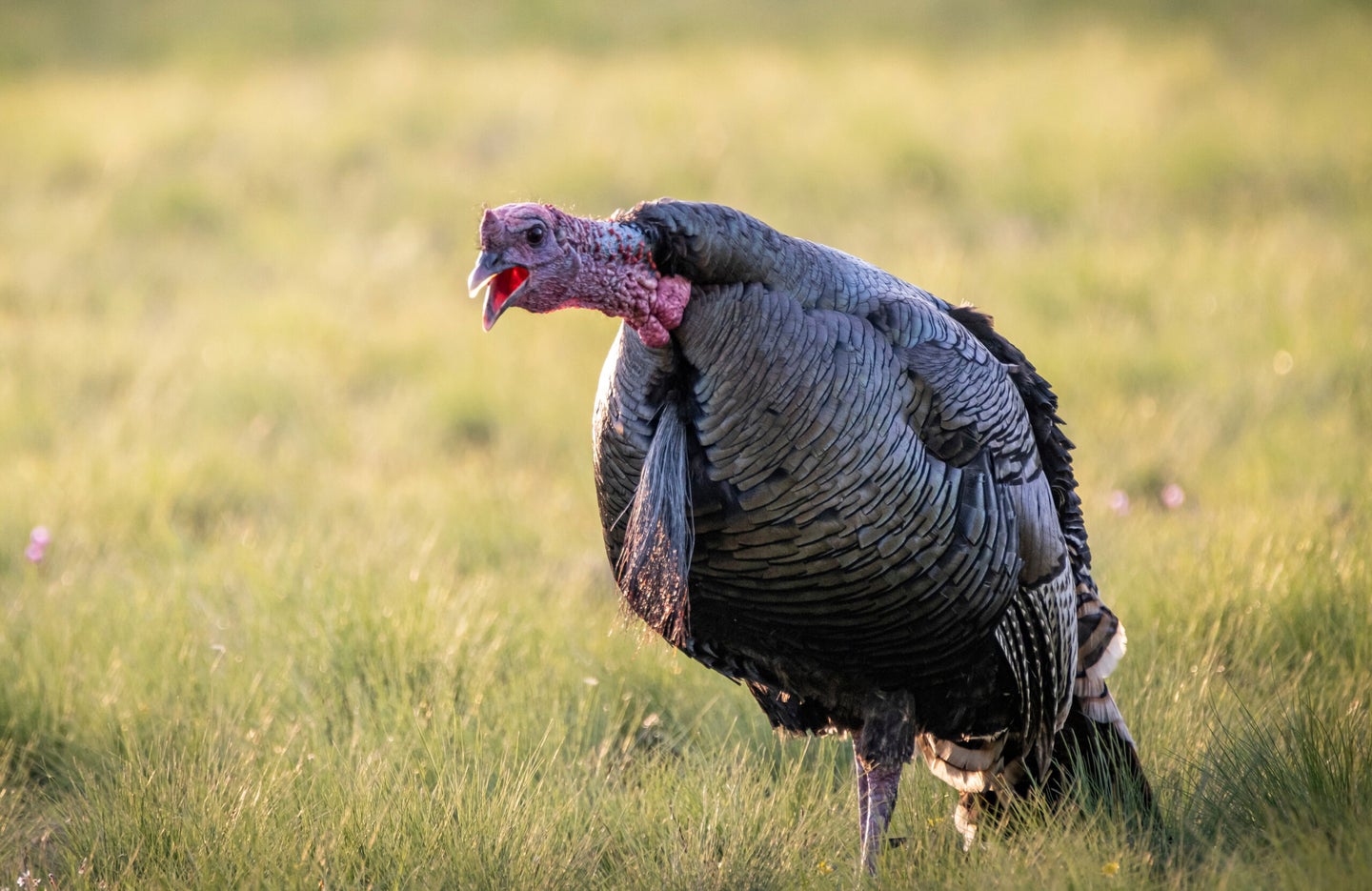 Hunting turkeys in open country is a whole different game from what most of us are used to. I’m not talking about setting up in the corner of an ag field surrounded by timber on three sides. I mean chasing toms in the vast expanses of wide-open prairies and grasslands that roll away for miles.

Whether you’re trying to check a subspecies off your slam list or just looking for a new challenge—hunting open country gobblers is a sure way to gain new experience, push your hunting skills, and learn that the next ridge over is a lot farther than you think.  I did all of that last week on a Merriam’s hunt in Eastern Montana with Trophies West Outfitters. Here are five tips from guide Terry Honkanen for hunting turkeys wide open.

Many turkey hunters, especially in the Midwest, South, and East, don’t even carry a pair of binoculars for turkey hunting. But when you’re after open country birds, binoculars are more of a necessity than a luxury.

“The biggest thing when tackling a fresh piece of open country is covering ground and glassing,” says Honkanen. “It’s a vast land, but the birds prefer particular spots in that vast land. You need to find their hangouts, and glassing will help you locate birds from a distance.”

Find a hilltop or ridge that overlook bottoms, drainages, and meadows. You don’t need to spend hours glassing as you might do for big game, but locating birds from a distance will allow you to plan your approach.

2. Ditch the reaping decoy and bring a fan.

Reaping turkeys has been a growing trend in recent years. The strategy is typically used to close the distance on field gobblers by approaching them from behind a stutter decoy. The success of the tactic paired with the excitement of a pissed off gobbler running right to your gun barrel explain why so many people are lugging reaping decoys around these days.

But when hunting in open country, you have to put some miles on your boots. A simple tail fan is effective, and light as, well, feathers.

“The tail fan works great, and it will work in an open area where you can sit and slowly fan birds in,” says Honkanen. “To me, it’s a game-changer, and it beats carrying a big tom decoy.”

On my hunt, I had a group of four jakes come running in from 60 yards when they caught a glimpse of our fan. It’s a great attention grabber, it helps hide unwanted movement, and it serves as a confidence decoy.

3. Know when to run-and-gun and when to wait it out.

Both tactics can be successful. But with open country gobblers, it’s critical that you know when to employ each.

“At the beginning of the season here in Eastern Montana, the birds gobble on the roost and go silent when they hit the ground. They aren’t very vocal,” says Honkanen. This is the time to set up in a place you know the birds like to go after flydown, and wait them out. “As the season progresses, hens begin to nest, and the toms are left alone. That’s when running and gunning pays off, because they are out there looking for hens.”

4. Set up in bottoms and pinch points for open country gobblers.

Wide-open country looks featureless at first glance, but when you look closer, you’ll see a mix of rolling hills, ridgelines, and drainages that create travel corridors and pinch points where you can intercept a gobbler.

“I hunt a lot of the bottoms because they’ll usually have four or five drainages coming into it. This creates a natural funnel for turkeys to cross, and it’s highly visible,” says Honkanen. “Turkeys traveling up or down any of those drainages will end up in the bottom at some point.” He likes to set up on the edge of a bottom that overlooks an open meadow. He typically puts out a hen decoy and uses a high-volume box call for striking birds. Once he has tom talking back, he switches to a mouth call and will use a variety of clucks, yelps, and purrs to keep a longbeard interested. If he feels that the tom is losing interest, he gets aggressive with his calling.

5. Learn how to hunt effectively in the wind.

High wind can make hunting more difficult, but it shouldn’t keep you inside for the day. On any turkey hunting trip in open country, you’re bound to have a windy day or two. We sure did. Honkanen says that hunters often get frustrated in high winds and will begin to move around to run-and-gun. But gobblers won’t be able to hear you, and you won’t hear them.

This is when you have to take your foot off the pedal. Find an area that birds naturally funnel through. Make sure you have great visibility and a pair of binoculars. Set up in a pinch point with multiple drainages, and then wait it out. There’s a good chance a strutter will show up and work his way right to your gun barrel. If you offer a few yelps and clucks as he drifts toward you, you can even tell folks you called him in.