Sick of being bested by tough toms? Turkey biologist Mike Chamberlain has the cures 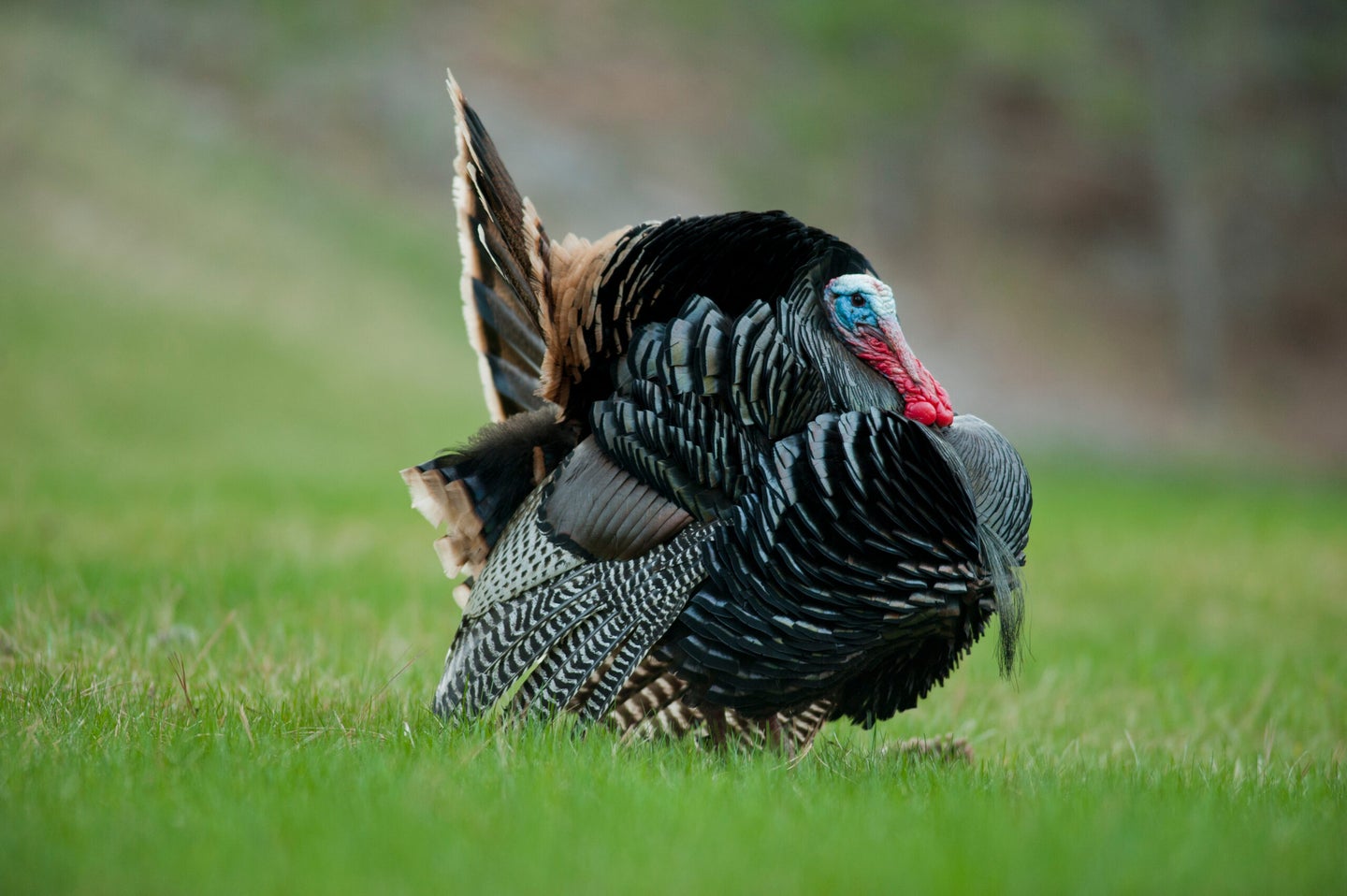 When Mike Chamberlain isn’t hunting turkeys, he’s studying them. Known to hunters by his Instagram handle wildturkeydoc, Chamberlain leads the University of Georgia’s Wild Turkey Lab. Since writing his dissertation on turkeys and predation, Chamberlain has studied the birds for 28 years. What he has learned about turkeys has made him a better hunter, and it can help you, too. I caught up with him three-quarters of the way through his 2021 Grand Slam to ask him for some hunting advice. Here’s the wild turkey doc’s prescription for spring success, in the form of three hunting tips you can put to use right now.

Just because a turkey doesn’t come to your calls doesn’t mean you can’t kill it, says Chamberlain. You probably just need to wait a while. “The biggest lesson I’ve learned from tracking turkeys is that hunters need to be a lot more patient than they would like to be. Turkeys wake up with an agenda. They have places to go, and they may not come running to check out your call.” But, he says, the turkey that ignores you in the morning often comes back three or four hours later.  It doesn’t come back to the general area where it heard the sound, either. It comes back to the exact spot. “Turkeys hear differently than we do, and they have a phenomenal ability to determine exactly where a sound came from,” says Chamberlain.  “We have recorded multiple instances where an hour or two after a hunter left, the tom they were calling to came back to within 10 meters of the tree where the hunter had been sitting.”

“If you don’t have a better option, stay put,” says Chamberlain. “If you can sit for three or four hours, there’s a good chance that turkey will come back.” If you can’t, try returning to a spot where you know a gobbler heard you calling.

Hunting depresses gobbling activity. “Turkeys don’t gobble as much on the ground as they used to,” says Chamberlain. “Seventy percent of gobbling takes place on the roost or in the hour associated with it. We may be killing just  the most aggressive, vocal turkeys.”

What Chamberlain knows for sure is that the presence of hunters in the woods has a quieting effect. “We have study areas where hunting isn’t allowed,” he says, “and those undisturbed birds gobble all spring long, the way turkeys are supposed to.”

It’s bad enough that turkeys gobble less when they’re hunted, but their reactions to encountering people can make hunting even harder.  “When some public-land turkeys get bumped by a hunter, they head straight to private land and stay there until after the season. They aren’t running away blindly, either, they make a beeline. Other birds will stay on the public area but move up to a mile when they’re bumped. Some hunker down and deal with the pressure. They are all different.”

But, says Chamberlalin, lots of turkeys never encounter hunters at all. The trick is getting off the beaten path to find them. In one of his study areas where he was able to track hunters as well as turkeys, he found that on average hunters never strayed more than 100 yards from a road or access path, and nearly 40 percent of recorded hunter locations were less than 30 yards from a road. Forty percent of the area went completely unvisited by hunters. “Parts of that area were difficult to access,” he says, “but as hunters, we get in the habit of walking trails, and if we don’t hear a bird, we keep going.”

Get away from the roads to find less pressured toms, and don’t assume there aren’t birds around just because they aren’t gobbling.

Tip #3: Tone down your calling, both in volume and frequency.

“From what I have learned about turkey’s hearing, I think most of us call too much and too loud. As soon as you call one time, that turkey knows exactly where you are,” says Chamberlain.  “The only way you can call too little is not to call at all.  I am more worried about calling too much.”

More calling can sound unnatural, as hens don’t usually stand in one spot and call and call and call. Chamberlain admits that like any other hunter, he likes to hear himself call, and he’s found that reducing the frequency of his calling is hard. “I’ve tried to cut my calling in half by making myself wait at least 15 minutes between calls. I’ll set my phone on the ground, and when I can’t stand it any longer, I’ll tap the phone to see if it has been 15 minutes. Usually it’s about 7,” he says.

The old timer’s advice to yelp three times and shut up still holds.  “Those old time turkey hunters don’t get enough credit for a lot of things today,” says Chamberlain. “They were patient and they didn’t overcall.” It also worked, and the same calling approach can improve your success, too.