My First Deer: The Giveaway 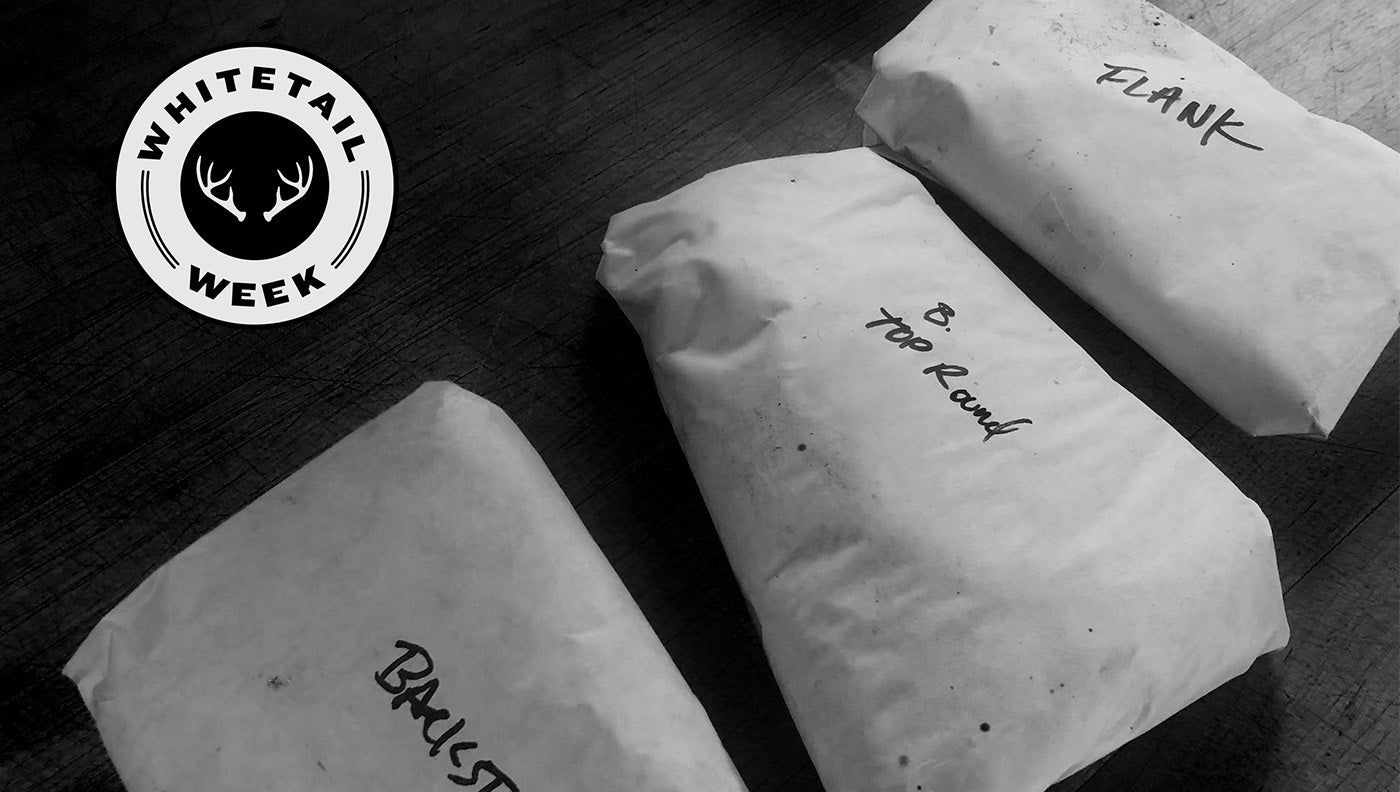 Any cut of venison from your first deer is special. Dave Hurteau
SHARE

There was no mistaking the smell. My Oma (German for ‘Grandmother’) had hasenpfeffer cooking on the little Jotul wood stove as she always did whenever I came hunting. It was typically hot inside the kitchen on that late-November evening and the moment I opened the door, my glasses—and nose—steamed up.

“You’re late tonight,” Oma said. “I was sick with worry. Now let’s sit down and eat. I made your favorite.”

“Well, he’s still in the woods. I have to go get him in a little while. It’s bow season.”

“Ach, that bow and arrow,” she countered. “Why don’t you just take a gun?” Well, if you’ve ever had one, you’ll know that there’s not much arguing with a thick-headed, 78-year-old Oma so I simply left the conversation there and headed toward the front door. “Wait,” Oma shouted. “I’m almost dressed. Just let me put my boots on.”

Having shattered her ankle a couple of months prior (it was being held together with screws and pins), there was no way that I’d agree to let her walk a mile with me in the dark and drag a dead deer. But, as usual, I lost the argument.

Armed with two inadequate flashlights (headlamps were not readily available in 1979), we hit the woods. We went 20 yards before the first New England stone wall tripped her up. I turned as she fumbled to regain her footing and adjust the glasses on her face.

As a full moon was rising, we argued there in the woods, but I finally won out this time. With Oma back safely in the kitchen, I headed toward a hoped-for blood trail. I’d practiced with my 55-pound Bear Grizzly recurve, Herter’s fiberglass arrows, and six-bladed Wasp broadheads for months. The buck had paraded in on a steady march. I heard a thwack, I thought that I heard him go down, but I also felt as if I’d hit him too far back.

It took an hour to get to my ground stand. I found blood quickly–and a ton of it. Not 20 yards, in a little brook, lay my 6-pointer. He looked like he’d go 200 pounds, but was more likely 130. I did indeed hit him too far back, but it was in his femoral artery in the hind quarter. He had died in an instant. I, admittedly, got lucky. Pulling my laminated, “How to Gut a Deer” card from my fanny pack, I began a process that was more slicing and pulling than it was any sort of orderly procedure as it seemed to be on the instructions. It took an hour before I was able to tie a rope to the buck’s antlers and point my way back to the house.

In the dark, and despite the full moon, I’d gotten myself turned around a dozen times trying to negotiate the thickets back to camp.

“Hoo…hoo…hoo…hoo,” came Oma’s unmistakable call. “We are here.” Indeed she, and my uncle Joe were at the edge of the field with flashlights.  “I was sick with worry,” she said. “I was just getting ready to call the police.” By midnight, Uncle Joe and I had the deer quarters hanging in the wood cellar to cool. Hasenpfeffer and apple cider followed. “Tomorrow,” Oma asked. “Can you take me to visit some of my friends? I’d like to give them a little deer meat.”

And so we did. The next day we shoved a box of freezer-wrapped meat into the back of my Toyota and began making the rounds.

“Ollie should be first,” Oma said. “She always gives me rabbits. She loves venison, but no one in her family hunts.” To say Ollie was appreciative would be an understatement. She gave us two rabbits in return for the venison.

By the time we’d stopped by Hilda’s, Lottie’s, Mrs. Backhaus’, Eddie Mohr’s, and Alois Kaess’, we had emptied the box of meat. Back home at Oma’s, I took stock of what remained in the freezer. Being the neophyte that I was, I didn’t realize that there were such things as prime cuts. The steaks and tenderloins from my deer were all gone. But that was okay. Ribs and front shoulders aren’t so bad when it’s your first buck ever.