Why Shed Hunting Won’t Help You Kill a Big Buck

Think searching for sheds is going to give you a shot at a buck next fall? Think again 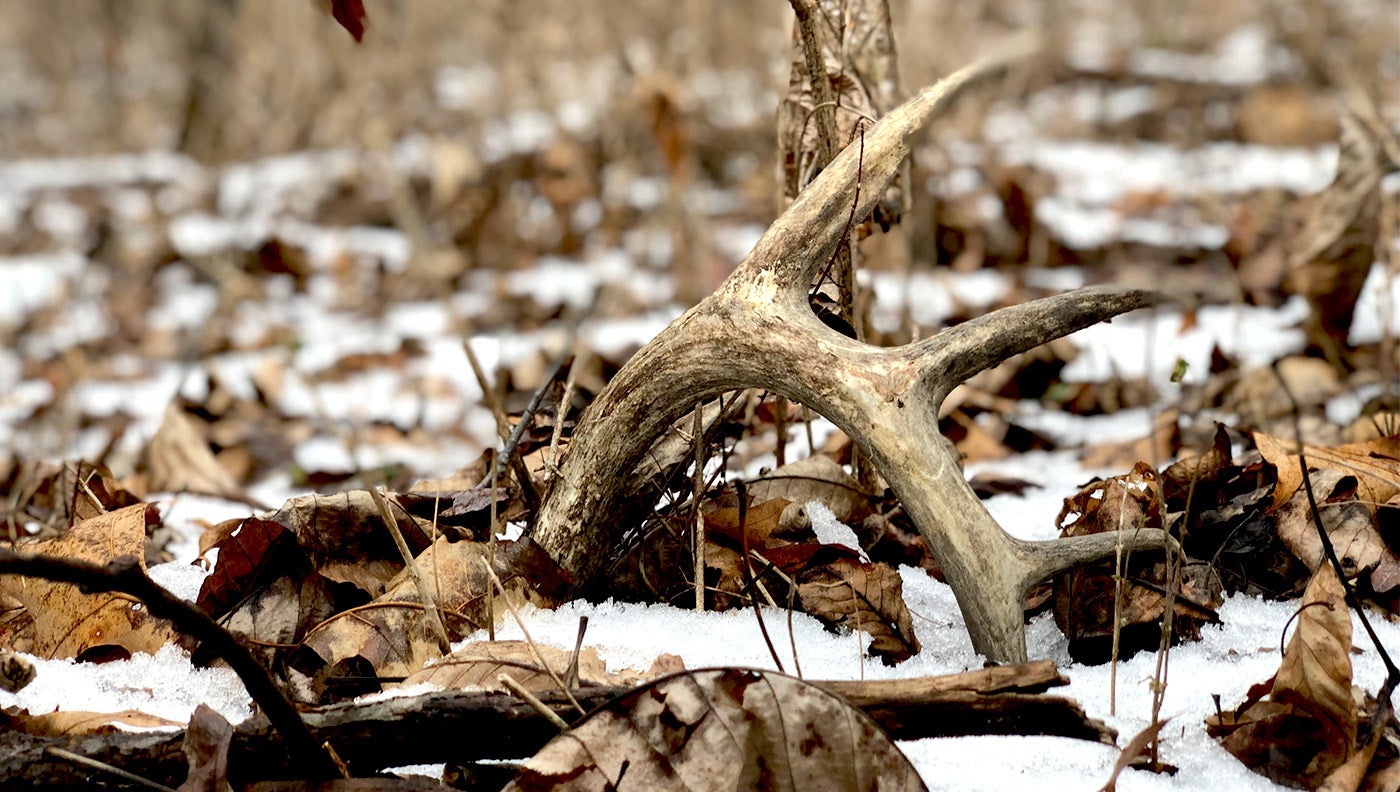 Shed hunting is fun, but it probably won't tell you a whole lot about the bucks on your property. Dave Hurteau
SHARE

There is nothing I enjoy more than chasing antlers. I prefer them, of course, to be affixed to the head of a big, fully mature buck. During late winter and early spring, after those beautiful constructions of hardened calcium and phosphorous fall off the buck that grew them, I lose interest.

Don’t get me wrong. When I’m out in the woods during the post-season or scouting for turkeys, I won’t walk by a shed antler. I’ll stop, pick it up, and admire its beauty. But that’s the extent of my shed-hunting efforts. Those late-winter and early-spring outings can tell me an awful lot about the deer I may be hunting the following fall. But those shed antlers? Not so much.

I tried for a long time to find useful information from shed antlers. The simple fact is, I haven’t. Because of this, I don’t bother joining in on the shed-hunting fun unless it is for just that reason—an opportunity to spend a little time in the woods.

For about a decade, I had sole access to a solid piece of whitetail ground in my home state of Michigan. The property wasn’t much to look at—a mix of tilled ag ground and hardwoods with a 10-acre thicket that I treated as a sanctuary. But deer piled into that place when hunting pressure picked up.

It also benefitted tremendously from a neighboring property that was a whitetail’s dream of thick, nasty cover with little to no hunting pressure. That parcel was a buck factory and allowed deer to live past their third birthday, which is a true rarity in a heavily-hunted area.

On a given year, I’d have a half-dozen 3-year-old bucks on the property with a couple pushing 5 years of age. I killed a few of them, but the majority survived. Over the years, though, I only found a single shed antler from one of the bucks I was keeping tabs on.

It wasn’t for lack of searching. I shed-hunted hard trying to find dropped antlers. But every year I’d fail to find the sheds of a buck I was watching and assume the deer had been killed during gun season. Then, the buck would reappear the following fall.

Clearly that buck had survived and had shed its antlers from the previous year somewhere. And maybe someone even found those sheds and thought: Man, there’s a big buck here, and next year I’m going to find it. Thing is, that shed-hunter probably never found that buck alive because that buck didn’t live where it shed.

One spring, I picked up a bumper crop of seven antlers in a single cornfield on a piece of land I hunted. I know that’s a paltry sum compared to some shed-hunting diehards, but it was my best spring by a long shot. Funny thing is, during the following fall (and every other fall I hunted that parcel), the buck sightings were few and far between, and I never saw one of the bucks whose sheds I’d found the previous spring.

Deer Don’t Hang Around The Same Place All Year

The conclusion I came to is that hunting pressure has a lot to do with it. The bucks that hang around a property all fall don’t live on that property all year. Time and time again, I’ve seen bucks change where they’ll stay depending on the time of year. The same property that holds an abnormal number of mature bucks during the fall will be void of bucks throughout the spring and summer.

On the first property above, I never got trail-cam images of bucks on mineral sites in the spring, never saw them feeding on soybean fields in the summer, and it wasn’t until mid-October that they would appear. It’s not that they were avoiding the cameras. They were just living elsewhere. And that’s exactly where they’d be when it came time to drop their antlers.

In some instances, finding sheds is an indicator of where the buck that dropped them lives, beds, and hangs out. But I believe this is rare and likely only happens on large properties (at least 400 acres or so minimum) where hunting pressure is tightly controlled. For the majority of hunters I know, that’s not a real-world situation.

In my opinion, finding a shed simply tells those two things: The buck that dropped it was alive when he did, and he was standing in that location when the antler fell. Beyond that, shed hunting isn’t a vital piece (or even a marginally important one) to my overall hunting strategy.