3 Ways You Might Be Breaking The Law By Shed Hunting

If you haven’t read up on your local regs, you can get in a mess of trouble while shed hunting 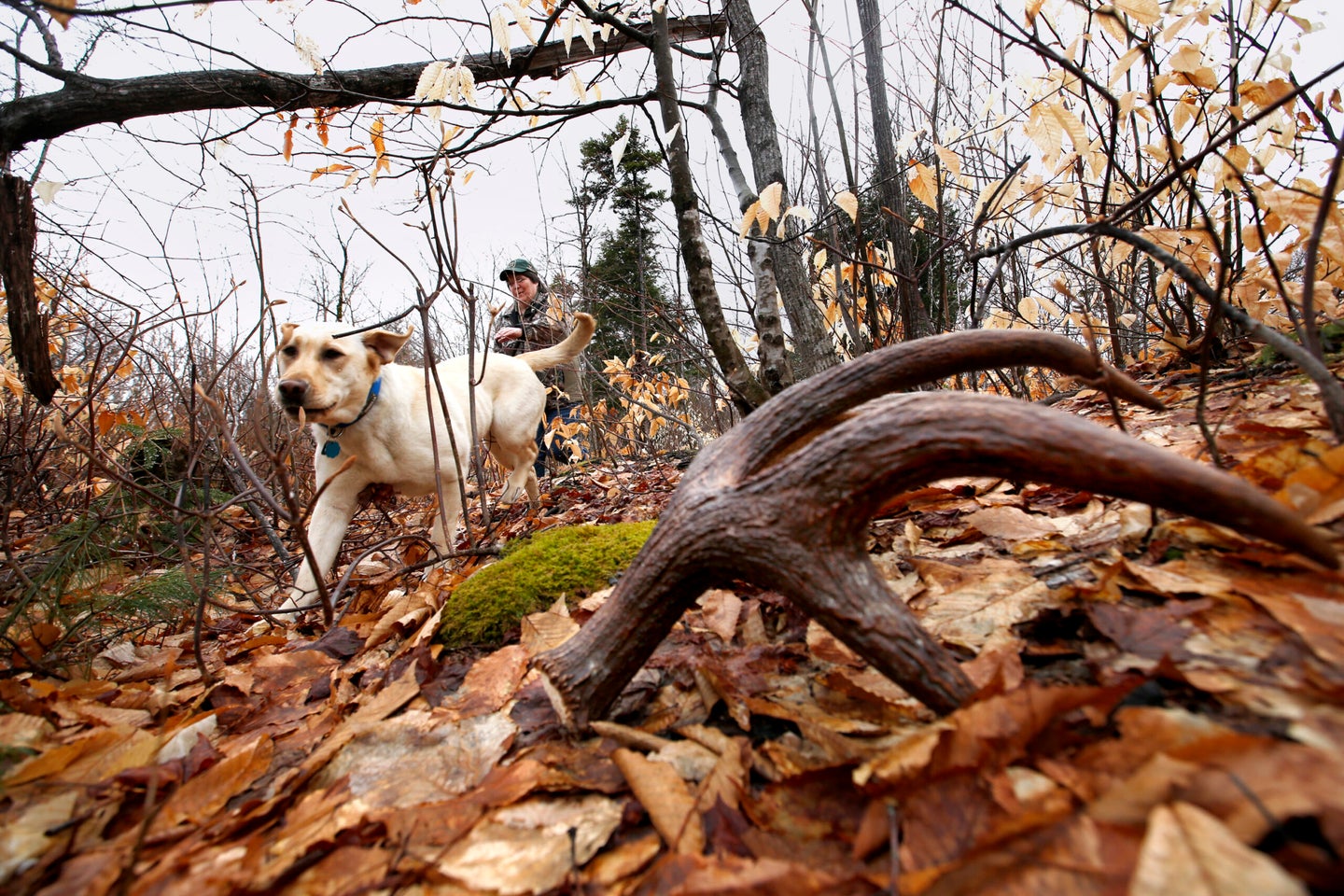 Depending on where you live, there might be special regulations for shed hunting. Ben McCanna/Portland Portland Press Herald via Getty Images
SHARE

Shed hunting is, at least on the surface, among the most benign outdoor activities going. Deer (and elk and moose) drop last fall’s antlers, we search long and hard to find them, and, in the process, hopefully find some of the coolest natural treasures out there. And even if we’re unsuccessful, we get some great exercise, right?

Not so fast, Sparky. While shed hunting is indeed awesome, you can—intentionally or not—get in a whole lot of trouble if you screw up. How can that be, you ask? Read on.

1) Fail to Register a Deadhead

Shed hunt long enough and invariably you’ll stumble on a “deadhead”; the skull of a buck that died, often long before he cast his antlers. The most natural thing to do is pick up the remains and tote them home, especially if the buck is one you know.

Trouble is, in many states, you need a possession tag to even move that skull. While shed antlers are considered fair game for collectors virtually everywhere, antlers connected to skulls are not. I actually learned this by mistake many years ago, when I found a dead buck in the woods behind my home.

Hunting seasons were closed when I found the pretty ten-point, dead from unknown causes. I wanted to keep the rack and, since the game warden in our area is my friend, I decided to call him so I could know if there was a proper way to proceed. “Thanks for checking,” Mitch said when I told him what I’d found. “Just leave him there, and I’ll mail you a possession tag. As soon as you receive it you can take the head.”

Until that call, I wasn’t sure it was illegal to move a “found” buck after the season, but now I never touch a deadhead until I inform a warden. And as I’ve talked to shed hunters from all over, I’ve learned that moving deadheads is generally a no-no. You’ll need to check the regulations in your state, but as a rule, I’d call the warden, even if you think it’s OK.

2) Shed Hunting Out of Season

Folks from the Midwest, East, and South–where it’s legal to scoop up deer antlers as soon as they drop–might be shocked to learn that there are actual shed-hunting seasons in many Western states. While this might seem like government overreach at first glance, shed hunting seasons protect wintering animals from harassment by eager shed hunters.

Here’s the deal. Winter in the mountains can be brutal, and it’s not unusual for mulies and elk to herd up in areas that help them survive. Obviously, yarded animals create a shed hunter’s dream, but moving in on these critters (which many western shed nuts do with snowmobiles) causes them to flee and exert the energy they were trying to conserve. While the first blasts of winter get all the attention, the truly stressful period of the year for most wintering wildlife is the very end. By February, March, and April, bucks and bulls are running on their last fat reserves, and they don’t need any more stress if they’re going to make it to spring and start growing another set of antlers.

Consequently, states like Wyoming and Colorado don’t allow any shed hunting until well into spring. Starting in 2018 the Colorado Parks & Wildlife (CPW) made shed hunting illegal from January 1 through April 30. Pick up an antler before April 30–even if you’re out on an innocent hike and stumble across one–and you could face fines of up to $137 per antler and the loss of 5 preference points on any big game draws you’ve entered. Wyoming, which has become a go-to shed hunting state for folks wanting nice mulie and elk antlers, also prohibits shed hunting until May 1, and anyone caught wandering the state’s big game refuges before that date should expect a ticket and a hefty fine.

I first heard of “antler traps” only a handful of years ago and immediately thought “that is nuts.” In case you’re unfamiliar with shed traps, they come in several forms, but they’re typically a latticework of metal rods or bungee cords placed above a baited site. The goal of the shed trapper is that a hungry buck (whose antlers are ready to pop off of course) goes for the bait, gets his rack tangled in the trap, and, as the deer jerks away from the trap, leaves his antlers behind.

Read Next: Why Shed Hunting Won’t Help You Kill a Big Buck

Even a sixth-grader can recognize that a shed trap is a disaster waiting to happen. If a buck isn’t ready to shed, he’s suddenly caught in a web of stuff. All kinds of bad thing can happen, including the death of the buck. Even worse, shed traps can snare non-target deer (and other critters) or cause injury by snagging some errant body part and causing the animal to struggle.

Sound ludicrous? Well of course it does, but apparently, shed-trapping is bad enough that state game agencies like the Louisiana Department of Wildlife and Fisheries have had to create laws banning the contraptions. So, if your shed hunting addiction has grown so severe that you’re considering methods to rip antlers off a buck’s head before he’s ready to give them up, don’t.