In the World of Riflery, Take Nothing for Granted

Infinitesimal variances in rifles and rounds can change your point of impact and accuracy. Better to check first 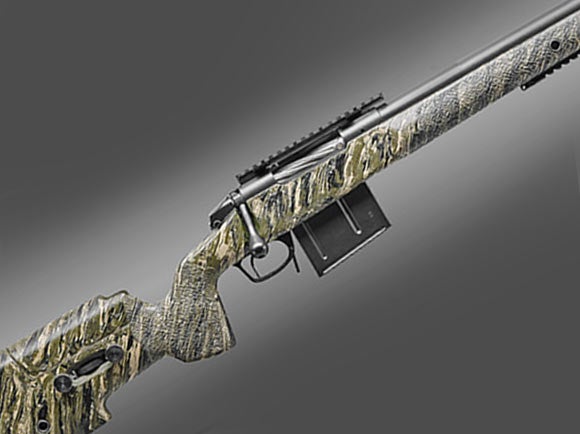 Last winter, two friends of mine went to one of the leading builders of competition rifles in New England and ordered a pair of identical guns. Both were based on Ruger Precision Rifles, with the factory barrels replaced by Kriegers, which is about as nice a barrel as you can buy. Both were chambered for 6.5 Creedmoor. Both shoot very well indeed, but they don’t shoot anything alike. What works in one rifle does not work in the other.

Or, consider this: I have two Bergara BCR29 Heavy Tactical .308s. In one, I shoot Berger 175-grain Open Tip Match bullets, which chronograph at 2,530 fps. The ballistic coefficient is .512. The other rifle clamors for Sierra 175-grain Hollow Point Boat Tail Match Kings, with a BC of .496, which the chronograph says are heading downrange at 2,540. (In real life, the BCs are identical. Berger calculates theirs on a muzzle velocity of 2,600 fps. Sierra uses a sliding scale; the faster the bullet, the higher the BC. If you allowed for what I’m getting at the muzzle, the Berger would come out within a few points of the Sierra.)

So, here we have two rifles shooting bullets of the same weight and same ballistic coefficients at the same velocity, and you’d figure that the trajectories would be identical. And you’d be wrong. They’re similar, but you can’t substitute the elevation adjustments of one .308 for the other.

Nor do the two rifles’ preferred loads use the same powder and primer. One rifle eats RelodeR 15 and Winchester Large Rifle primers. The other gun has a fit if you don’t feed it IMR 4895 and Federal 210M primers.

This is standard, normal behavior for rifles. No two are the same.

Shooters who handload take as gospel such information as “The ideal powder for the 6.5 Creedmoor is Hodgdon 4350.” Quite possibly. Could be. Wouldn’t surprise me a bit. On the other hand, when it came time to work up a load for my Creedmoor, I used IMR 4350, which doesn’t burn quite the same. The reason was ballistically compelling: I didn’t have any Hodgdon on hand, and I was too lazy to drive down to Cabela’s, and I did have IMR 4350 right there on the shelf. It worked just fine. If I hadn’t had that, I had two or three other powders that would have done just as well.

I was once asked if I’ve noticed a difference in the way powders burn at different temperatures. My answer was a definite maybe, if you consider “different” to mean a spread of 100 degrees or so—say, minus 20 versus 80 above. Powder manufacturers, God bless ’em, go to extreme lengths to ensure that one lot of propellant burns exactly like another, and that you don’t get burning-rate variations due to temperature.

I have, nonetheless, seen variations both in point of impact and accuracy in extremes of temperature. This might not be due to the powder going weird. It could be the primers behaving differently, and/or the fact that cold air is denser than warm air, and slows bullets down and causes them to shoot lower. Or it could be ugh on the firing pin congealing in the cold and lessening the blow on the primers. Or the barrel might be contracting or expanding an infinitesimal amount.

The moral to all this is to assume nothing and be suspicious of everything. If I sighted in my rifle when it was 70 degrees outside, and I was going to take it hunting where the weather got bitter cold, I’d want to know how it shot in the bitter cold. If I were going to Africa during its version of summer, I’d want to see how my rifle shot in extreme heat. If I were going to New Zealand where everything is vertical, I’d want to see how it shot aiming straight up or straight down.

The world of riflery is full of surprises. Better you encounter them where and when you can make adjustments.