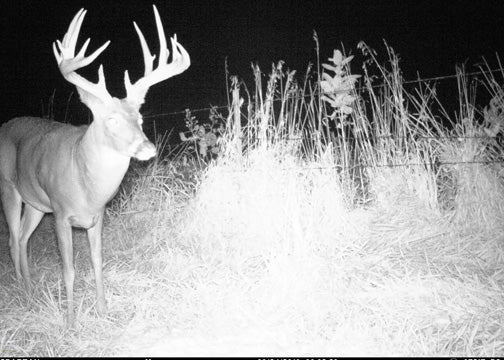 Iowa has a well-deserved reputation for producing giant bucks, but Hawkeye State hunters have had a couple of tough seasons recently, due heavily to EHD outbreaks that killed a lot of mature bucks. But things are looking good for Iowa hunters this fall (the archery season opened earlier this month) according to Tony Sehman, owner of Thunder Ridge Outfitters.

“Iowa has had ample moisture this summer, and the corn matured much earlier than normal. In fact, farmers were harvesting in late September, which is unheard of. Food plots look amazing and so does antler growth.  Acorn crop looks good too.  No EHD of any sorts that we have seen or heard of.”

Sehman says that they have several bucks on the hit list this year, and they will start pursuing them at the end of October. “Bucks have been seen checking does; in fact I just got video on a trail camera of a mid 150’s 10-point chasing and grunting at a doe. More and more scrapes are showing up each day. The rut outlook is good. It’s almost time.”