It’s Shed Season Again, But Where Are the Antlers?

The whitetail deer in my area seem to have disappeared 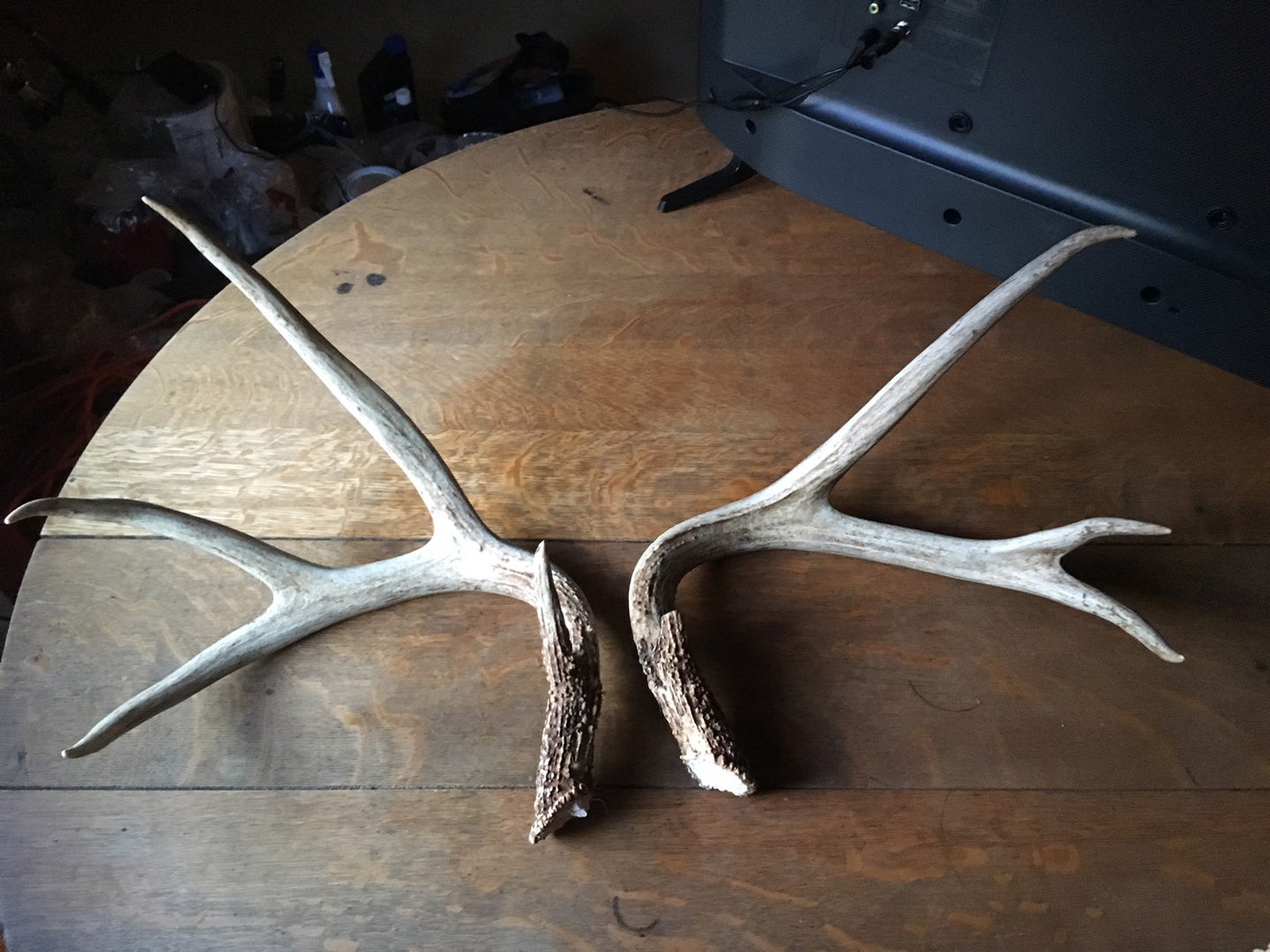 Smith's first find of the season. By the author
SHARE

Even when Paula Smith is happy, she’s cantankerous. When she’s unhappy, forget about it. Right now, she’s unhappy. It’s mid February and she has yet to find her first shed antler. She has never seen a year like this one before.

Bucks drop their antlers when their levels of testosterone drop to a certain point and a bone cell called an osteoclast absorbs the calcium between antler and pedicle. At which point the antler succumbs to gravity. Scientists say this typically takes place between December and March.

“That’s bull$%^#,” according to Paula. “I’ve seen ’em with antlers on as late as tax season.” When she’s not finding antlers, Paula has little patience with science.

Falling testosterone makes antlers fall. But the factors affecting testosterone are endless. There’s photoperiodism, of course. But even that affects different deer differently. Some bucks shed in the same two- or three-day window year after year, whether in early January or late March. Physical condition is a factor. Injuries—from fighting, from a run-in with a motor vehicle, from a hunting wound—can be a factor. Wounded deer shed earlier. Nutrition is a factor. A poorly nourished deer will have less testosterone. Again, an earlier drop. Dominant bucks are widely thought to shed earlier because they rut and fight more heavily and frequently. Buck-to-doe ratios are a factor because the presence of unbred does has been shown to prolong elevated levels of testosterone in bucks. The weather is a factor because it affects stress levels.

That’s a boatload of variables. Paula says there are bucks that she has been tracking for years that seem to have vanished from their ranges. She thinks this year’s floods pushed them off the river. “I think they’ve moved to the backyards of the embassies and yuppie mansions up on Foxhall Road. Those are gated communities, you know what I mean? I mean gated with guards. I can’t go there. I’ve tried.”

But they can’t have all gone there, I tell her, and she follows plenty of bucks that don’t live on the river. “I know, I know,” she says. “I been looking for ’em all over. All I’m seeing is does.” I ask how she’s sure all the antlerless deer she sees are bucks. “You think I don’t know a goddam buck from a doe without antlers?” she says combatively. Sorry, I tell her. I wasn’t thinking. “So start thinking, numb nuts.”

In fact, the weather has been crazy this year, swinging from frigid to mild and back again. And there isn’t much food around. Both should translate to an earlier drop, not a later one. But they aren’t.

The other day, I was looking at a house about 10 miles north of D.C., in Rockville, Maryland. An arm of Rock Creek Park was nearby, so I went for a walk. Maybe I’d find a shed before Paula did. I bumped two does within 60 yards of the car, then headed toward an elevated bedding area. As I approached, two bucks walked away stiffly and disappeared. Both had their antlers. One was an outside-the-ears 8. I called Paula immediately. “Saw two up north of the city,” I said. “Both racked. And they didn’t look they were coming down anytime soon.”