Letting Women Into the Tent

The future of hunting is looking less male 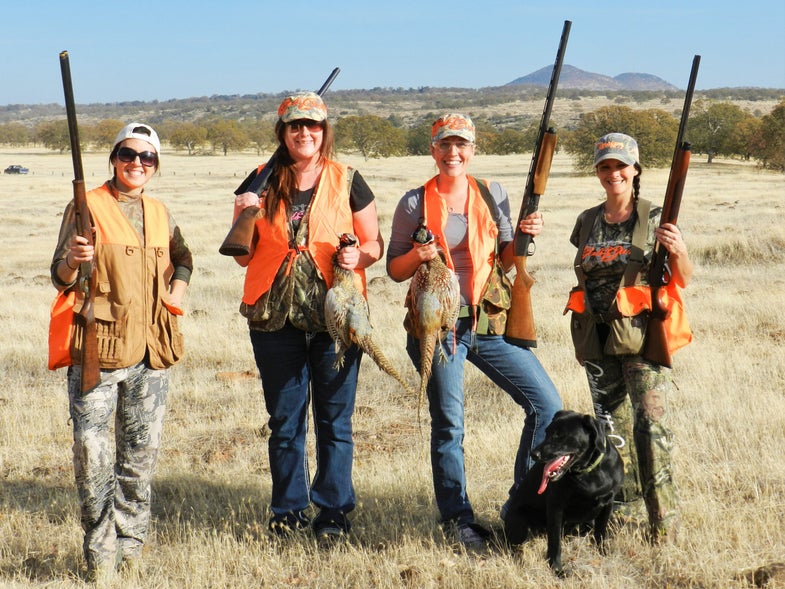 It’s no secret that the number of hunters in the U.S. is declining. We’ve gone from 40 million licensed hunters in 1970 to around 12 million today, according to one source. That’s a decline of more than two thirds in less than 50 years. If hunters were a species, we’d be on the “threatened” list and closing in fast on “endangered.” Reasons commonly cited for this precipitous decline range from loss of habitat to higher divorce rates, changes in entertainment, more complicated regulations, and the difficulty of recruiting new hunters. Any way you slice it, however, it’s bad news. If nothing else, fewer hunters means fewer people willing to fight for hunter’s rights and to keep land open to hunters. And if you don’t fight for something you love, you won’t hold onto it long.

The best news on the horizon is that the future of hunting looks increasingly female. A 2016 report by the Outdoor Foundation shows that among all age groups, 18- to 24-year-olds are the ones whose participation in outdoor activities is increasing fastest. And young women are participating at rates 16 percent higher than young men.

Let that sink in a moment. Be curious about your own reactions to it. You may feel hopeful, resentful, resigned, whatever. Maybe a mix of all three. But it’s a good idea to know how you really feel about it so you can decide what you want to do about those feelings. Hunting, after all, has been an almost exclusively male club for eons. Like hundreds of thousands of years. (Sure, the Romans had Diana, Goddess of the Hunt. Deer and oak groves were especially sacred to her, but I was never able to take her all that seriously. Maybe it was all those white marble statues of her, but I could never quite picture her gutting a deer.)

I’m guessing that a lot of guys don’t particularly like the idea of sharing the woods—let alone a hunting camp—with women. Those guys, I’m also guessing, do not represent the best of us. I hope you’re not one of them.

Women, from what I can tell, “get” hunting at least as readily and deeply as men. Maybe because they’re not vulnerable—or not as vulnerable—to testosterone poisoning. They seem less interested in trophies and bragging rights. Michelle Bodenheimer was a vegetarian who became a regional director for the NWTF. “The outdoor sports help women gain confidence and a sense of purpose,” she told the Statesman Journal. That’s hunting.

It’s not easy being a woman trying to make inroads into the male-dominated way of life that is hunting. If you’re a man who hunts, I invite you to consider going out of your way to make any woman hunter you encounter feel welcome. Do something to offset the jerks she has probably had to wade through to get as far as she has. Let her into the tent. We’ll all be better off. And so will our children, male and female.