The other day I made a remark to Gil Ash of the OSP school and he immediately said “I’m going... 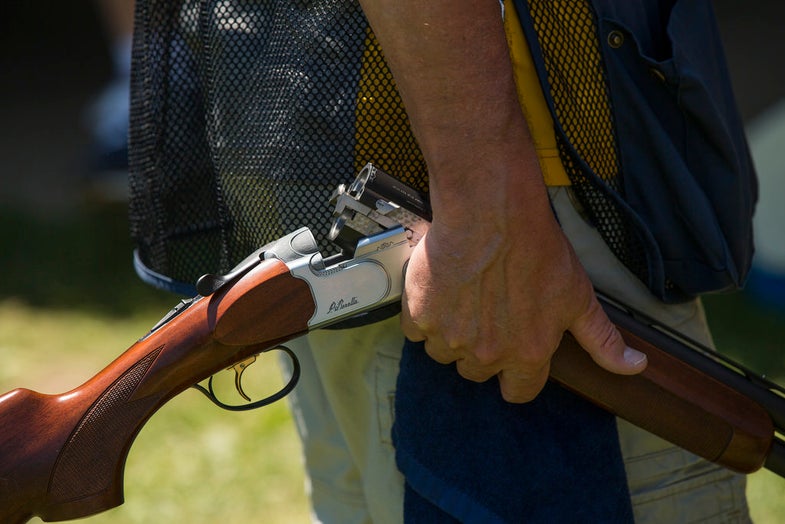 Trap shooting teaches you to keep your eye on the target and your head on the stock. But, it can also teach you some important lessons about life. WPFG
SHARE

The other day I made a remark to Gil Ash of the OSP school and he immediately said “I’m going to quote you on that.” Since Gil talks (a lot) to a lot of people, I need to get out in front of that remark, as the D.C. spin doctors say, before it gets me in trouble.

Trap teaches two very important shooting lessons. It teaches you to keep your eye on the target and your head on the stock.

The problem with trap as shotgun practice (and it is way better than no practice at all) is that you can shoot wrong and still do very well. Watch a trap shoot sometime. You will see people grinding targets despite odd stances and bizarre gun mounts. What’s worse is that because the angles in trap are shallow, you can be very successful aiming right down the gun barrel and shooting a trap gun like a rifle. And that’s fine for trap, and for a lot of upland shooting, but not when it comes time to shoot any kind of bird that requires some lead. Then you have to learn to get your eyes off the gun barrel, because if you’re aiming your gun at a crossing duck or dove, you’re going to shoot behind it.

Skeet and sporting clays are much better games for learning how to wingshoot, in my opinion.

What trap teaches best are important life skills. It requires tremendous focus and discipline. To be in the running at any kind of shoot, you pretty much have to be perfect or close to it. Earlier this week, for instance, one of the kids on our trap team shot 196×200 at the state shoot. That is terrific shooting, and it wins you exactly nothing. Two 200s tied for first, a pair of 198s shot off for third and fourth, and five or six 197s shot off for whatever hardware was left over. And this was high school kids.

Breaking 199 or 200 targets in a row is a daunting task, and the best know there is only one way to do it: one bird a time. They have the ability to live in the present and think only about the next target. Whatever happened before is over, and can’t be changed. The future isn’t here yet. All they can control is they how they react to the next target. It’s not easy to do in the stress of competition. Those skills help you in any sport, and in many other aspects of life. The trap field is a great place to learn them.