After 73 years, Louisiana’s state-record typical buck may at last fall, thanks to Charlie Lusco of Kenner. On December 1,... 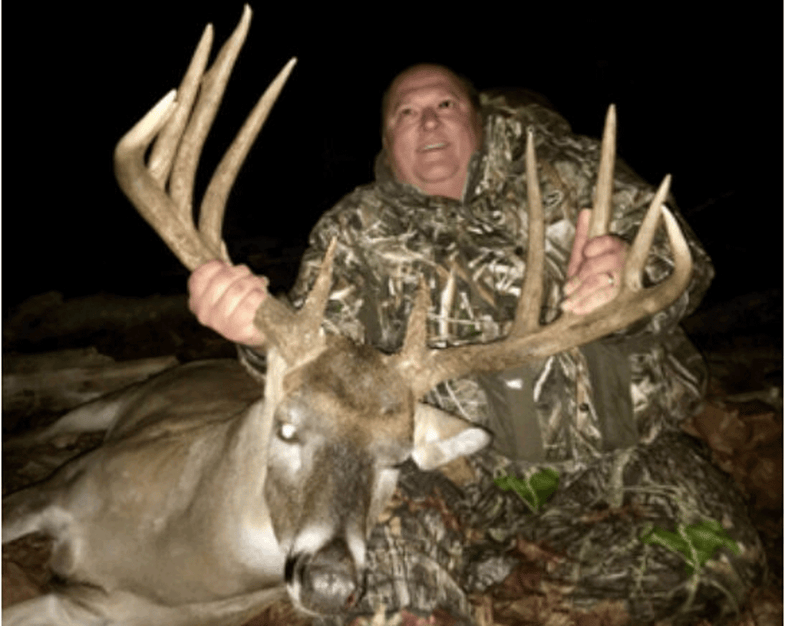 After 73 years, Louisiana’s state-record typical buck may at last fall, thanks to Charlie Lusco of Kenner.

On December 1, Lusco spent the day hanging trail cameras on a piece of property near Diamond Island. His goal was to get photos of a giant buck he and his buddies had been chasing all fall. But what Lusco got was even better than snapshots, as Louisiana Sportsman reports in detail.

Late that afternoon, after setting out his trail cams, Lusco crawled into a stand where he knew he wouldn’t disturb his hunting partners, already in their spots. The big buck hadn’t shown up on trail-cam photos for more than two weeks, so Lusco didn’t know where the wise old deer was hanging out.

Since Lusco picked this stand more out of courtesy than strategy, he didn’t anticipate the buck showing up. But, about an hour later, “he came out 200 yards from me,” Lusco told Louisiana Sportsman.

Lusco shouldered his .270 and touched off a shot. The buck headed back to the woods, so Lusco decided to head home. Although he was confident that he made a good shot, he thought he’d give the deer some time before making the recovery. A couple hours later, he returned with his buddies, and it took them only 10 minutes to find the 11-point typical. “Everybody was high-fiving and slamming knuckles,” Lusco told reporters.

Now, Lusco has to wait to see whether his deer will unseat the current state-record typical, which scored 184 6/8 inches and was shot by Don Broadway in 1943, as NOLA reports. Lusco’s trophy has been measured three times already, and it has green-scored between 185, 186, and 188 inches. An official score will be taken after a 60-day drying period to determine whether the buck will best the current record.