Malheur Verdict: A Teaching Moment, Not a Defeat

After the shock—and anger—had worn off, conservation groups did the right thing: They began trying to assess the impact on... 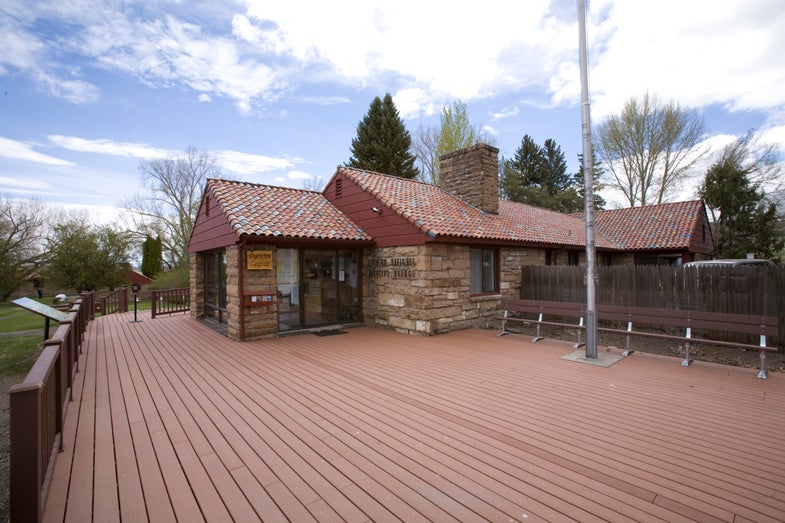 The Malheur National Wildlife Refuge headquarters. The armed gang responsible for the months-long takeover and shutdown of the Refuge were acquitted last week. Courtesy of Cacaphony/Wikimedia Creative Commons
SHARE

After the shock—and anger—had worn off, conservation groups did the right thing: They began trying to assess the impact on their agenda by the recent acquittal of the armed gang that staged the months-long takeover and shutdown of the Malheur Wildlife Refuge in Oregon.

That is the right response. Raging at a jury for a verdict is seldom appropriate, and often misdirected. This wasn’t some star chamber of Sage Brush Rebels, but a group of randomly selected citizens. Unless you sat in the courtroom, understood the charges, and heard the judge’s instructions and counsels’ arguments, you can’t fairly judge their judgment.

But post-trial reporting, as well as comments from the jury, can help shape conservationists’ responses. They really revolve around a few questions:

1. Will the verdict result in gun-toting copycats doing the same thing on other public lands?

Post-trial comments by jurors confirmed what some legal experts have opined: The prosecution’s decision to go with the harder-to-prove conspiracy charge in pursuit of a stiffer sentence was a mistake.

In an email to The Oregonian, Juror No. 4 said the only judgment they were allowed to make was on the merits of the government’s charge of conspiracy, not on the motives or causes espoused by the defendants.

“All 12 jurors felt that this verdict was a statement regarding the various failures of the prosecution to prove ‘conspiracy’ in the count itself—and not any form of affirmation of the defense’s various beliefs, actions or aspirations,” the juror wrote.

And the jury understood the dangerous message their vote could send to extremists like those charged, writing:

“It was not lost on us that our verdict(s) might inspire future actions that are regrettable, but that sort of thinking was not permitted when considering the charges before us.

Land Tawney, executive director of The Backcountry Hunters and Anglers conservation group agreed. “I’m really concerned about how this will embolden the kind of crazies behind this idea,” he said. “I think we are going to see more of these illegal activities happen on our public lands.”

That leads to the second question:

2. How will the verdict affect the ability of federal employees to continue the important work of managing and protecting our national lands?

Even before the Malheur takeover, federal lands managers were victims of violence and regular physical threats across many western states. But a report in The New York Times notes that ever since Cliven Bundy—father of two of the acquitted—staged his armed resistance in 2014, those incidents skyrocketed.

The perpetrators know if they can prevent federal workers from doing their jobs, they can get what they want: The freedom to use our lands whenever and however they desire. So the men and women who protect the habitat, fish and wildlife that belongs to all of us know they could be in for even harder times.

Dan Ashe, director of the U.S. Fish and Wildlife Service, tried to rally his troops after the verdict.

“We must send a strong message of deterrence to those who would seek to replicate the occupation or perpetuate the toxic myths that sustained it,” he wrote to them. “ I hope and trust future juries will respond and give the defendants the justice they have earned.”

Of course, that can only work if the public shows its support.

Which brings us to the third important question:

3. How will politicians representing sportsmen react to this verdict?

Until now, many western politicians and the big industries they represent have tried to have it both ways on the false argument over control of national lands. They like to paint the federal government as the enemy — incompetent, regulation-bound foreigners trying to tell locals how to live and enjoy ”their” lands. It gave them cover to offer sympathy for the “protests” over federal management.

But this verdict moves that kind of hyperbole from insulting and inaccurate to highly inflammable.

If I ran a conservation group, I’d have Juror No. 4’s comments above printed on posters and sent to every member of Congress and emailed to every editorial writer in the nation.

And average sportsmen should be pressing their congressional representatives on their opinion of the armed takeovers of public property.

That’s why the verdict was a teaching moment, not a defeat.