The U.S. Bureau of Land Management is proposing the removal of juniper trees from more than 940 square miles in... 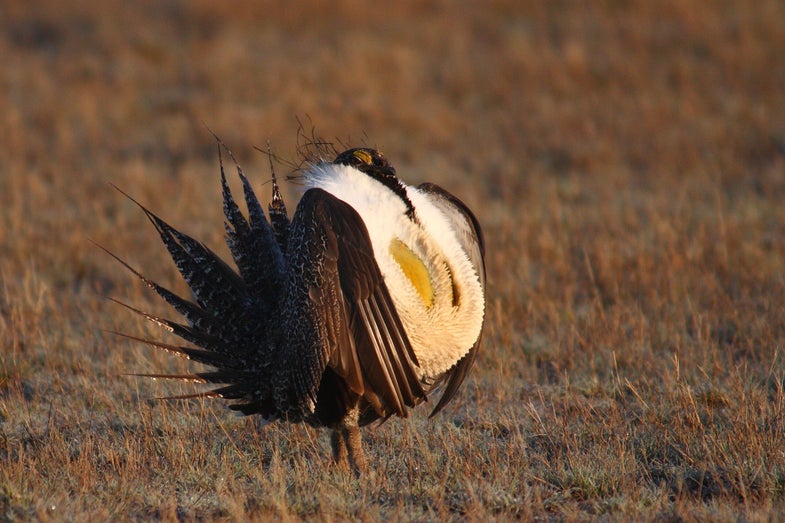 Juniper forests have sprung up across the West over the last century, overtaking the sagebrush needed by grouse and other species to survive.. Steve Fairbairn for USFWS/Flickr
SHARE

The U.S. Bureau of Land Management is proposing the removal of juniper trees from more than 940 square miles in Southwest Idaho. According to the Idaho Press-Tribune, the proposed pruning would improve sage grouse habitat and cattle grazing in Idaho’s Owyhee County. The BLM is accepting comments on the proposal, the largest ever of its kind, until January 3.

Throughout the West, over the past century juniper forests have displaced native sagebrush, which sage grouse require to thrive.

Karen Launchbaugh, the director of the University of Idaho’s Rangeland Center, called the proposal “bold” and added that the project should help researchers understand the huge tracks of juniper forests that have dislodged sage grouse and hundreds of other species across the West. Additionally, Launchbaugh said, “The cattlemen will benefit from this because it will mean more forage.”

Per the BLM, Sage grouse have lost 56 percent of their historic range, which now covers 165 million acres across 11 Western states. Though sage grouse once numbered in the millions, estimates put the current population between 200,000 and 500,000 birds. In 2015, however, the U.S. Fish and Wildlife Service determined that the sage grouse didn’t merit protections under the Endangered Species Act due to advancements in federal and state conservation plans. We covered the announcement in Sept. 2015, and that month Audubon published a story about the extensive conservation efforts that kept the Western icon from being listed.