Megadrought: A Risk to Hunting, Fishing — and National Security

Drought might be the biggest threat to wildlife in the southwestern U.S. 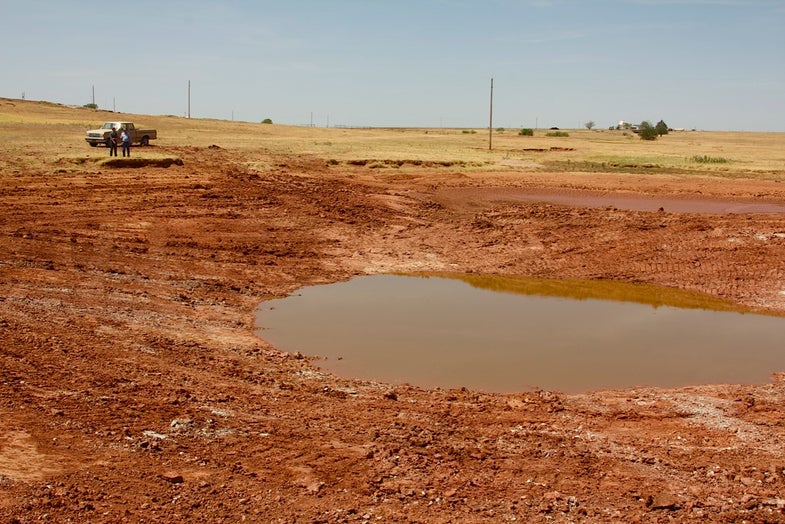 Anyone who has paid even scant attention to the news over the last few weeks has been exposed to some pretty disturbing revelations. But the one that has left me worried about the future had nothing to do with groping, “locker room talk,” or emails. It dealt with what the southwestern U.S. – and all of its fish, wildlife and humans – likely will face over the next 50 years.

“We find that regional temperature increases alone push megadrought risk above 70, 90 or 99% by the end of the century, even if precipitation increases moderately, does not change, or decreases, respectively.”

So concluded a team of respected researchers in their report published in the journal “Science Advances.”

In case the presidential campaign has your hyperbole radar on high alert, the researchers provide this explanation:

“Megadroughts are comparable in severity to the worst droughts of the 20th century but are much longer in duration.”

That news left me rattled for two reasons.

First, anyone who loves the great Western outdoors should know a future filled with megadroughts likely would spell the end to public hunting, fishing, and water-based recreation as we’ve always known it in those states.

That’s not the cynic in me talking, that’s just a nod to these undeniable facts:

• Much of the water that supports the cities, agriculture and industry in the southwest is already taxed to the limit.

• If the public is ever faced with deciding if limited water should go to fish and wildlife or those cities, farms and industries, the critters will certainly lose.

I’ve spent many years enjoying our national lands out west, and the thought of the next generations of outdoors folks losing those treasures is deeply disturbing.

The second reason I was rattled was the lack of attention that news and its causes has generated —especially in this campaign season.

The reason the West is baking and rapidly changing is because of global warming caused by the greenhouse gases produced by human activities. Yet the topic has come up just once – and then only briefly – in the two presidential debates, and seldom in the years-long nominating races.

And we’re talking about an issue which has the world’s climatologists warn could flood many of our coastal cities by the end of the century, one that the nation’s top security and military officials ruled as one of the most serious threats to our security in the decades ahead.

Fish and wildlife biologists warn that it could have devastating affects on the fish, wildlife and national lands that support our sporting traditions.

This is an issue sportsmen should not allow to be ignored.