The Mental Game of Shooting

I write all the time about equipment—what’s good, what isn’t, and how it will help you or won’t help you.... 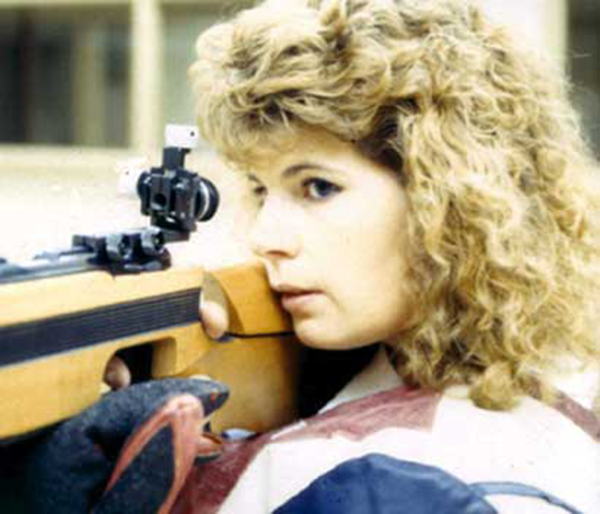 I write all the time about equipment—what’s good, what isn’t, and how it will help you or won’t help you. This is useful to a modest degree, but what really determines how well you shoot is the disgusting gray/pink blob of protoplasm between your ears and your control over it, or lack thereof.

I received the news the other night of a fellow who, while hunting in Colorado, missed a shot at a bull elk. And, hunting for Cervus canadensis being what it is, that was the only shot anyone got the whole time. To make things worse, the unhappy nimrod missed at 30 yards.

A friend of mine who had retired from the New York City Police Department told me about a narcotics detective who was seated across from a drug dealer at a little table in a bar, trying to make a deal and then arrest him. Things were not going well, and the detective sensed that the dealer was about to pull a gun, so he pulled his. It was a 2-inch-barrel .38 snubby revolver which he carried in a cross-draw holster. He yanked it underneath the table and fired six times with the muzzle maybe a foot and a half from the dealer’s midriff. He missed with all six shots. Seeing that things were not going according to plan, he then hit the dealer in the head with the gun and got the cuffs on him.

What was at work here was our old friends Stress and Panic, which can short-circuit your nervous system and your coordination in the time it takes for a brain synapse to close.

Or it can work the other way. In 1993 I met Olympic gold medalist Launi Meili, who had won the three-position 50-yard rifle event at Barcelona the year before. I asked her what it was like to know that only more squeeze of the trigger, one more in the 10-ring, and she’d be on the winner’s step of the podium listening to The Star Spangled Banner. She looked at me as if I was addled.

“If you think like that,” she said, “you won’t make it to the Olympics, never mind winning gold.”

Or there was the example a couple of weeks ago of a friend of mine against whom I’ve been shooting for more than 20 years, and whose will to win borders on homicidal (This isn’t my phrase. It was used to describe Larry Bird, and I can’t remember where I read it). He is now in his 60s, and has shot endlessly, and his back is now exacting a price for all that recoil. The contest in which we were engaged involved 20 rounds offhand from a rifle chambered for .375 H&H or bigger. This is not fun under normal circumstances, but he was in such agony that he had to lean on a table between strings because he couldn’t stand upright.

And he won anyway. He didn’t shoot as well as he normally does, but it was enough. There was some very good shooting done that day, and there were people competing who were 30 years younger, and probably better shots, but no one wanted to win as badly, and no one was as certain they would win.

Joe Montana was the supreme practitioner of this voodoo. It didn’t matter if it was late in the fourth quarter and the 49ers were trailing. He’d trot on the field with a little smile on his face that said: “We’re going to do it to you now.”

And his teammates would look at each other, and agree that yes, Joe was going to do it, and the 11 men on the other side of the line of scrimmage would concur that they were about to have it done to them, and then the 49ers would win.