Stuff I like, from a borescope with nine lives to a warm and well-made coat 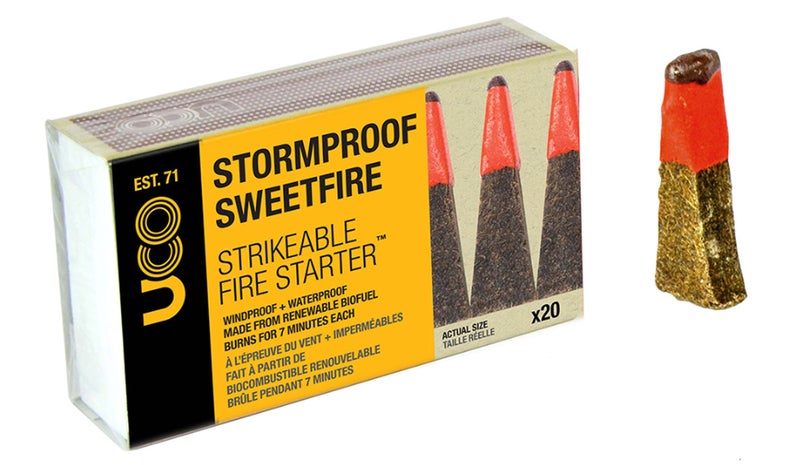 As I spend a fair amount of time whining and bitching about stuff that doesn’t work, it seems only fair to tell you about some items that really do work.

• The Hawkeye Borescope, which is made by Gradient Lens Corp. in Rochester, N.Y. I got mine about a dozen years ago, became dependent on it, and then broke it about ten years ago. They’re fragile, and if you’re careless, that’s what happens. But I discovered that the Gradient Lens repair service is a marvel. I was more careful, as the police say, and all was well for over a decade.

Then, the day before I went deer hunting, I broke it again. My wife said she would send it out for repair, but I went off to the Great North Woods making little chittering noises of anxiety, not unlike a vervet monkey that knows there is a green mamba in his tree, but is unsure of which branch it is on.

I needn’t have chittered. The scope was back, in working order, before I was. My wife says that the people at Gradient Lens are still the last word in efficiency. Hawkeye Borescopes are not cheap, but they’re worth every cent you pay for them and the repair service is beyond price.

• I wrote earlier this year about the Sweetfire line of firestarting products, and that they work, and now there are a couple of new ones that I got to field-test under trying conditions. The first is called Stormproof Sweetfire, and is an igniter with a large, violently flammable head coated onto a triangle of tinder made from tired sugarcane. To keep it company, there is Sweetfire Fire Starter, which is straight tinder cubes, no igniter. The Stormproof Sweetfire bears roughly the same relationship to a match as a Top Fuel dragster does to a [fill in the econobox of your choice].

I tried these out on a day with lots of wet snow coming in sideways, courtesy of 30 mph gusts. I built my fire in a fire ring, because if you start one in the woods, the Forest Service will come and whip you with chainsaw chains. I got some pencil-size kindling, and some bigger stuff, and went to work.

When you strike the Stormproof on the abrasive strip, the result is a startling flame that bears no resemblance to what you get from a match or a lighter. It’s best described as “furious.” Put the igniter on a piece of wood so you can get some air underneath, and prop a couple of the tinder cubes on it, and you’re off to the races. You get a flame about the size of both hands side by side, fingers extended. My kindling caught immediately, to my great joy, as there were a number of people watching from indoors, waiting for me to make a fool of myself.

Stormproof Sweetfire does not go out no matter how much water lands on it or how hard it blows. In fact, you can submerge it, and it will reignite when you fish it out. The igniters burn for 7 minutes; the tinder for 6. Igniters are $4.99 for an 8-pack, or $9.99 for a 20 pack. The cubes are $2.99 for a 24 pack. If you can’t get a fire going with this stuff, perhaps it’s best that you find a sheltering tree, have a seat, think about Mother, and perish. It’s better for the gene pool in the long run.

• Sleeping Indian is the name of a mountain in Wyoming, and is also the name of a clothing company that makes very high-grade wool hunting gear (pictured above). It was founded in 1989, and what they produced was as nicely made and carefully thought out as anything you could buy. In 2008, I bought two hunting coats from them, and would not trade them for a pile of Purdeys.

Sadly, in 2012, Ted Ranck, the founder, passed away, and the company went out of business in 2013. However, it was re-launched in 2016, and is very much alive and well in Troy, Mont. You may see information to the contrary on the Internet, but it’s about as accurate as most of what you see on the Internet.

Wool hath its faults. It’s heavy, and bulky, and you don’t want to get it wet, but it’s also the toughest stuff around, and warm, and absolutely quiet, and the Sleeping Indian camo patterns are some of the very best. You can take them all sorts of places and they blend right in.

Sleeping Indian Fine Wool Apparel, which is the proper name, works to order. They ask you to fill out a thorough size chart, which is what I did lo those many years ago, and you will appreciate getting something that fits you, and not the general public. I take an XXL, but am a mere 5’9”, as opposed to the typical XXL wearer who is 6’3” or something like that. I explained this to Ted Ranck, and said that I didn’t want the sleeves reaching 4 inches past my fingertips. And they don’t. It’s very good to see Sleeping Indian back.