I’ve often said October is a month with two faces. When it’s warm and muggy, it’s the most frustrating time... 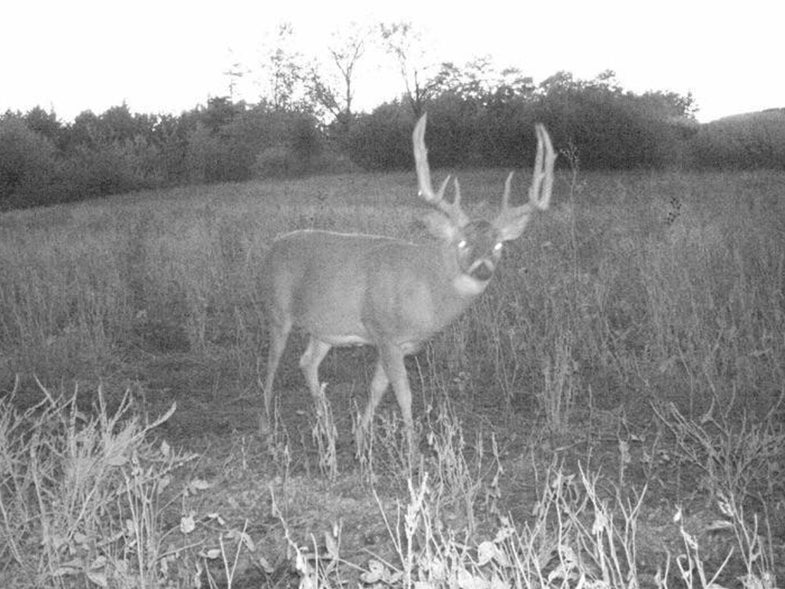 I’ve often said October is a month with two faces. When it’s warm and muggy, it’s the most frustrating time to hunt; when the mercury nosedives, I’d rather hunt now than November.

The past week has exhibited both extremes. Seven days ago, with afternoon temps in the 50s, I rattled in my first Minnesota buck of the season, a mature 8-point that my trail cams had “shot” several times this summer. The next day a warm front moved in, bringing clinging humidity and 70-plus for afternoon highs. Area hunters I’ve talked to said deer movement predictably tanked.

My friend Ted Marum, who was guiding friends on a north Missouri farm, saw exactly the same drop in buck activity. “I checked trail cams on the farm as soon as I got down there, and the week before I had shooter bucks on their feet in daylight almost every day (see picture for just one of these monsters),” he says. “But it was cool that week. When my guys got to the farm it was warm and muggy and, of course, they saw almost nothing. I wasn’t even getting big ones on my cams at night. I think they were just lying on their bellies.”

Despite the slowdown in buck movement, things are poised for a big change, and it should come in the days ahead. Buck sign is increasing daily, with new scrapes opening up, and established ones getting hit by multiple bucks. The temperature has dropped some 20 degrees, and humidity has left the building. As my hunting buddy Tom VanDoorn, a highly successful bowhunter from Wisconsin, always says: “any day in October that starts with a 2 is a great day to be in the stand.” Let the (prerut) games begin!