When Brent Getzler’s bobber tipped onto its side while the 33-year-old was fishing Lake of the Woods last month, he... 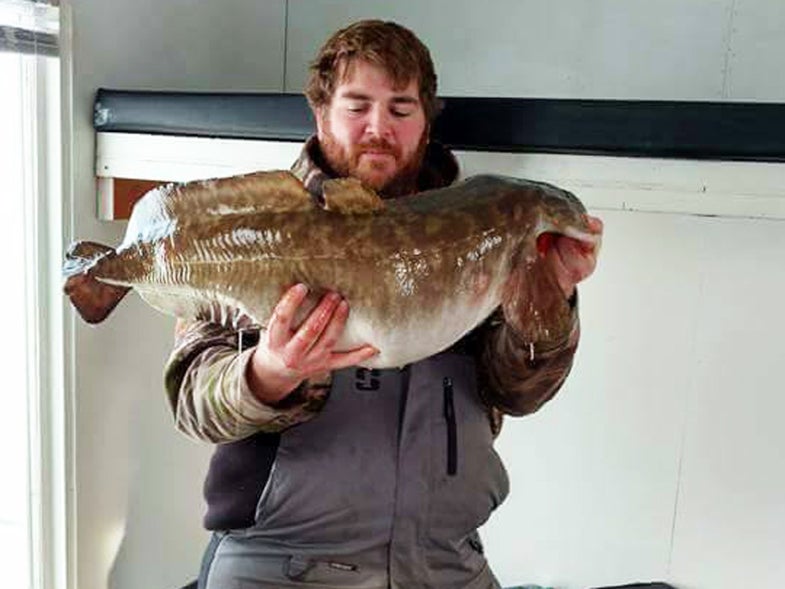 When Brent Getzler’s bobber tipped onto its side while the 33-year-old was fishing Lake of the Woods last month, he hoped on the other end was a walleye big enough to put on the wall. Turns out, there was a wall-hanger—but it was no walleye. Instead, it was a 19-pound 10-ounce burbot—known more commonly as eelpout—that, according to the Minnesota Department of Natural Resources, is a new state record.

Getzler, who battled the fish for about 3 minutes, told the Minneapolis Star Tribune that he “was actually kind of upset when he came through the hole.”

Getzler was fishing with two friends, and the three immediately recognized that they had a big fish on their hands. After a few photos, they headed into Baudette, Minn., to have the catch weighed on a grocery-store scale. A DNR employee happened to be in the store at the same time and took an official weight and measurements. The fish came in at 33 inches long and had a girth just shy of 24 inches. The previous state record eelpout, caught in Lake of the Woods, in 2012, weighed 19 pounds 8 ounces. In an interesting twist, that same DNR employee also was in the store when the previous record-holder brought in his catch.

“I’m a member of the ambulance squad, and we were having a potluck, so I was going to get some stuff, and three guys were behind the meat counter that normally didn’t belong back there,” Dennis Topp, DNR assistant area fisheries supervisor in Baudette, told the Grand Forks Herald. “It was like déjà vu. I actually took the girth, and we took the length, so it’s as exact as can be. It was a really nice fish. It was gorgeous.”

The Grand Forks Herald notes that five of the seven Minnesota eelpout records since 1980 have been caught in Lake of the Woods.