This phrase is not mine; it’s the intellectual property of Dave Smith, retired Maine State Trooper, marksmanship instructor, and High... 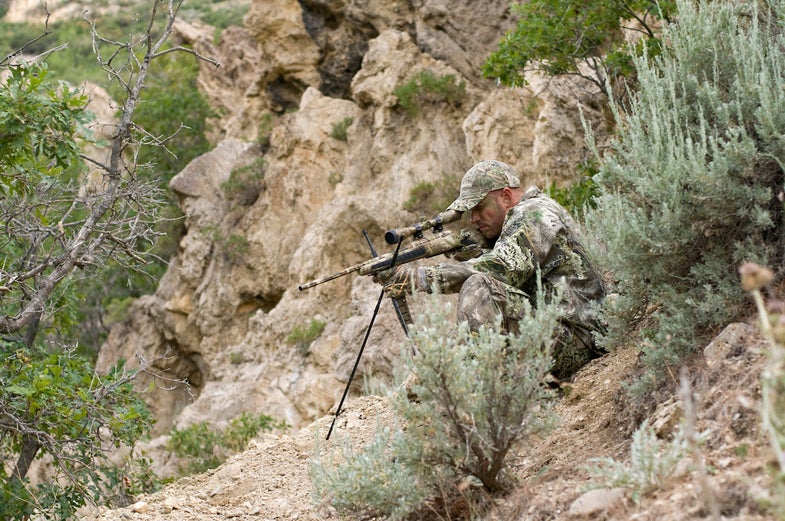 This phrase is not mine; it’s the intellectual property of Dave Smith, retired Maine State Trooper, marksmanship instructor, and High Master competitive shooter, and it refers to mirage, which is the bane of desert travelers and rifle shooters. Mirage is an optical illusion caused by atmospheric conditions, mostly heat, reflecting off surfaces like sand or water. It also reflects just fine off the lawns on ranges as well.

Dave uses the term because mirage, unlike wind, follows no pattern. It doesn’t rise, peak, and drop off in any discernable rhythm. It swoops, darts, swirls, boils, and vanishes in an instant.

Mirage is not all bad. On the one hand, if there are no other indicators such as grass, trees, livestock, etc., it will show you what the wind is doing. Unlike wind, mirage can’t move a bullet. But it can move the image of what you’re shooting at, so the effect is the same. If you aim at a target with a rising mirage in front of it, the image you see is above where the target actually is, so you shoot, and your bullet goes high.

For hunters, mirage is not all that great of a problem because what you’re shooting at is big, and if its image is moved a bit one way, who cares? Also, much hunting is done in cool or cold weather, when mirage can’t form.

The only instances I’ve seen where it became a problem were on prairie dogs and antelope hunts, in Africa, and oddly enough, on caribou hunts when on a sunny day you can see heat waves shimmering off the tundra.

If you’re a target shooter, however, mirage is a nightmare because you’re shooting in the heat, over a reflective surface, and your targets are small enough that even if you’re only a couple of inches off, it’s going to cost you points.

Dave Smith is adamant that you need a spotting scope to dope out the mirage at the target. Why not use your rifle scope? Mister Smith explains it thus: “The spotting scope will give the shooter a much larger field of view. Your rifle scope is like tunnel vision. You’ll see only what’s happening in a very small area on your target and you’re likely to miss an important change. When properly focused, you’ll be able to get a better read on what mirage is doing across four or five targets or more. You may even be able to spot a change coming. The more good information you have, the better your decision-making process, particularly on where you choose to hold over.”