Why You Should Read Mister Roberts

World War II was won by soldiers and sailors who got no medals, won no glory, and received no thanks. What they did produced a masterpiece. 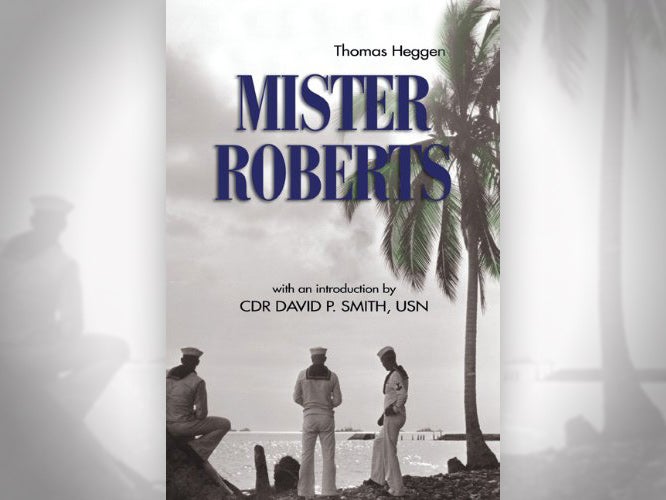 World War II was (to date, at least) the greatest catastrophe ever to befall mankind. It was also a mass movement of men and materiel the likes of which was never seen before and will never be seen again. The numbers are beyond staggering. According to Rick Atkinson in The Day of Battle:

“In February, 1944, the U.S. Army shipped 3 million tons of cargo overseas, parsed into 6 million separate supply items that included not only beans and bullets but mildew-resistant shoelaces and khaki-colored pipe cleaners.”

And this is just one month, in a war that lasted nearly four years—and just the Army, not the Army Air Corps or the Navy or the Marines. Getting everything from here to there was a perfect prodigy of planning and labor, and the U.S. armed forces reflected this; for every young man who fought, there were at least three other young men (or women) getting stuff to him.

This second category of serviceman very arguably won the war, but their ranks produced no Audie Murphys or John Basilones or Colin Kellys. The work they did was hard, endless, boring, very often dangerous, and always thankless. Bill Mauldin did no cartoons about them. Ernie Pyle wrote no newspaper articles. They came home with few ribbons and no medals.

The only writer to tell their story was a former Navy lieutenant who served in World War II aboard a series of supply ships. His name was Thomas Heggen, and the book he wrote, which was published in 1946, is called Mister Roberts. It’s about the officers and men of the USS Reluctant.

“The Reluctant…is a naval auxiliary. It operates in the back areas of the Pacific. In its holds it carries food and trucks and dungarees and toothpaste and toilet paper. For the most part it remains on its regular run, from Tedium to Apathy and back; about five days each way. It makes an occasional trip to Monotony, and once it made a run all the way to Ennui, a distance of nearly two thousand miles from Tedium. It performs its dreary and unthanked job, and performs it, if not inspiredly, then at least adequately.”

There’s no plot to speak of. Mister Roberts is, if anything, a character study. It’s very wise, occasionally funny, and, at its end, heart-stoppingly sad.

When it was published, Mister Roberts was a colossal success. It sold a million copies, which was nearly unheard of. A play was made of it, which was a smash and, in 1955, a good movie. But neither the stage adaptation nor the film live up to the book. They play it for laughs, and a comedy Mister Roberts is not.

Thomas Heggen could not cope with his success. He found himself unable to write, and unable to understand how he had produced his masterpiece. On May 19, 1949, at the age of 31, Heggen drowned in his bathtub after an overdose of sleeping pills. The police ruled his death a probable suicide.

The heroes are almost all gone now, the men who lived To Hell and Back and Currahee and Guadalcanal Diary. And so too are those who labored in their behalf and got no glory at all. Perhaps it’s fitting that the unsung heroes have, as their memorial, a book like Mister Roberts.