Mountain Lion or Dog: You Decide? 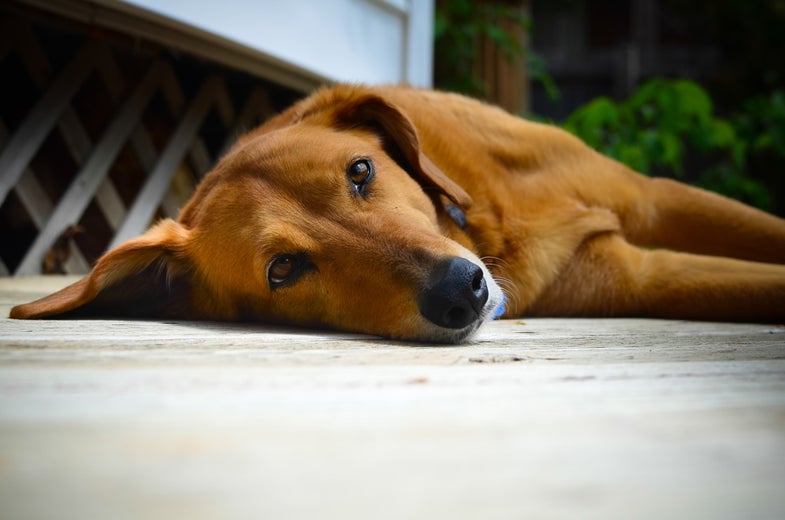 KUTV reporter Morgan Saxton was doing an early-morning on-scene report of overnight flooding near Spring Lake in Utah County, Utah, on October 3, when a four-legged critter that looked very like a mountain lion strolled through, close enough to brush her knee. It was one of those things where an animal appears so suddenly and behaves so casually that you almost don’t have time to respond. Saxton kept her cool as the animal nonchalantly approached, passed her, stopped briefly behind her to turn its head, and sauntered into the bushes. Here’s the video:

The piece set off a Twitter storm as the world weighed in. By a margin of 3 to 2, the verdict was that it was a young cougar.

The certainty among viewers—most of whom had the calm authority that only people in front of a computer screen with nothing else to do—was noteworthy. “Relax people,” began any number of entries, both for and against the cougar I.D.

The people who thought it was a dog pointed to the ears and shape of the head. The cat people mentioned the long, low tail, gait, and muscled front shoulders and legs.

A followup post by Saxton, featuring a Utah DNR biologist—whom Saxton identified only as “Scott”—noted that the biologist couldn’t be certain from the video. He went to the site, found only prints that were identified as belonging to a local dog, and Scott said it was definitely a dog.

Take a look and decide for yourself. Even if it’s a dog, it sure moves like a cat. I should know. I’ve got a computer.