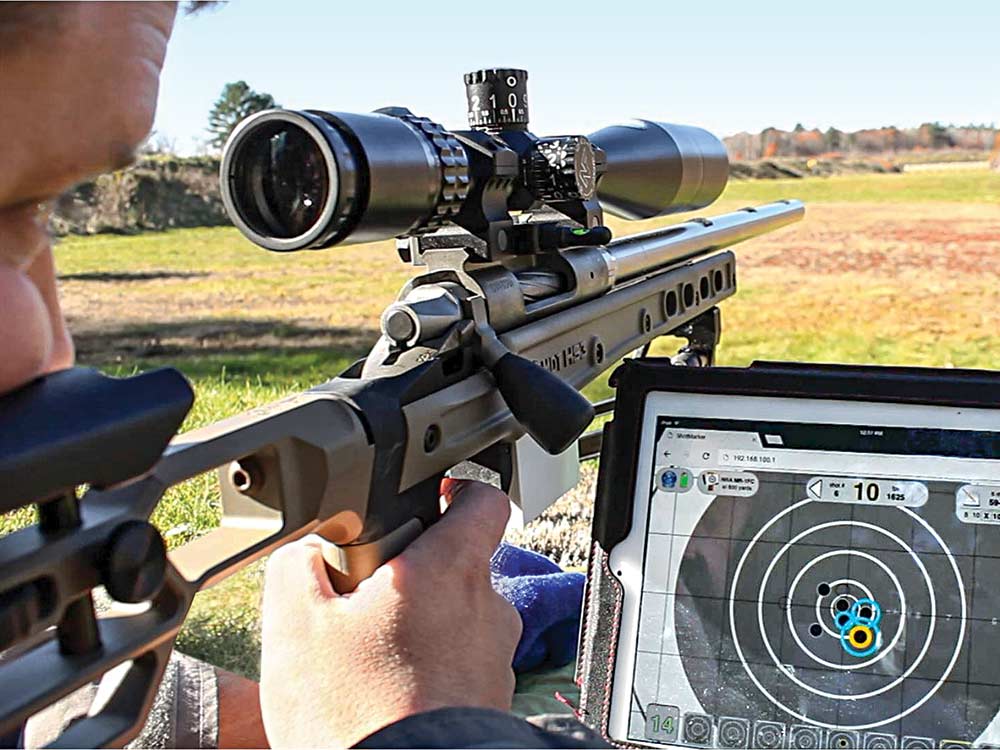 When I started reading about guns, in 1954, the world of shooting was unrecognizable from what it is today. Winchester and Remington bestrode the sport like colossi, with Savage snapping at the scraps. Ruger was an obscure gun company that made .22 handguns that looked a little like Lugers. Weatherby turned out radical rifles for the rich and famous. A flood of war-surplus guns had washed up on our shores and had not yet receded. Scopes were being grudgingly accepted, but you couldn’t sell a rifle unless it had iron sights. In the movies, the good guys used revolvers and the bad guys used automatics.

So, that is where I come from, and that is what things were like when my attitudes were formed. What follows is a list of the beliefs that I have since had to discard, not because they were wrong originally, but because technology has changed so drastically that they have become wrong.

In 1954, normal kids could tell you how many triples Willy Mays had hit the previous year, or how many times Ted Williams had spit at the fans this season. I could give you the muzzle velocity of every cartridge on the market, along with their bullet weights and Warren Page’s opinions of their place in the scheme of things.

Since then, I have had to accept that just about all of this is bulls–t.

How effective a cartridge is depends on what kind of shooter you are. My late colleague Finn Aagaard said, “Ninety percent of cartridge lethality is bullet placement.” Finn was a professional hunter and killed, or saw killed, more game than you can imagine.

In the end, the thing that matters is not which cartridge you’ve been sold on, but how well you shoot.

A big-game rifle should weigh 8 pounds with scope

Both Jack O’Connor and Warren Page agreed on this, and they agreed on very little else, so if I got a rifle that weighed 81⁄2 pounds, I fretted and obsessed and lost weight and watched my hair fall out. Eventually, off to the gunsmith I would go and have him cobble off that wretched half-pound.

Since then, I’ve hunted with rifles that weighed 6 pounds with scope and rifles that weighed 12 pounds with scope, and I survived. Obviously, you don’t go sheep hunting with a 12-pound rifle, but if you worry about whether your gun weighs 71⁄2 pounds, or 8, or 81⁄2, or 9, you need something real to keep you awake nights. If you’re in shape, you can carry it. If you’re not in shape, why are you out there in the first place?

Shoot-N-C targets are an abomination

That I used to make mock of Shoot-N-C targets is especially painful because I did it not all that long ago, when I should have known better. There are other brands, but these are made by Birchwood-Casey, and when a bullet punches a hole in them, the hole is outlined in a hideous artificial green the color of caterpillar guts. It’s so visible that with a good scope, you can spot a .22 hole at 600 yards.

My objection to Shoot-N-Cs was that they made precise measurement of group sizes nearly impossible. So what? That’s not what they’re for. They’re for spotting bullet holes at long range, and they’ve saved me an infinite number of trips to the target and great gobs of time. I now believe they are one of the great inventions of man, along with solid rocket fuel, antibiotics, the Claymore mine, and podcasts. I can’t imagine shooting without them.

Ted Dowell, great knife-maker and case-hardened chaser of elk, once said: “I matured as a hunter the day I realized that 3,000 fps was not necessary.” Once upon a time, if you wanted to shoot animals at long range, you put a big bullet on top of a colossal powder charge in the earnest expectation that the slug would shoot flat enough to take you out beyond the 300-yard barrier. The price you paid was lots of recoil, a thunderous muzzle blast, and the need to carry a big, heavy rifle to make the recoil manageable.

Right now, I have four rifles that I use out at 600 yards. Three are .308s and one is a 6.5 What-else? None of them reach 2,800 fps, but the bullets seem to get there anyway. There’s no recoil to speak of, or muzzle blast, so it’s easier to shoot accurately. Shooting accurately is better than missing, I’ve discovered.

When the first illuminated reticles appeared in the 1980s, they were, shall we say, lacking. When they bothered to work, they were either invisible or like looking into a supernova. I was not impressed.

The ones we have today are pretty near infallible, and the lives of the batteries that power them are astonishing. What illuminated reticles bring is not so much visibility in low light, although that’s very nice to have, but speed. I think that a red, orange, or green dot right in the center of things gets you on target faster than anything else.

I’ve used illuminated reticles on dangerous game and in all sorts of situations, and I would not now be without them.

Rifle stocks should be made of wood

I loved wood. I still love wood. Not just in gunstocks, but in guitars and fiddles and mandolins. I loved wood so much that, even though I bought my first synthetic-stocked rifle in 1978, I couldn’t bring myself to hunt with it until 1983.

Wood may be beautiful and traditional, but it does weird stuff, and it doesn’t make a stable platform, and that’s why I can’t remember the last time I used a wood-stocked rifle for anything.

The one exception is laminated wood, such as that used by Ruger in its Gunsite Scout ­rifles. It’s made from very thin slats and is completely soaked in epoxy, and when every­thing bonds, it’s as hard as rock, very strong, and very stable. It’s also heavy. If I were having an African rifle built, I’d think seriously about laminated wood because I’d want the weight and the strength. Otherwise, goodbye wood.

An iPad does not belong on the firing line

As a part of competing in Mid-Range shoots, I became a good target puller. I could haul a target down, mark the new bullet hole, paste over the previous one, enter the shot on a score card, and send the target up again in 15 seconds. Now target pulling is becoming as extinct as the dodo.

Three weeks ago, I brought an iPad to a rifle match because there are no longer people in the pits pulling the targets and scoring them. Now there are eight acoustic sensors on each target frame that tell you to within 0.5 millimeter where your bullet hit, how fast it was going, how many shots you’ve fired, what each shot scored, and what your current score is. You get this by looking at your iPad. This system is called ShotMarker.

Truly, we have come a long, long way.

For blackpowder shooters who ­behold their smokeless compatriots stretching the horizons of what can be shot at and hit, and grind their teeth with envy, here’s the answer to your revenge fantasies—the CVA Paramount. There are so many radical features to this new bolt-action muzzleloader that I can’t begin to list them all here. ­Suffice it to say, I’ve shot one, and it’s an authentic 300-​plus-​yard gun. I’d say 400. No, that’s not a misprint. Real-​world price is about $1,000.