New research has uncovered challenges facing the global reindeer population—which means Santa may be down a few helpers this season.... 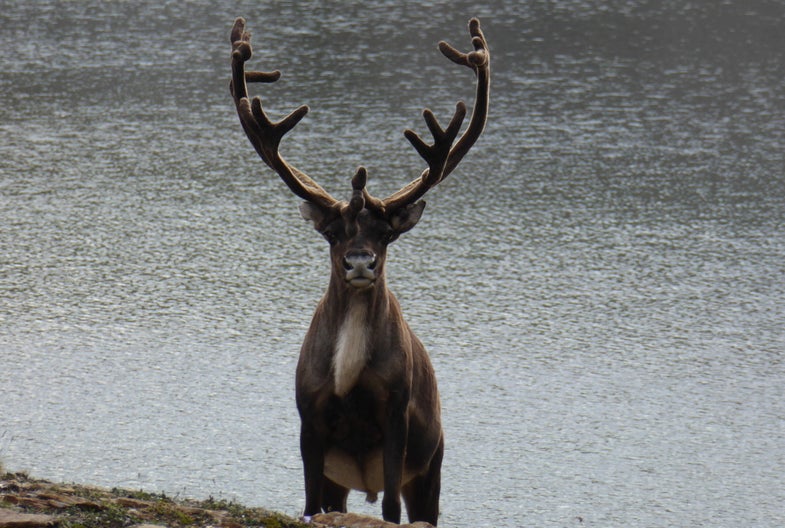 New research has uncovered challenges facing the global reindeer population—which means Santa may be down a few helpers this season.

Northern Russia’s Taimyr reindeer herd, the largest in the world, has faced a drastic population decline, NASA reports. The Taimyr herd suffered a 40 percent drop over the past 15 years, says Andrey Petrov, a professor at the University of Northern Iowa, Cedar Falls, who helmed the new study. Though the Taimyr herd’s loss has been especially severe, reindeer populations have been on a decline worldwide as well, said Petrov in a press conference earlier this week.

Petrov studied the herd’s historic migration patterns, beginning in 1969, and discovered that human expansion and warmer temperatures have forced the herd to travel farther north and east to reach suitable climates. “Taimyr reindeer now have to travel longer distances between their winter and summer grounds, and this is causing a higher calf mortality,” he said. Prematurely thawed rivers along migration routes and increased exposure to mosquito-borne illnesses have further contributed to the population loss.

Petrov’s findings come shortly after researchers discovered “shrinking” reindeer on Svalbard, a chain of Norwegian islands near the North Pole, as Reuters reports.

According to ecologist Steve Albon, the average weight of adult reindeer on Svalbard has fallen from 121 pounds in the 1990s to 106 pounds today. Warmer winters mean that precipitation is more likely to come in the form of rain, which freezes over the shrubs the animals feed on, making grazing difficult.

The reindeer population of these islands has actually increased, but the herd is feebler than it once was. Weaker animals, including elderly reindeer and calves alike, now often perish as the growing herd competes for food in winter. Albon cited the children’s book Father Christmas by Raymond Briggs, which depicts a sleigh pulled by two reindeer. If the animals are smaller and weaker, he told Reuters, “will two be sufficient?”