$1.3 trillion package passed by the Congress is a potential boon for fish, wildlife, and sportsmen 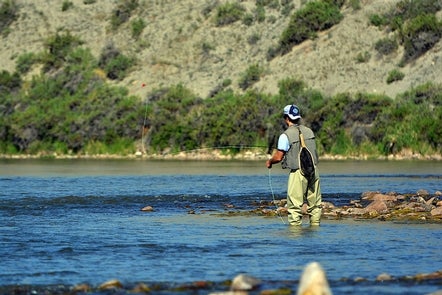 Early this morning, the Senate joined the House in passing a $1.3 trillion spending package that’s potentially a big win for sportsman. The bill includes landmark funding for conservation, a comprehensive fix to the spiraling costs of fighting wildfires, and reauthorization of the Federal Land Transaction Facilitation Act (FLTFA). The FLTFA has been dubbed a “modified land exchange program” and allows the Bureau of Land Management to execute strategic land sales, and then reinvest the proceeds in high-priority conservation acquisitions within or adjacent to federal lands in 11 Western states and Alaska. Established in 2001, it expired in 2011, but not before expanding access in such critical places as the North Platte River Special Recreation Management Area in Wyoming and at Elk Springs in New Mexico. The new spending bill is now headed for President Trump’s desk for signature before funding lapses at midnight on tonight. However, as of this morning, the President has threatened to veto the legislation. If signed into law, the package will end the long-maligned practice of the U.S. Forest Service paying for wildfire suppression and recovery from other budgetary line items—like fire prevention and wildlife habitat restoration—when firefighting funding runs out, which tends to happen with the mega fires we’ve seen out West in recent years. It also freezes the 10-year average cost of fire suppression upon which appropriated funds are based and permits funding costs above that 10-year average using natural-disaster funding. This essentially protects non-fire-related wildlife and public-land dollars from being appropriated during an emergency.

The bill’s language echoes what the Theodore Roosevelt Conservation Partnership (TRCP) and other conservation groups had suggested. Those groups took the House version as a big win on Thursday.

“We are thrilled and relieved to see bipartisan support for many provisions in this spending bill that will benefit fish and wildlife habitat, clean water, sportsmen’s access, and the outdoor recreation economy,” Whit Fosburgh, president and CEO of the TRCP said in a statement, “but hunters and anglers especially have reason to cheer for the wildfire funding fix, which will ensure that the Forest Service can get back to the business of maintaining healthy habitat and excellent facilities.”

What’s also telling is what’s not in the spending packaging. The bill stands as a Congressional rejection of President Trump’s proposed budget, which suggested deep cuts in funding for wildlife protection, public-land management, and environmental protection. The new spending plan includes:

All told, the additional funds represent a potential windfall for conservation. But for now, it’s up to the President.