In a recent paper, an interdisciplinary team of ecologists documented the function of gravel-bed rivers in the West. The team,... 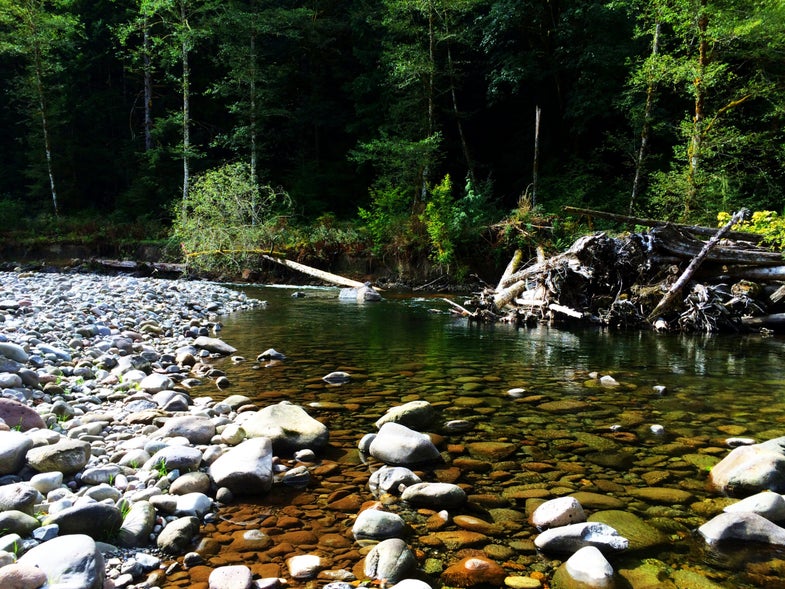 Researchers have found that the majority of water flowing through the river systems of the West, like Oregon's Salmon River, pictured above, flow deep underground and far beyond the banks of the rivers themselves. BLM Oregon and Washington/Flickr
SHARE

In a recent paper, an interdisciplinary team of ecologists documented the function of gravel-bed rivers in the West. The team, conducting the largest river-system study of its kind, determined the impact of river systems extend far beyond their banks, as the New York Times reports. They found that river systems play the most important ecological roles in North America and, perhaps more notably, that the bulk of their water flows through gravel underneath the river, rather than in the river itself.

“A river doesn’t just flow down the channel,” F. Richard Hauer, the paper’s lead author and a professor of stream ecology at the University of Montana, told the Times. “It flows over and through the entire floodplain system, from valley wall to valley wall, and supports an extraordinary diversity of life.”

The study found that water flowing underground, spreading well beneath and far beyond the actual riverbank, plays an important role in the health of ecosystems. This water, which flows through cobbles, gravel, and sand deep underground, plays an essential role in the health of an entire valley. The sand and gravel filter out organic material that fertilizes the entire valley and feeds the entire food chain, from plant life to large carnivores.

Hauer argued that the various parts of such river systems work together and that altering the landscape with dams can damage the long-term health of the ecosystem. “A river is a huge, huge biodiversity engine with multiple parts,” Hauer said. “If you keep taking parts out, pretty soon the engine stops.”

Hauer noted that although the damage caused by dams is initially hidden, it reverberates across the river system. The passages to underground water flows are choked when people work to control the flow of these rivers. Subsequently, the animals living in these valleys begin to decline along with the river system.

“There’s no renewal—the river doesn’t move gravel around and doesn’t create new mosaics of habitat,” Hauer said. “Nutrients are not dispersed. Everything gets locked in place and starts getting old and declines.”

There has been a push in recent decades to remove dams from certain Western rivers, an effort championed by the likes of Trout Unlimited. The positive ecological effects of removing dams blocking fish passage has been widely documented. The removal of dams from the Upper Elwha River, for one, has spurred the repopulation of salmon, which had been absent from the system for 102 years.