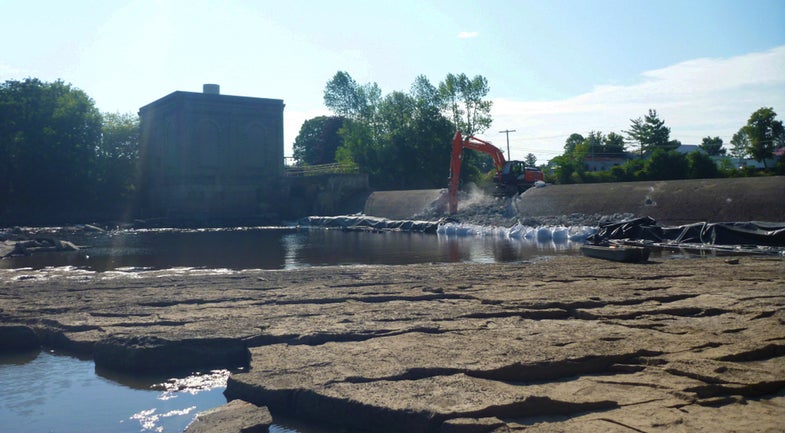 The St. Regis River, blocked for a century, is now running free in New York after the demolition of a decommissioned dam.

According to the Associated Press, the Hogansburg Dam is the first federal dam in the nation removed by a Native American tribe. The Mohawks were behind the efforts.

“We look at this not only as reclaiming the resources and our land, but also taking back this scar on our landscape that’s a constant reminder of those days of exploitation,” Tony David, St. Regis Mohawk Reservation water resources manager, told the AP.

In addition to industrial pollution in the watershed, the 11-foot-high, 330-foot-long dam stopped salmon and sturgeon from reaching their spawning grounds. The removal of the dam opened up nearly 275 miles of river.

The Hogansburg Dam, decommissioned in September, is also New York’s first operational hydroelectric dam removal project. The project is part of an industrial site restoration effort paid for by GM, Alcoa, and Reynolds through a $19 million settlement. Eventually, the old dam site will be a new nature park.

“We’re transforming it from a dangerous no-go zone to someplace that’s inviting and beautiful,” said Eric Sunday, Mohawk cultural restoration program apprentice. “It creates opportunities to get people together, showcase skills, get more knowledge about our traditional ways and just appreciate nature.”