Kip Adams is a passionate deer hunter from Pennsylvania and the director of education and outreach for the Quality Deer... 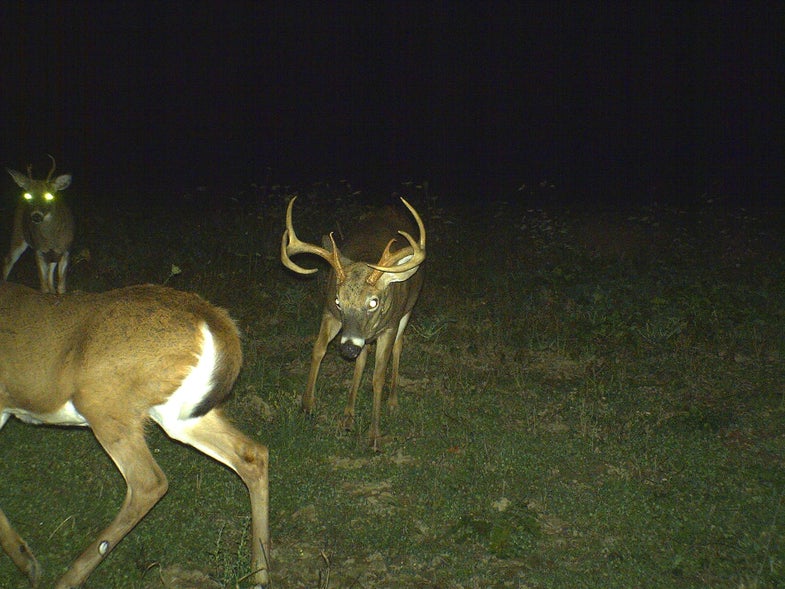 Kip Adams is a passionate deer hunter from Pennsylvania and the director of education and outreach for the Quality Deer Management Association. He filed this report on the Keystone State action he’s been seeing: “Northern PA is having a great red oak acorn crop. White oak acorns are less prevalent, but red oak acorns are littering the forest floor. As soon as acorns started falling deer started hitting them, and their visits to food plots became less frequent. That said, they are still hitting my soybean, clover, and brassica food plots. Farmers in my area began combining corn two weeks ago, so the landscape is starting to open up.

“We had three frosts during the last week of September, but then it warmed back up and we had a week of 70-degree highs in mid-October. There’s still a lot of green vegetation left. About half of our leaves are on the ground, but clover and alfalfa fields are still lush and green.

Scrapes are showing up all over the place, and rubs are to a lesser extent. There’s been a big jump in scrape activity during the past week. I haven’t seen any chasing or lone fawns, but I’m picking up a lot of buck movement on cameras, and I am seeing increased sparring, so we’re getting closer. Basically, things are primed for some great hunting. A cold front now will result in incredible action!”