Now’s the Time to Rattle in a Western Buck

Right now is one of Garry Greenwalt’s favorite phases of the rut. Greenwalt, owner of Wild Country Guide Service in... 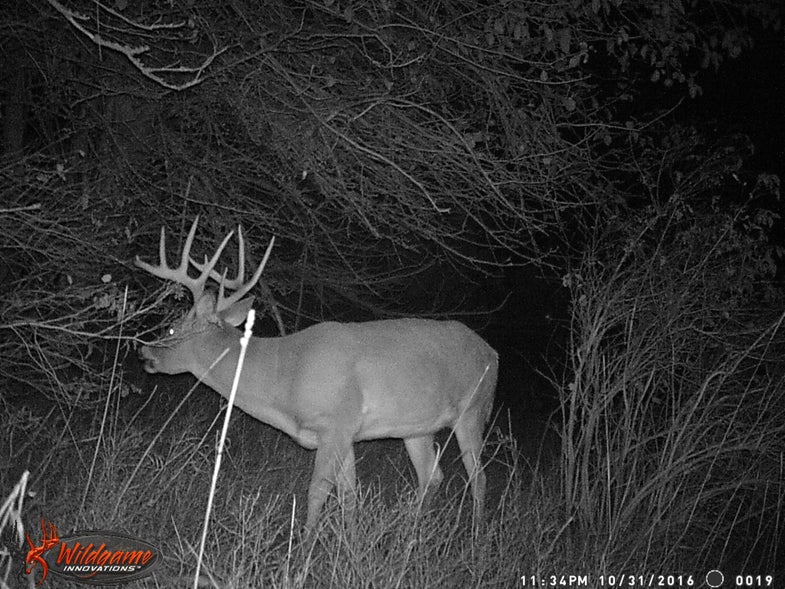 A big western buck on the move. Garry Greenwalt
SHARE

Right now is one of Garry Greenwalt’s favorite phases of the rut. Greenwalt, owner of Wild Country Guide Service in eastern Washington, says that “bucks are winding it up and getting started. Scrapes are getting hit hard, and I find new rubs almost every day. Things have been slow up to this point; we’ve had five times the normal rainfall for the month. But the weather has stabilized, and the bucks are responding.”

Greenwalt loves these early rut conditions because they’re optimal for rattling. “I’ve got a client coming in, and we’re going to take advantage of it with some run-and-gun rattling. It’s a great technique for someone who likes to stay mobile. I just work a circuit of small spots; they all feature some kind of thick bedding cover, but have adjacent openings where I can set up my hunter for a shot.”

Greenwalt sets his client up to shoot to the opening and gets slightly behind to rattle and call. “I start with some grunting in case there’s one bedded close. Then I’ll start with a soft rattling sequence, pause for a bit, then crank it up some. I only spend 45 to 60 minutes in a spot; usually if a buck is within hearing range he’ll come to the horns right away. Most two and three year olds will about run you over, but the older bucks tend to just poke out of cover a bit and investigate before committing. That’s why I like to be close enough to my hunter to help him look for that monster.”

Greenwalt says the window for this deadly technique last only for a little over a week, so now’s the time to try it. “Once that first doe comes in, I have better luck with grunts and bleats than the horns. But spending a few days rattling a bunch of spots is sure a lot of fun.” The photo above is a trail-cam pick of just one of the bucks Greenwalt intends to target this week.