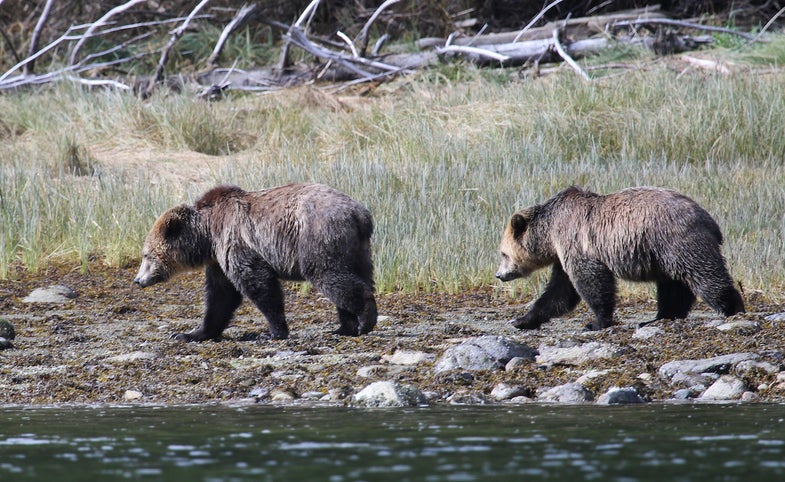 Federal officials recently released a draft plan to restore endangered grizzly bears to 9,800 square miles around North Cascades National Park in Washington. According to the Oregonian, the draft includes four options that vary from taking no action to transplanting bears captured in other regions.

The plan also offers a variety of repopulation goals, ranging from 200 bears in the next 60 to 100 years, and a faster approach that would aim for the same goal in 25 years. No preferred approach was announced, but the National Park Service and the U.S. Fish and Wildlife Service will seek feedback through March 14. You can view the draft plan here.

To mitigate encounters with the large omnivores, officials said the grizzlies will be located in isolated areas and will be outfitted with radio-collars to help track their movements.

U.S. Fish and Wildlife spokesperson Ann Froschauer told the Seattle Weekly that restoring the grizzly to Washington would benefit the entire ecological community.  “Historically, grizzly bears were part of the North Cascades’ ecosystem, and to restore them would benefit the ecosystem as a whole,” said Froschauer. “An ecosystem that is capable of supporting a large population of grizzlies is also capable to support large populations of plants and other animals.”

The proposal has drawn praise from groups like Conservation Northwest, an organization dedicated to preserving wilderness areas in the region. Chase Gunnell, the deputy communications director for Conservation Northwest, praised the draft as well as the response it has generated. “It’s inspiring all the support that the restoration of these bears has received,” said Gunnell. “It’s great to see that people recognize the value of the grizzly bear to keep a healthy ecosystem in the North Cascades and I also think it’s our responsibility to restore them. They didn’t go extinct, we killed them off so we need to do what we can do to bring them back.”

Others oppose the plan based on the potential for dangerous encounters with grizzly bears as well as the possible impacts on farms and ranches. Some lawmakers claim the bill violates a state law prohibiting the introduction or transplanting of bears into the state.

The proposal comes as officials work to determine whether to lift protections for 700 grizzly bears in the Yellowstone area.