On Hitting the Deer Lottery

The odds are against you in the cold Maine woods, where bucks are scarce 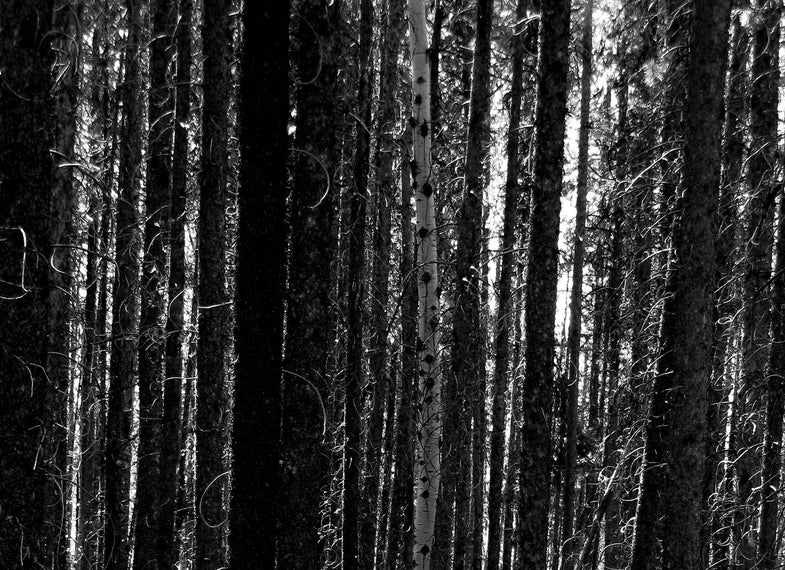 A great deal of big-game hunting involves suffering, working your ass off, and coming home with nothing to show for it. People who stay with the sport accept this.

However, there also seems to be a law that if you show up often enough, you’ll hit the lottery. Such was my case this year in the desolation that is known as the Western Maine Mountains. It’s an enormous expanse of land with very few people, not many deer, and weather that seems to be imported directly from Siberia. It’s all pine and birch forests that are impossible to move in quietly, and the only effective way to hunt is to set up a blind overlooking a deer trail and wait…and wait…and wait.

The blind in which I lurked this year was one I’d used for the last six. I faced an open field with exactly 100 yards from the blind to an opposing treeline. On the left is a bog. Deer lurk in it, and cross the field en route to a ridgeline on the right. Bucks peek out of the bog, and if things look all right, they cross the open field and head on up to the ridge.

So, on the first morning of deer camp, I climbed up into the blind with the air temperature at 12 degrees, looking at a long, long day. On the side of the blind that faces the field there’s a plexiglass window, which was covered with frost. I lowered the window and there in the field stood a buck.

On occasions like this, you have two thoughts. Not have heart attack yet. And Legal deer? This is because in this part of Maine, deer are measured by weight, not by horn size, and since the deer you see is certain to be the only one you see that season, you shoot if it’s legal. Also, it was only a couple of minutes after first shooting light, and I couldn’t tell how big he really was, so when I saw the curve of an antler. I thought, Legal. Shoot deer. Rifle not loaded. Load rifle before shoot deer.

Luckily, this was a magazine-fed Ruger Gunsite Scout, and it took a second to slap in a three-round magazine, rap it on the bottom, and work the bolt. Then I shot the deer, which was 70 yards away. The first shot wrecked him. He tried to run but fell to the ground and struggled to get up. I shot a second time, because I don’t enjoy death struggles,* and because sometimes they do get up and you never see them again.

That was that. Total elapsed hunting time, about a minute. We took him to the checking station and the scale, which was balking at the bitter cold, said 240 pounds. The checking-station conversion table said that on the hoof, he weighed 303 pounds, which is a very good sized animal, even up here, where the deer have interbred with draft horses. The rack was 8 points.

These moments come with long, long intervals in between, and I’ve learned to relish them. They keep you warm when it’s 12 degrees and you’ve been sitting in a blind for 10 hours wondering why you still do this to yourself.

*When I arrive in Hell, one of the things I hope to see is an especially unpleasant corner reserved for those people who let animals they have wounded die a lingering death in order to preserve their bragging rights to a one-shot kill.