Sportsmen concerned about the serious efforts underway to privatize our public lands owe Phil Lyman of Utah and Congressman Mark... 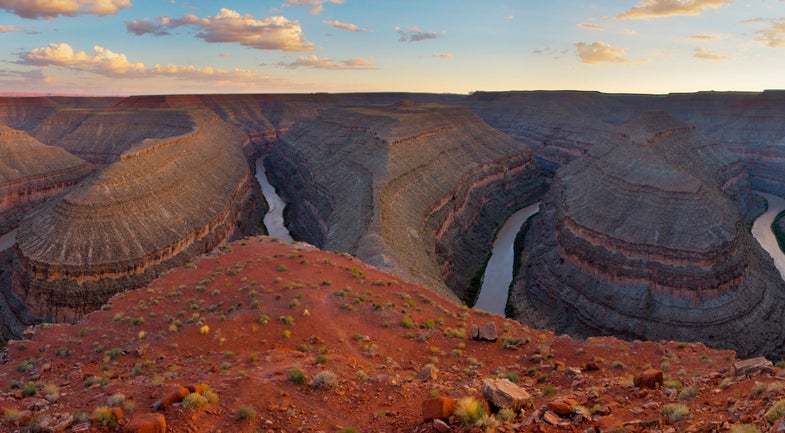 Sportsmen concerned about the serious efforts underway to privatize our public lands owe Phil Lyman of Utah and Congressman Mark Amodei (R-NV) heartfelt thanks for offering perfect battle cries against this heist:

“You just don’t take something from somebody.”

And “Transferring millions of acres of public lands…is not something I think the majority of people think is a good idea.”

Lyman offered that first comment to a New York Times reporter covering the controversy over President Trump’s support for the drive to remove National Monument status from the Bear Ears country in Utah.

Lyman agrees with Trump in opposing President Obama’s decision to protect federal land in this wide swatch of high-country desert from certain types of development by naming it a national monument.

So why should we be praising Lyman?

Because his statement reveals the fundamental untruth about this issue perpetuated by Trump, Lyman, and others like the notorious Bundy family of Nevada. Their battle cry is that the federal government is taking their state’s land.

But it has never been “their” land. Not yesterday. Not when their ancestors pioneered their states. Not even when their states were admitted to the Union.

In almost every case, those lands being named National Monuments were federal lands. They belong to all of the nation’s citizens in equal shares. And over the decades, we have contributed billions of tax dollars to help manage and protect them. Lyman and others who lived nearby on joint properties have used them more often than us other landlords. And they usually have profited from them far more than the rest of us.

Yet now they want to take it from the rest of us.

They often claim that because they live next door, they should have more say in how these properties are managed or that they should even own them.

Imagine using that logic in a court of law to gain possession of a neighbor’s property: “This guy lives 2,000 miles away and is seldom here. So, give it to me.”

That is essentially the same argument being used here by some westerners.

And, as previously reported in this space, a recent poll shows it is an opinion held by a distinct minority of westerners. The large majority not only want our jointly owned lands to remain in federal management— they want even tighter restrictions on development of these properties.

All of which brings us to Rep. Amodei. It appears the congressman had an epiphany recently when considering to revive a bill he sponsored in the last Congress to transfer national lands to state and private ownerships.

“Transferring millions of acres of public lands…is not something I think the majority of people think is a good idea,” Amodei told the Reno Gazette-Journal.

Unfortunately, there are still many industries and their congressional supporters who will not give up. Some behind this land grab have tried legal arguments to support their cause. But they have been defeated in court time and again. This report by High Country News gives a very good explanation of why they have failed.

Now they are trying a simple political power play. The GOP platform calls for the transfer of our lands to state ownership.

And the GOP controls Congress and the Oval Office.

Polls show most sportsmen consider themselves conservatives and/or Republicans—but also favor strong environmental protections. So it’s up to you to contact your congressional delegation and give some of that Phil Lyman and Mark Amodei wisdom:

“You just don’t take something from somebody.”

And “Transferring millions of acres of public lands … is not something I think the majority of people think is a good idea.”