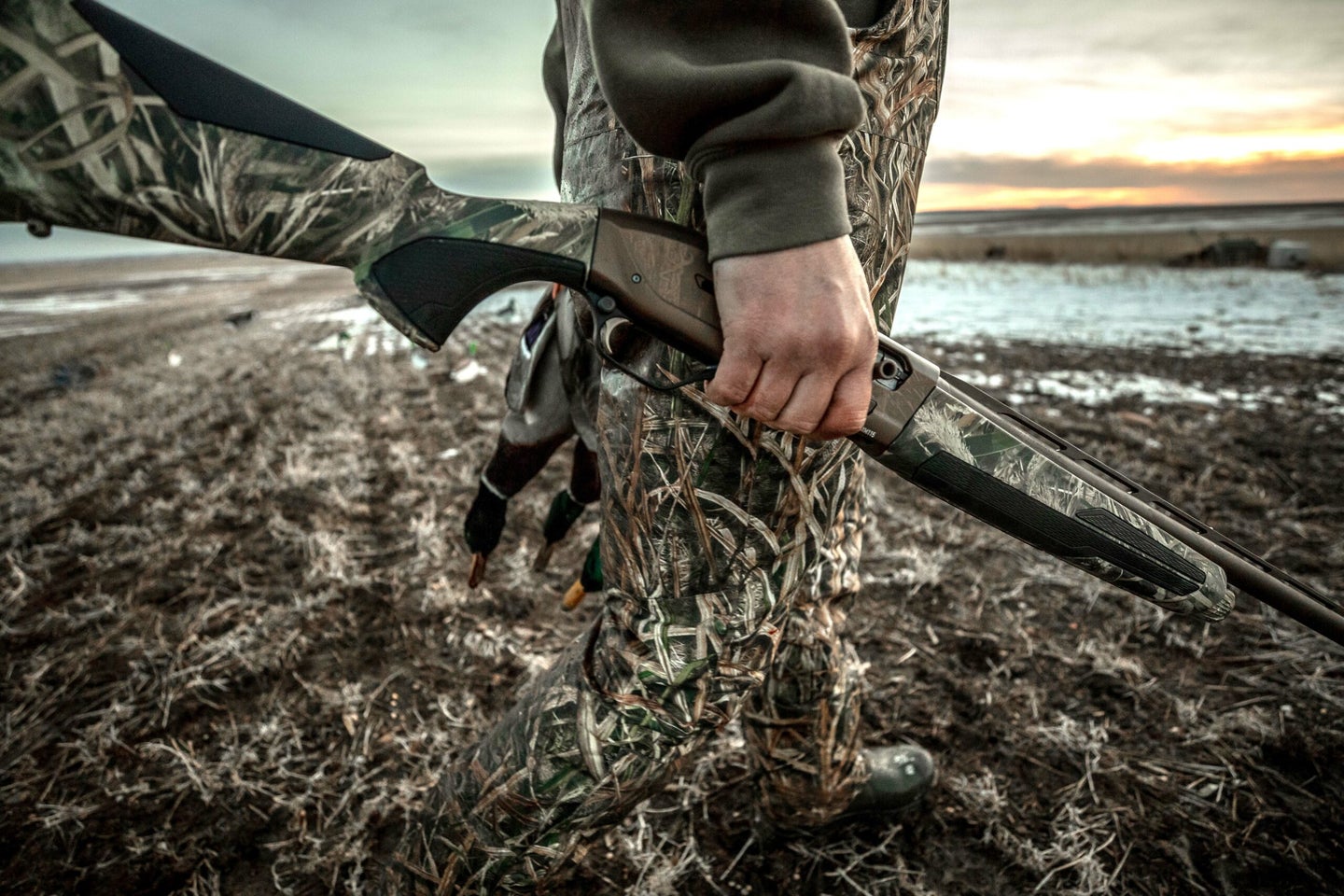 The Browning Maxus II replaced the original Maxus as the company’s flagship semi-automatic shotgun this year. Given my lukewarm feelings about the original Maxus, the new version was going to have to dance its way into my heart, and it did.

While the original Browning Maxus pointed well, it was, in my opinion, just another gas gun, and it had an annoying drawback: a latch/swivel stud on the forend that replaced the standard magazine cap found on other pumps and semi-autos shotgun. Probably the result of some engineer wanting to do something different for the sake of being different, it looked good, but it didn’t allow for mag extensions nor fore-end weights for snow goose hunters, 3-gunners, and sporting clays shooters.

The Maxus II comes with a standard-issue magazine cap, which gives it an edge over the original right out of the box. But there’s more.

The Browning Maxus II Is a Pleasure to Shoot

The redesigned stock—which has the same profile now seen on the BPS and Gold 10—has a parallel section at the butt, making it easier to cut the gun to a shorter length and reinstall the original pad. That’s a bigger deal than it sounds like, but you’d only know that if you have ever shortened a synthetic stock. The Browning Maxus II also comes with shims to for drop and cast, and three spacers to add length. It’s a gun made to fit a wider range of people, and it can grow with a younger shooter, too.

Read Next: How Browning Changed the Way We Think About Shotguns

The new version has a soft comb insert and, at nearly 7½ pounds, it weighs about a quarter pound more than a Maxus. It doesn’t seem like those two changes should add up to a major decrease in felt recoil, but they do. The old Maxus was soft-ish shooting. The Maxus II is extremely soft, and it’s an easy gun to shoot well. I noticed that as I ran a case of shells through it on a sporting clays course. And a bunch of young scholastic target shooters I know of all sizes who also tried the gun noticed it, too.

The trigger pull measured around 6½ pounds. In the field that is unnoticeable to me, but it may put off the more sensitive. On the other hand, it does have a very fast lock time, something you trigger snobs may appreciate. The Maxus II’s Lightning Trigger has an advertised a lock time of 5.2 milliseconds, which, according to Browning, is 24 percent faster than that of any other semiauto’s trigger.

The Maxus II follows the recent trend in waterfowl guns of enlarged bolt handles and bolt release buttons and milled-out loading ports. The bolt handle is bigger and easier to grab than a standard handle but small enough to fit next to another gun in a safe or cabinet without gouging it. Likewise, the flat, rectangular bolt release is easy to use, but it doesn’t stick out so far that you’re always closing the gun when you don’t mean to.

The stock also has rubber inserts for a surer grip when the gun gets wet. Those, too, are a major improvement over the old Dura Touch found on some Maxus guns. Not only did Dura Touch degrade over time, it left me feeling like I should wash my hands after touching a Dura Touch gun even when it was new.

The Browning Maxus II Is a Reliable Shooter

The gun retains the magazine cutoff and two-piece speed load carrier of previous Browning semiautos, as well as the easiest safety button of all to switch for left-handers. The gas system of the old Maxus wasn’t broken, and Browning wisely didn’t fix it. New out of the box the gun cycled everything I ran through it without a single malfunction. It’s a gun that will adjust to suit a lot of people and from what I have seen of it so far, it’s a winner. Currently there is no wood-stocked Maxus II, only black and camo and a camo-and-Cerakote Wicked Wing version.