A reminder that we all need to get outside more 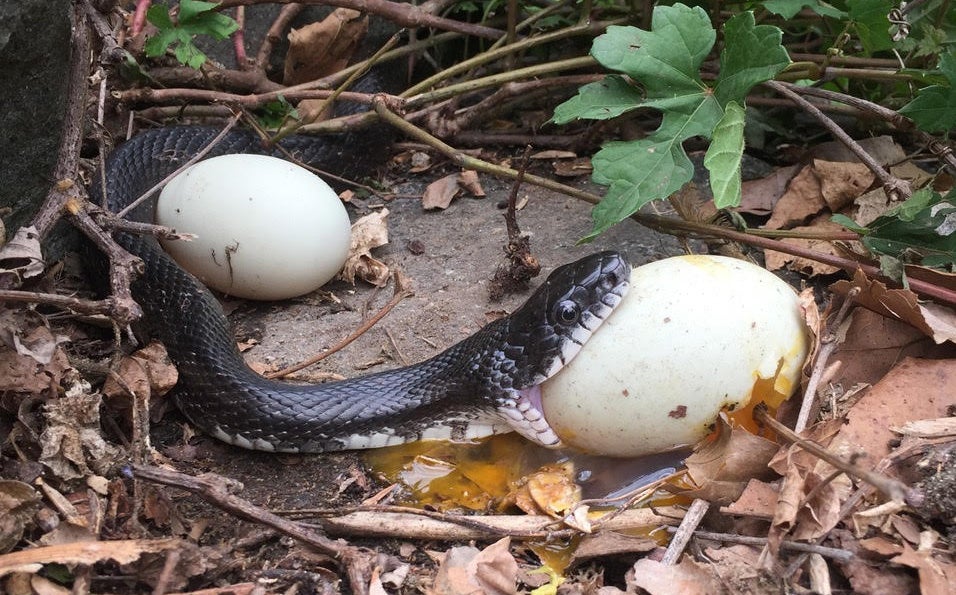 Some spring mornings I wake to pictures from my friend Rob Curtin, who has been up since dawn or earlier. He works the Potomac like a cormorant and forages the woods like a two-legged raccoon. I’ve yet to come across anyone more plugged in to the world around him.

This morning, there were pics of a large snakehead he’d just caught, a snapping turtle that he couldn’t resist hoisting—all scaly skin, bear-clawed feet, and gaping beak ready for the slightest mistake on his part. And one of a black snake just starting the task of swallowing a duck egg. He didn’t even send explanations. It’s just another day along the river. In a reply to a question about the duck eggs, he noted that it’s been a tough spring: no gobblers and no morels, even though both should have shown by now. Last summer, he deluged me with images of mushrooms: morels, hen of the woods, chicken of the woods, and lion’s mane, a ball-shaped mushroom with white tendrils that look like an albino beard and taste (wonderfully) like lobster.

So far this year, he has sent images of smallmouth bass, muskies, blue and flathead cats, walleyes, a bunch of snakeheads (mostly speared, some snagged), gizzard shad, and white perch, nearly all of which were caught inside the D.C. beltway. Also one of the year’s first mulberries, which he believes are a Pakistan mulberry hybrid. Rob characterized them as “long, skinny, very sweet and tart.” (Mulberries are full of vitamins C, E, and K1, as well as potassium, iron, and antioxidants. They’ve been used in traditional Chinese cancer remedies for centuries.) I know that we have red, white, and paper mulberries in this area. I was unaware that there were any Pakistani varieties. But if I had to bet on it, I’d have more confidence in his knowledge than mine.

It’s comforting to know that people like Rob still walk among us. Waking to his texts occasionally makes me uncomfortably aware of the life I’m not leading. But they also inspire me sometimes to just throw a rod, a handful of lures, and a pair of boots in the car and go. Which, of course, is all that really matters.