An Idaho man says he tried to hide behind a tree, but the charging moose wouldn't let up 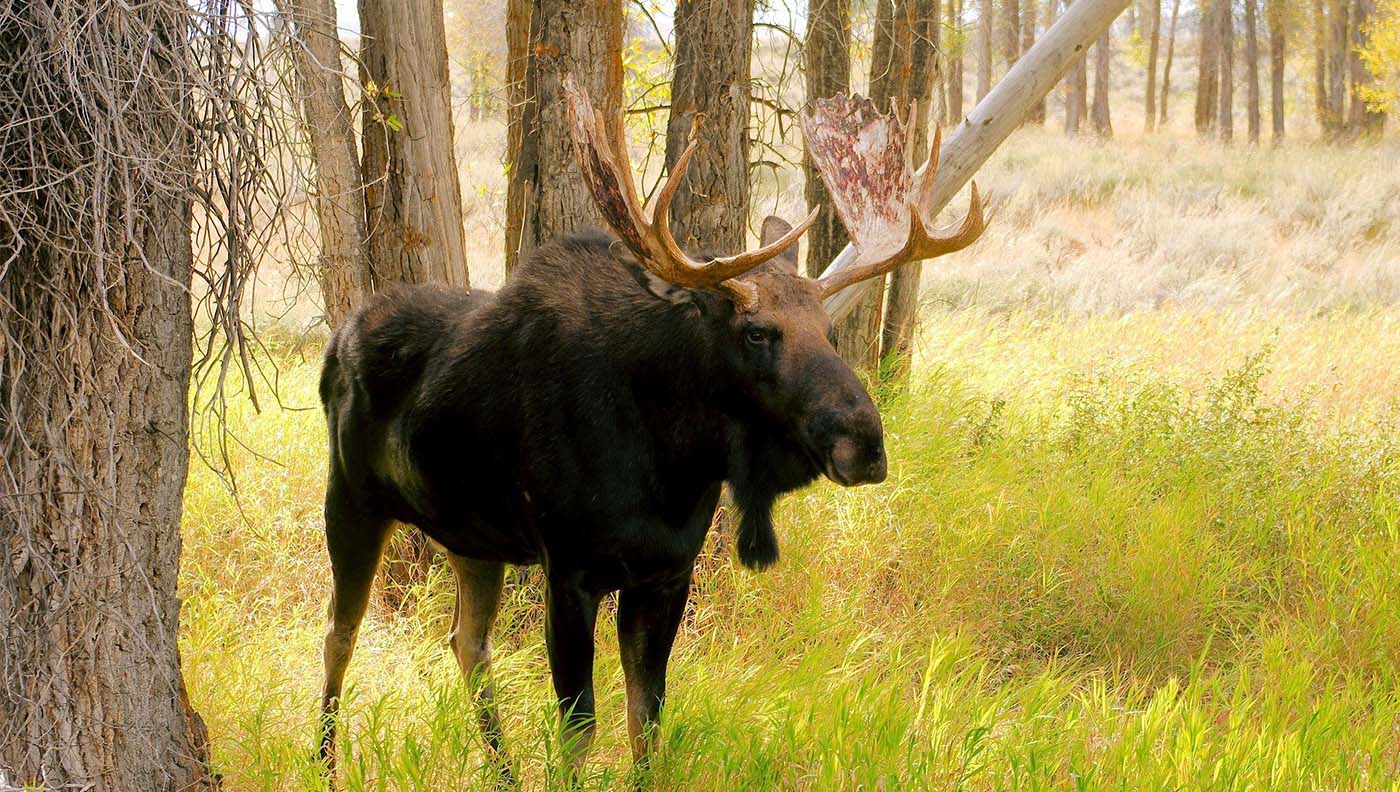 A backcountry camper in Idaho killed an aggressive bull moose in self-defense in Northern Idaho last week. The bull had charged the man and his dog at a Harrison Lake, a popular hiking and backpacking destination near Sandpoint, Idaho.

The camper, whose identity has not been released, tried to hide behind a tree when the moose charged. But the bull didn’t let up, and he shot it with a .45 caliber handgun at point blank range, stopping the bull in its tracks. Idaho Fish and Game (IDFG) officials responded to the event and located the downed moose before temporarily closing the Harrison Lake trailhead to prevent conflict between hikers and scavenging bears and wolves.

An article on the incident published in The Spokesman-Review notes that there have been male moose sightings at the lake for several years. Last fall, the U.S. Forest Service posted an advisory warning of an “aggressive moose” at the campground. Ben Read, a local hiker who is familiar with a moose in the Harrison Lake area that fits the description of the downed bull, told the Review: “I can’t say there’s never been an issue, because I know people generally run into him around the camp and obviously the two don’t mix,” he said. “However, I’ve never heard of a charging or trampling issue that someone was never able to avoid or get away from.”

The popularity of the Harrison Lake trailhead has blown up in the last couple of years. Read told the Review that “the trailhead is usually 90% out-of-state plates these days.”

The implication was that there are more and more uneducated—and perhaps unprepared—hikers in the vicinity. Regardless, wherever more people are recreating in an outdoors area, more wildlife encounters are bound to occur. Moose can reach weights of up to 1,500 pounds and are known to be occasionally aggressive. This is especially true if they’re harassed by people or dogs—which is illegal. It’s not clear whether the man’s dog at the Harrison Lake camp was leashed at the time of the moose attack.

“Always give moose a wide berth when you encounter them,” writes the IDFG in a press release. “Moose, like any wildlife, can become agitated if they feel you are a threat.”

IDFG officials note that moose are more likely to charge if you or your dog get between a cow and her calf, in late in the winter when food is scarce, and during the rut, when bulls are particularly aggressive. The agency also recommend carrying bear spray, which is not just effective for self-defense against bears but also other wildlife.

“If you encounter a moose, watch its behavior and look for signs of agitation or stress,” adds the IDGF. “If a moose lays its ears back or the hair on its neck raises, that means it is stressed and could charge.”

Your first course of action should be to get behind something, like a tree or car, to impede the moose’s path to you. If all else fails, then you may need to do what’s necessary to stay alive—like this backcountry camper did.