It may be hard to believe, but the proof is in the video. See it for yourself 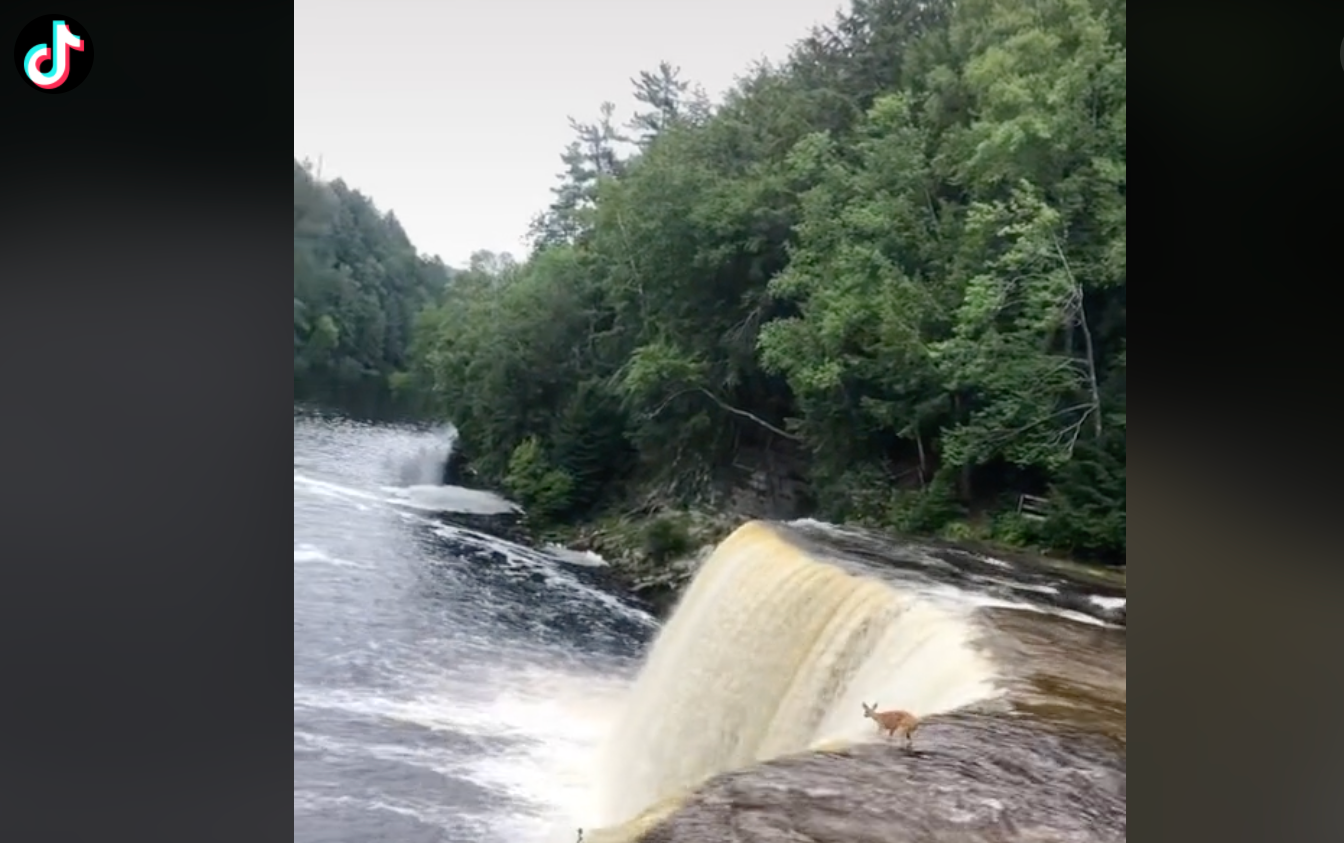 At this point, there was no turning back. cas_has via TikTok
SHARE

As visitors to northern Michigan’s Tahquamenon Falls watched, and took video, a whitetail doe came sprinting directly toward the 200-feet wide waterfall, which has a sheer drop of 50 feet. The deer looks as though it had been spooked by something as it runs down the middle of the Tahquamenon River and then realizes the presence of the waterfall one second too late. The deer tries to put on the brakes, but instead launches directly off of the waterfall. Tourists looked on in shock, including TikTok user cas_has, who posted the incident on the popular video-sharing website.

“Nature’s a beast,” says one man as the doe disappears into the frothy waterfall bottom. But what happens next is nothing short of miraculous. The deer survives. It’s the kind of thing you have to see to believe.

Not only does the whitetail survive the harrowing drop, but it swims away as though nothing happened. Many TikTok users reacted:

“He does that every day for the tourists and then goes and laughs with his friends,” writes Above&Brión. “#Deerpranks.”

“My advice to that deer: Don’t go chasing waterfalls,” adds user932235. “Stick to the rivers and lakes that you’re used to.”

The shocking event is a testament to the impressive hardiness of whitetail deer, not to mention the life-saving qualities of dumb luck.